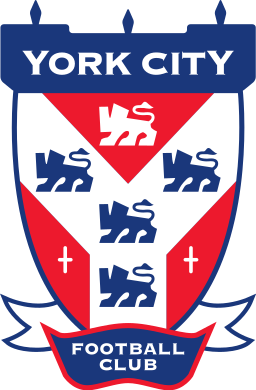 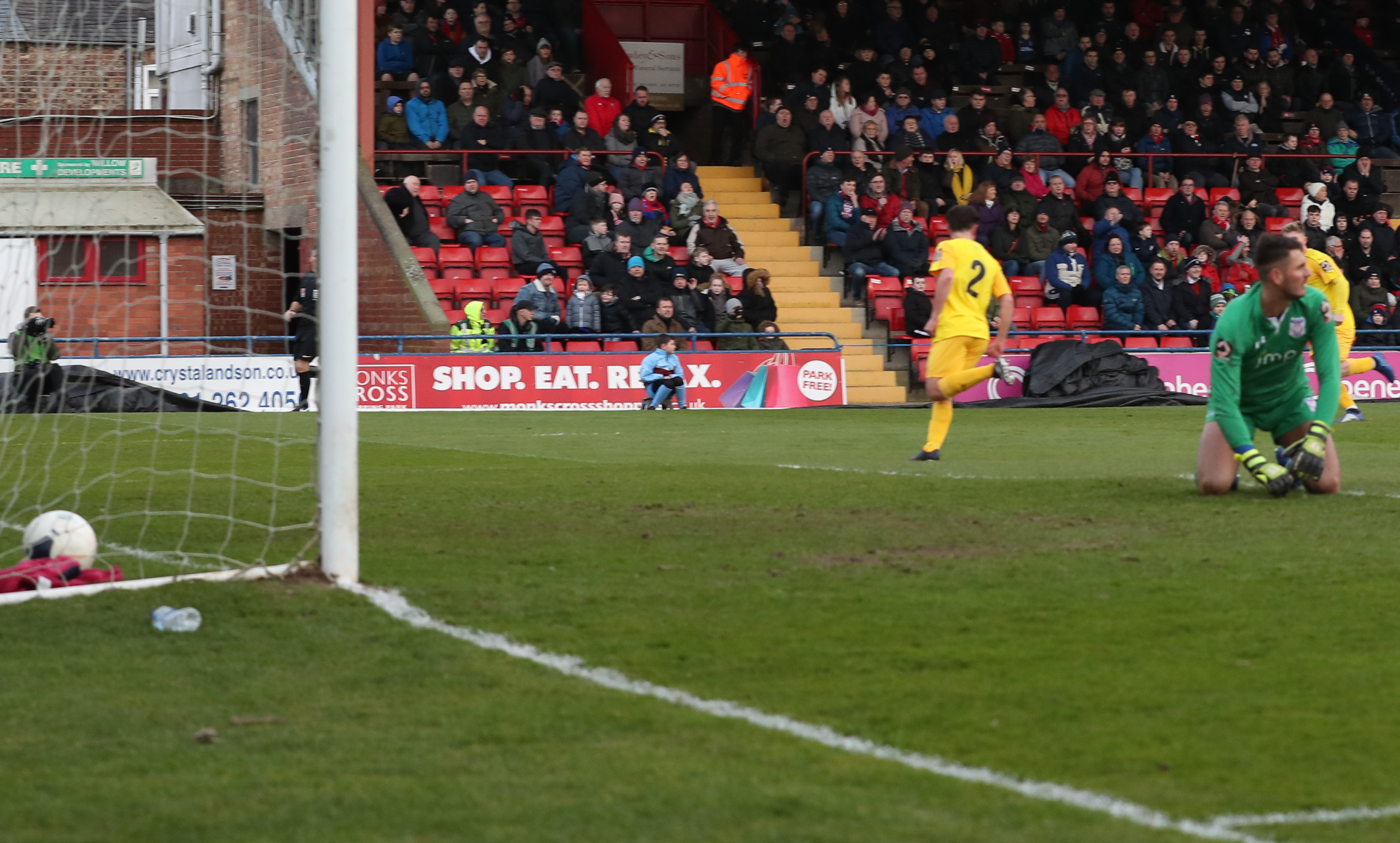 Goals from Jamie Morgan and George Glendon weren’t enough as York scored four times to put the Blues’ shaky defending to the sword.

The Blues made four changes from the side that lost two-nil at Gateshead as Kevin and Gary Roberts, Gary Stopforth and Anthony Dudley made way for Jamie Morgan, George Glendon, Scott Burton and Elton Ngwatala.

It was the hosts who made a lightning start though, earning a corner inside the opening thirty seconds that Newton flicked on for Willoughby who could only hook over the crossbar.

Chester struggled to get going in the opening stages and York were gifted another opportunity to take the lead as Simon Grand’s header back to Russ Griffiths was short and Jordan Burrow snuck in, with Griffiths forced into making a good save.

The hosts made their pressure pay as they forced a run of three consecutive corners, with the third meeting the head of Sean Newton, who converted from close range after just nine minutes.

Chester responded well though and found the equaliser within six minutes, Elton Ngwatala showed good strength in the middle of the pitch to win the ball, he played it into Morgan, who exchanged a one-two with Asante, before drilling a superb low effort beyond Peter Jameson.

York were equally impressive in responding from the setback though as they again force three corners, and again the third one became Chester’s undoing. The Blues had plenty of opportunities to clear but couldn’t get a header out the area due to the swirling wind and in the end Kieran Green’s header snuck beyond Russ Griffiths’ reach and into the back of the net.

The Minstermen had the ball in the back of the net again before the half hour mark as Jordan Burrow turned home a cross, but the linesman’s flag came to the rescue of the Blues.

Both sides still looked vulnerable at the back as Livesey’s header down in the York area was cleared away before Burrow headed tamely at Griffiths at the other end.

The chances kept coming in the first half as Brad Jackson couldn’t connect cleanly with a volley before Joel Taylor fired an effort from 25 yards over the crossbar.

But then with five minutes to go until half time, York added a third. Again Chester’s defence will feel they could have dealt with it better, Kieran Green’s pass bounced back to him from three Blues defenders, before he crossed to the back post for Kurt Willoughby to bundle home to give York a two goal cushion at the break.

The Blues re-shaped, moving to three at the back and bringing James Jones on early in the second half and it paid dividends almost immediately as Joel Taylor’s deep ball wasn’t cleared by McNulty and George Glendon, with plenty of time, picked his spot low and drove past Jameson.

Again the comeback was short lived as York added a fourth on the hour. Sean Newton’s initial shot was pushed away by Griffiths before the ball was played back into the box and Willoughby was alone to guide the ball into the back of the net.

The Blues’ task got even more difficult with twenty minutes to go as Jamie Morgan was shown a second yellow card in five minutes and given his marching orders by referee Scott Tallis after a late challenge on David Ferguson.

With the extra man York tried to extend their lead and Fylde loanee Willoughby was denied a hat-trick as Griffiths saved down low, shortly after Sean Newton fired well over the bar and Dan Maguire fired wide when inside the Blues penalty area.