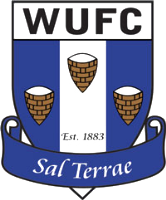 The Blues advanced into the Third Round of the Cheshire Senior Cup this evening with a convincing win over North West Counties side Winsford.

Following a goalless first half, Chester turned on the style in the second 45 to score four goals without reply.

Nathan Brown opened the scoring with a superb header into the corner from Iwan Murray’s cross from the left flank.

Murray then won the free kick to create the second goal. 20 yards out, George Green curled a beautiful effort into the top corner.

The teenage winger signed a new deal at the club last week – and was putting in a fantastic performance. After having a hand in the first two, he scored his own. Murray raced clear and sidefooted the ball into the bottom corner.

A loose ball fell to Brown with less than a quarter of an hour remaining to make it a brace, lashing the ball into the corner of the net.