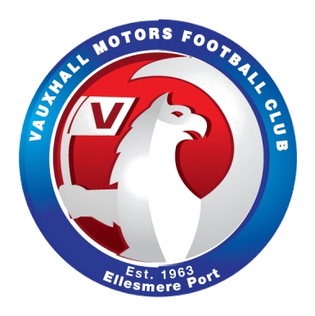 The Blues were victorious in game six of pre-season tonight with a comfortable victory over Vauxhall Motors.

John Johnston got his first goal for the club inside 120 seconds of kick off and set the tone for a dominating opening 45 from Anthony Johnson and Bernard Morley’s side. Teenager Will Goodwin proved to be a menace up top throughout, and provided the assist when he sped down the left and cut the ball back for Johnston to lash into the roof of the net.

Goodwin would himself twice go close inside the opening quarter of an hour. His acrobatic effort in the six yard box following a corner scramble was pushed away by ex-Blue Ryan Crump – before again he beat the defence moments later only to see his effort strike the underside of the crossbar. George Waring’s scoring exploits continued to make it two on twenty minutes. Johnston turned provider, hanging up the cross for the big frontman to bullet a header into the goal; making it four in three for the 25-year-old.

Two became three on 32 minutes, and defender Simon Grand was in the right place to turn home Waring’s knockdown and send the Blues into the break with a commanding lead.

The game settled down in the second 45 as Chester made changes aplenty – and Danny Elliott twice went close to yet another pre-season goal.

He was denied by Crump on both occasions, with the keeper firstly beating his free kick away – before moments later pushing his powerful strike on to the crossbar. A fourth goal was to be added late on – as the Trialists combined. Trialist D clipped a delightful ball over the defence for Trialist C, who took a touch and slotted home to round off the win.