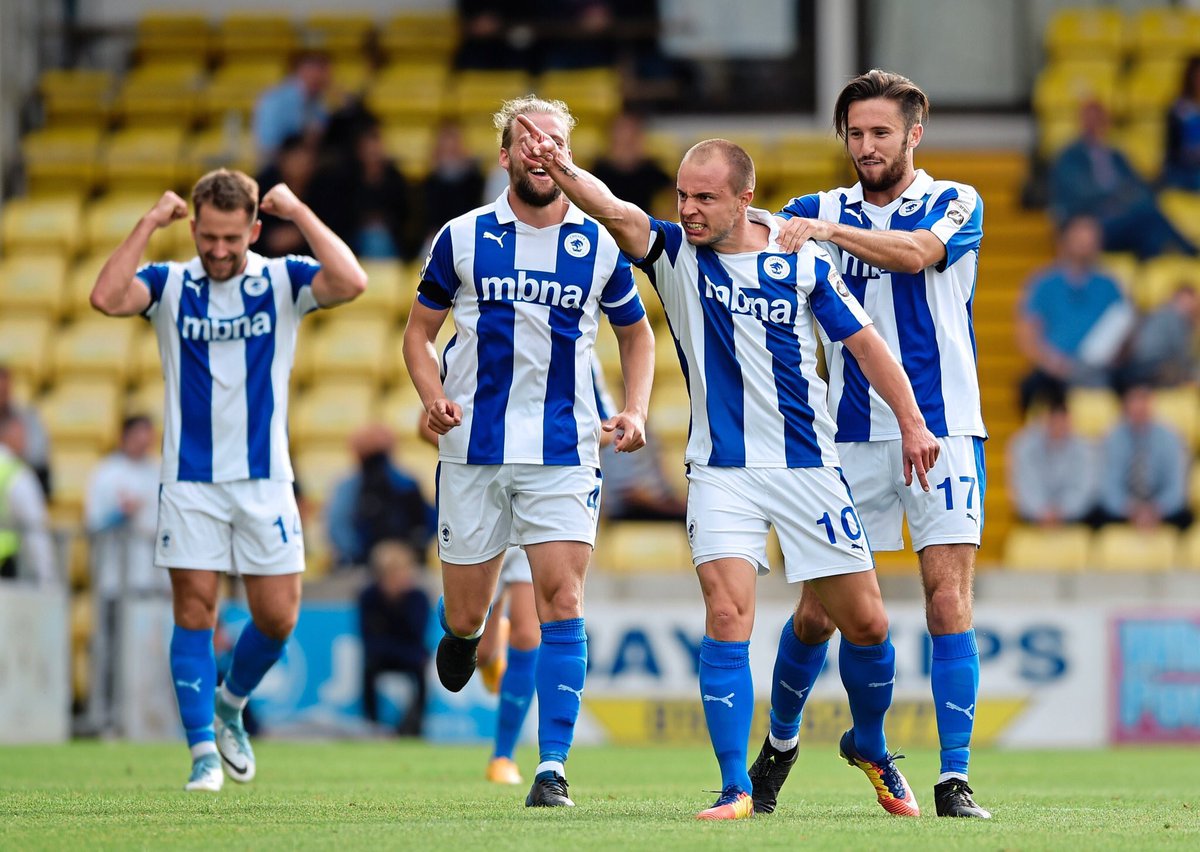 Chester claimed an injury time equaliser to draw 1-1 with Torquay United at Plainmoor in the National League.

George Dowling’s 12th minute effort proved to be the difference between the two sides in the first half, but Ross Hannah arrived at the far post in added time to nod home the leveller for the Blues.

Robbie Herrera found himself on the touchline for the Gulls yet again, following the sacking of Kevin Nicholson last week. With no wins from his three in caretaker charge of the Devon-outfit, Herrera’s side have sat at rock bottom since the start of the campaign.

Chester were missing an integral aspect of their midfield with the absence of Paul Turnbull due to a family bereavement. A return to the starting line-up for Nyal Bell and James Akintunde provided more options in the striking department for the Blues.

But it was the home side who were gifted with an early lead through Bristol City loanee George Dowling. Given far too much space to collect a deflected clearance on the edge of the area, the 18-year old shifted onto his right foot and curled his strike into the top corner – leaving Blues keeper Alex Lynch rooted to the spot.

Jon McCarthy’s side continued to press for an equaliser in response to the Gulls early lead. Captain John McCombe would have counted himself unlucky not to send his header past debutant keeper Vincent Dorel – after his chance from a Dawson corner struck the inside of the post.

Kingsley James squandered the visitor’s best opportunity to reply when he guided his shot inches over the crossbar, following some excellent work on the left flank by winger Craig Mahon.

Before the break, the Blues continued to press to notch an equalising goal. Former Chester full back Ryan Higgins saw his attempted clearance deflected onto the back of James, before striking the top of the crossbar – and sparing his blushes.

Torquay thought they doubled their lead when James Gray sliced a half volley into the top corner – only for the referee to deny the Gulls their second goal mid-celebration.

Sam Purkiss believed John McCombe went down with a head injury before the goal was scored, therefore play should have been stopped before Gray struck his effort.

Despite the nervous jitters following Purkiss’ decision to deny the home side a two-goal advantage, Chester pressed forwards consistently in the search for that equaliser.

Nyal Bell escaped Ryan Higgins’ attentions again as he ran deep towards the by-line before cutting his shot across goal – only to be denied by the outstretched legs of Dorel.

Early into added time and the Blues pulled the game level through substitute striker Ross Hannah. Fellow substitute Tom Shaw nodded the ball on for the returning Blues striker who headed past Dorel between the sticks for Torquay.