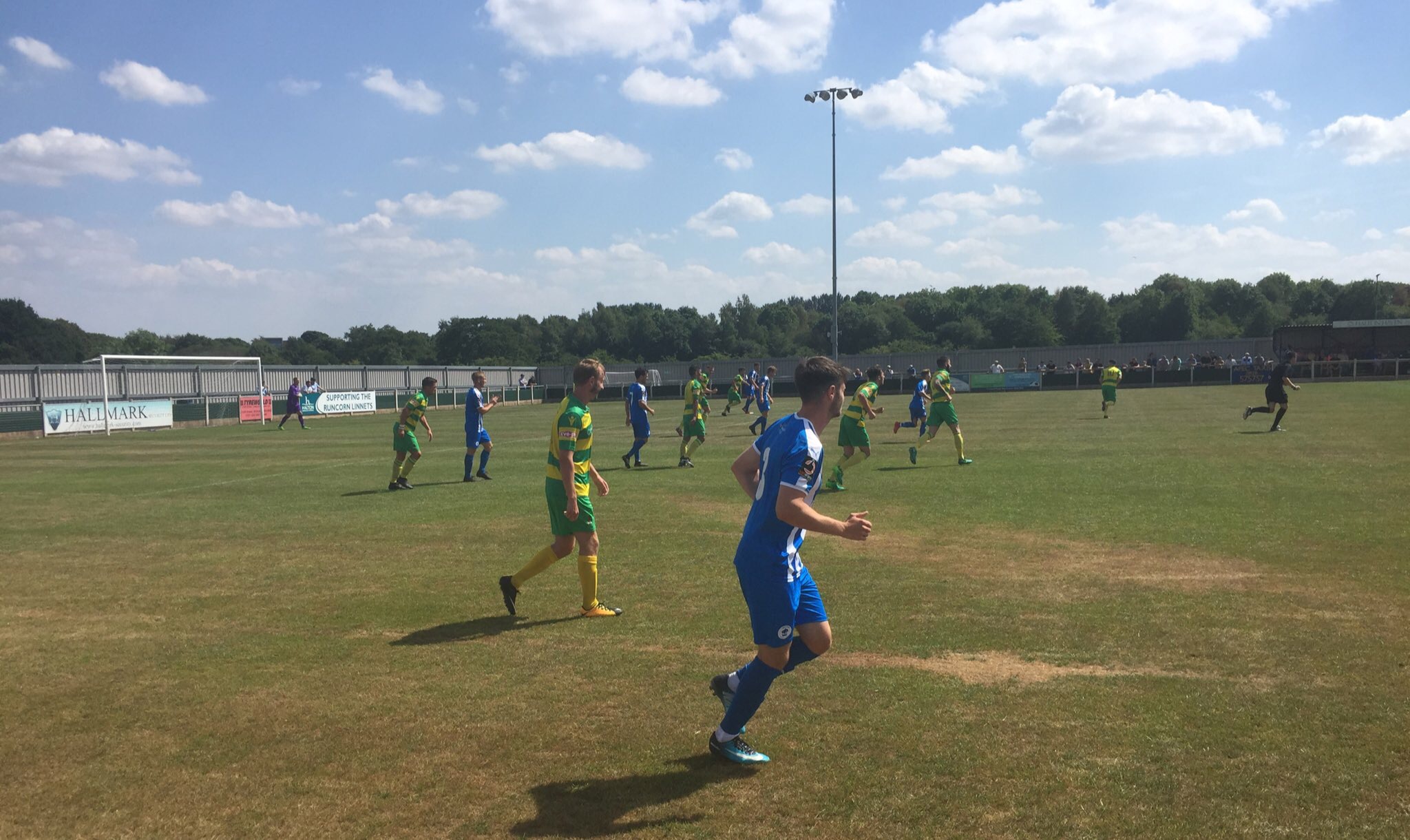 The Blues concluded their first week of pre-season action with an entertaining victory over Runcorn Linnets this afternoon.

Steven Howson and John Pritchard got on the scoresheet for the Blues in the first half.

After the break, Trialist A then made an impression with a brace – and a bizarre own goal from Runcorn’s Trialist F sealed the win.

Nine minutes into the game -the Blues got their breakthrough at the Millbank Linnets Stadium. Pritchard’s inswinging corner from the right found the head of Howson who nodded home.

However, the Linnets levelled just after the quarter of an hour mark. The Blues defence appeared to stop in their appeals for an offside, but the flag stayed down enabling Freddie Potter to race through and score.

After the hosts spurned a glorious opportunity at one end, Anthony Johnson and Bernard Morley’s side took the advantage into the break from the penalty spot. Trialist A was bundled over inside the area, and Pritchard bounced back from his penalty miss on Tuesday to send the keeper the wrong way and score.

The advantage was stretched to two goals after the interval. Moments after Academy Graduate Nathan Brown was denied by the keeper, he turned provider – clipping a delightful ball over the top for Trialist A to show composure in heading beyond the goalkeeper and tapping into an empty net.

Nevertheless, just a matter of seconds later, the hosts had reduced the deficit once more. Some sloppy defending allowed Runcorn’s Trialist C to get in behind and beat Grant Shenton.

The goals didn’t stop there though, as Chester got another in bizarre circumstances just after the hour. Trialist F from the home side made a huge error in passing the ball beyond his own goalkeeper and into his own net, moments after coming off the bench. Not the best impression.

The Evo-Stik Division One West side had some good spells going forward in the game, and got their third as Potter found Paul Shanley in space to tuck it into the back of the net.

Trialist A made it a brace late on and sealed a Chester win, latching on to a superb Dan Mooney cross to turn the ball into the bottom corner.