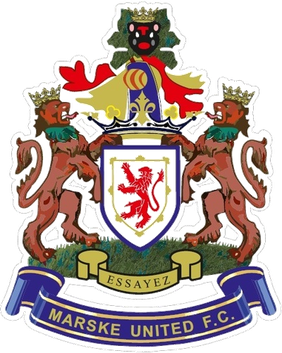 For the second successive round, Chester battled to a goalless draw in a tricky Emirates FA Cup away tie.

That means that once more, a replay will be required at the Deva Stadium this coming Tuesday night.

Bern and Jonno’s side reflected two changes from the thumping 5-1 win over Blyth Spartans seven days ago – as Dan Cowan and Danny Livesey replaced Matty Williams and Simon Grand.

Marske’s threat from the long throw of Liam O’Sullivan was clear from the first whistle, but the Blues defended it well throughout. The Seasiders’ best chance of the half came on 19 minutes when Curtis Round cut inside of James Horsfield, but his low effort was wide of the post.

Six minutes later and Chester had a big chance. Horsfield’s clever pass over the top found skipper George Glendon, his initial shot was palmed up by Ryan Catterick and George Waring couldn’t quite turn the ball home from close range.

They then almost had an opener just before the interval as Declan Weeks combined nicely with Waring to get into the box, but the ball took a wicked bobble as the midfielder pulled the trigger.

Marske came out strong at the start of the second half. First Andrew May’s glancing header from a corner was well turned off the line by the the defending Josh Askew, before Glen Butterworth fed Adam Boyes, but Louis Gray was quick off his line to smother the attempt.

At the other end, Livesey met a dangerous Glendon free kick on 68 minutes but was on the stretch and couldn’t quite turn it towards the goal.

Chester pressure continued. The same combination forced Catterick into a save before he was again worked to stop Dudley’s near post attempt.

A corner moments later caused danger for the Seasiders, as Weeks saw his shot blocked before Paddy Lacey’s volley was saved.

It was the substitute Lloyd Marsh-Hughes that had the biggest opportunity of the game though, harassing defender May into making a mistake – which he did – but the frontman sidefooted his close range shot wide of the far post.

Matty Tymon volleyed over late on for the home side, as an even game finished all square.