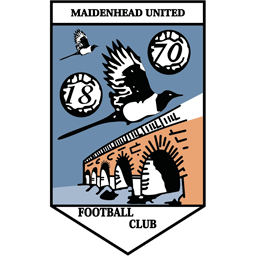 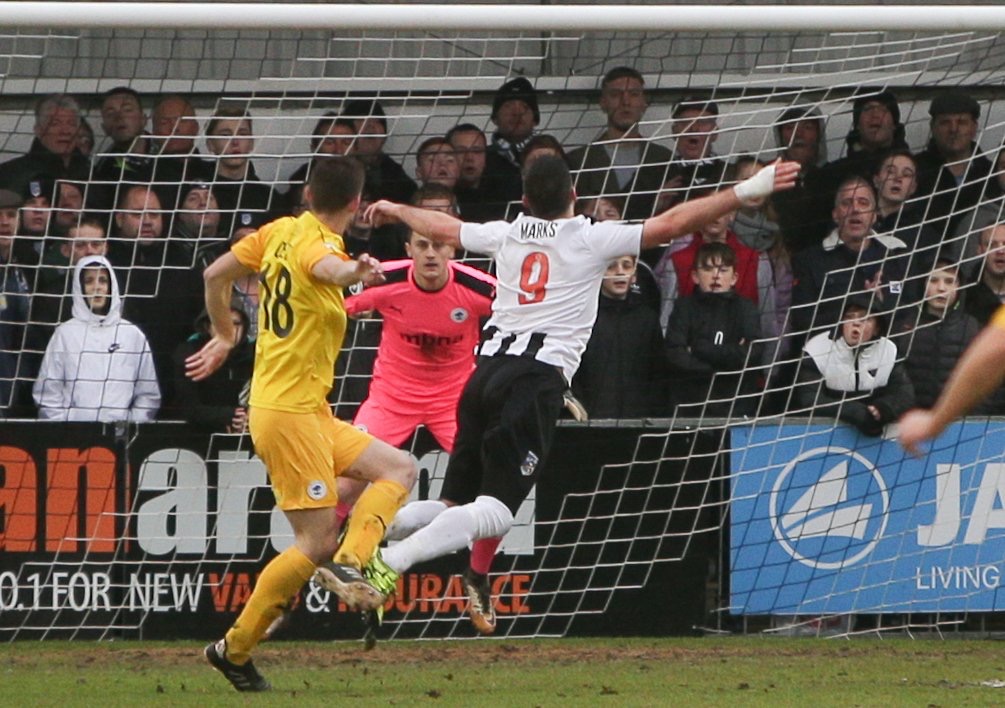 A trio of first half strikes condemned Chester to defeat at Maidenhead United, who ran out comfortable winners in the National League clash at York Road.

A double from Harry Pritchard and a stunning goal from Sam Barratt secured all three points on a frustrating afternoon down south.

Chester had never previously played a competitive fixture at York Road, and made their first ever visit to the historic Berkshire ground in its 147th year of hosting the Magpies league matches.

A slippy, testing surface ensured both sides found a calm passing game hard to come by, and neither side had any clear-cut chances to trouble either goalkeeper in the early stages.

Blues fell victim to a successful penalty appeal just over ten minutes into the game, and after James Jones may have looked to bring down Sean Marks in the area, referee Carl Brook pointed straight to the penalty spot.

To add to the visitor’s woes, Brook showed the 18-year old defender a red card, the official’s sixth already this season. Harry Pritchard showed composure from 12-yards to send Sam Hornby the wrong way, and place the Magpies firmly in the driving seat early on.

Within a matter of minutes, Alan Devonshire’s side’s direct style of play punished the Blues yet again – as Pritchard netted his second of the encounter. The 24-year old evaded his opposite number to collect a nod down from strike partner Sean Marks, and place his effort from within the area beyond Hornby.

Maidenhead looked out of sight before the interval, as Sam Barratt curled a magnificent strike from the edge of the area to add the Magpies third of the match. Despite a slight spell of Chester pressure, as Carl Pentney tipped Tom Crawford’s superb free kick effort over the crossbar, the home side countered, and Barratt netted his sixth goal of the campaign.

Jordan Archer’s addition to the side at the break seemed to add more strength up top in the second half, and the Blues began to hold the ball up. The young striker caused problems alongside Harry White, but could not create anything which could test Pentney.

Stripes winger Pritchard came extremely close to securing his hat trick with just minutes remaining at York Road. A quick twist and turn move within the area resulted in the Maidenhead man unleashing a rasping effort, which Hornby palmed away from danger with ease.