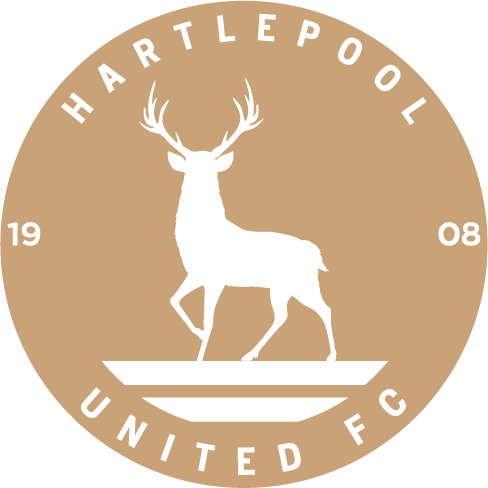 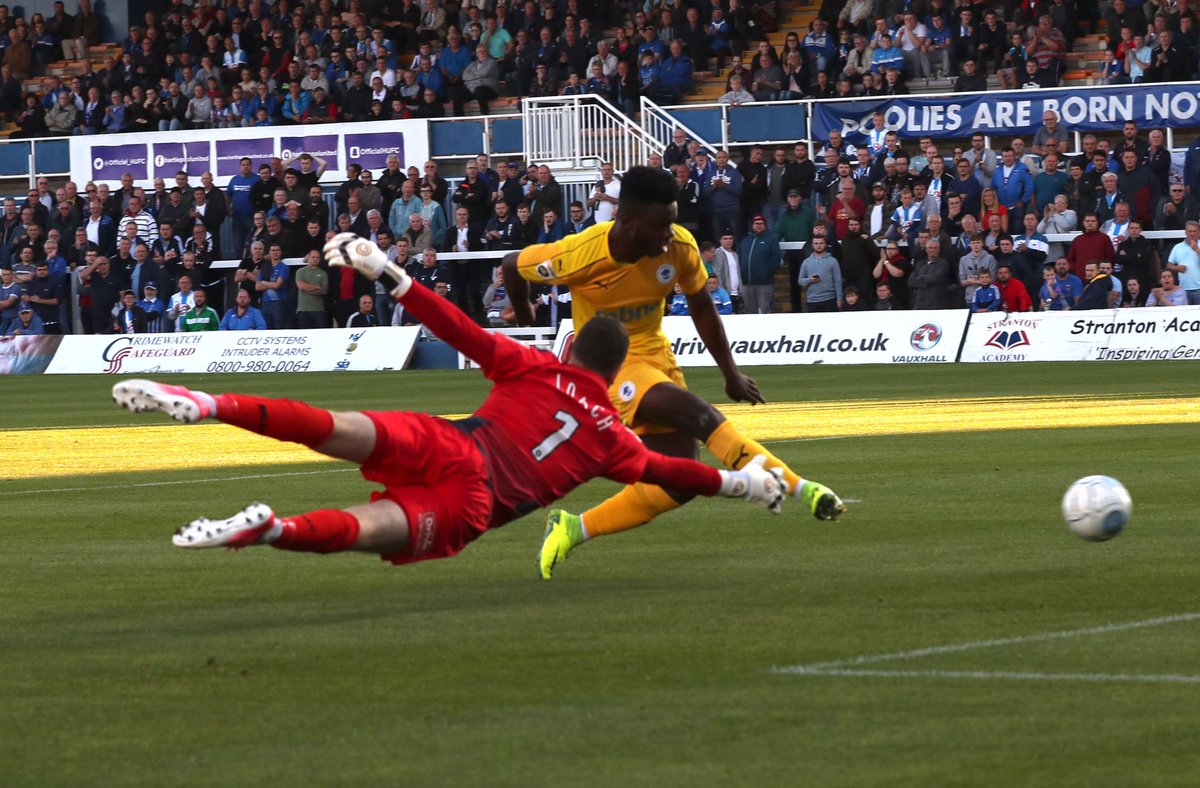 Chester FC secured a good point away to Hartlepool, but rode their luck throughout the game. The Blues took the lead in just 57 seconds and defended valiantly for seventy minutes before being undone by Jake Cassidy’s header, while the hosts will feel they could have won the game having struck the woodwork on three separate occasions.

The Blues were without Nyal Bell, who is still suffering from a facial injury suffered against AFC Fylde in the opening game of the season, whilst all-action forward Harry White was only on the bench, with James Akintunde getting the nod as McCarthy kept with the 4-4-2 formation.

Chester made the perfect start as Ross Hannah intercepted a short pass to goalkeeper Scott Loach from Scott Harrison, his effort was blocked but James Akintunde was on hand to coolly slot home to hand the Blues a lead with just 57 seconds on the clock.

The hosts responded quickly, with Deverdics beating Rowe-Turner but nobody was able to meet his cross.

Shortly after it was Ryan Donaldson with an effort after some smart play from Conor Newton but Blues ‘keeper Conor Mitchell was able to comfortably gather and hold onto it.

In an open game, the Blues were able to create trouble for the hosts with Mahon firing narrowly wide from 25 yards before Paul Turnbull flicked a cross to Hannah, who vollied home only for the offside flag to be raised.

Hartlepool almost found an equaliser after 20 minutes as Padraig Amond broke beyond the Blues back line but Conor Mitchell did brilliantly to deny him with his feet, before Rowe-Turner was able to scramble across and clear the danger from the advancing Donaldson.

Midway through the first half saw the hosts starting to gain momentum, as Nicky Deverdics’ header from a Carl Magnay cross was only denied by the woodwork, and moments later Jake Cassidy was played through by Amond but his effort was just over the Blues goal.

As the half went on Hartlepool started to push harder and Ryan Donaldson again was denied, this time by the diving block of Ryan Astles.

With ten minutes remaining in the first half the Blues had to thank their lucky stars once more, the dangerous combination of Magnay and Deverdics linked up again, the former with the cross from the right, the latter striking the crossbar once more, with Mitchell beaten.

That was as close as the hosts would come in the first half, and at the interval the Blues lead 1-0.

The second half started slower than the first, with neither side able to create many clear cut chances in the opening salvo, it wasn’t too long before the hosts started to apply a little more pressure as the Blues dropped into a 4-5-1.

Hartlepool created another good chance and it was the impressive Magnay again involved, playing a one-two with Donaldson before squaring to Newton but his shot wasn’t clean and didn’t trouble Mitchell.

Chester still looked dangerous on the counter attack and Lucas Dawson curled a lovely effort to the top corner but Scott Loach was across well to read it and make a comfortable save.

The Blues were forced to ride their luck again as Hartlepool struck the ball for a third time in the game. The Blues had headed a corner to the edge of the area before Carl Magnay vollied it back towards goal, only to be denied by the crossbar.

The visiting side’s resistance was broken with just under twenty minutes remaining, with the Blues left feeling aggrieved as they felt Conor Mitchell was impeded by Jake Cassidy, as the Pools striker headed home.

Chester tried to regain their lead as Andy Halls’ cross found Harry White, but his header was too close to Scott Loach in the Hartlepool goal.

As the fourth official held up five additional minutes it was 90th minute substitute Devante Rodney with a chance to win it for the home side. After breaking through the Blues back line, Rodney looked to square it to Amond but could only play it straight to Mitchell, much to the Blues relief as they secured their third straight draw!