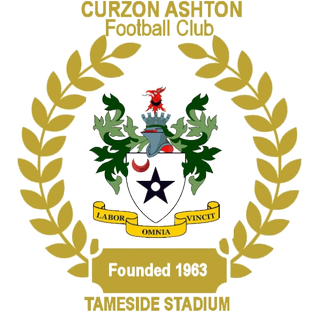 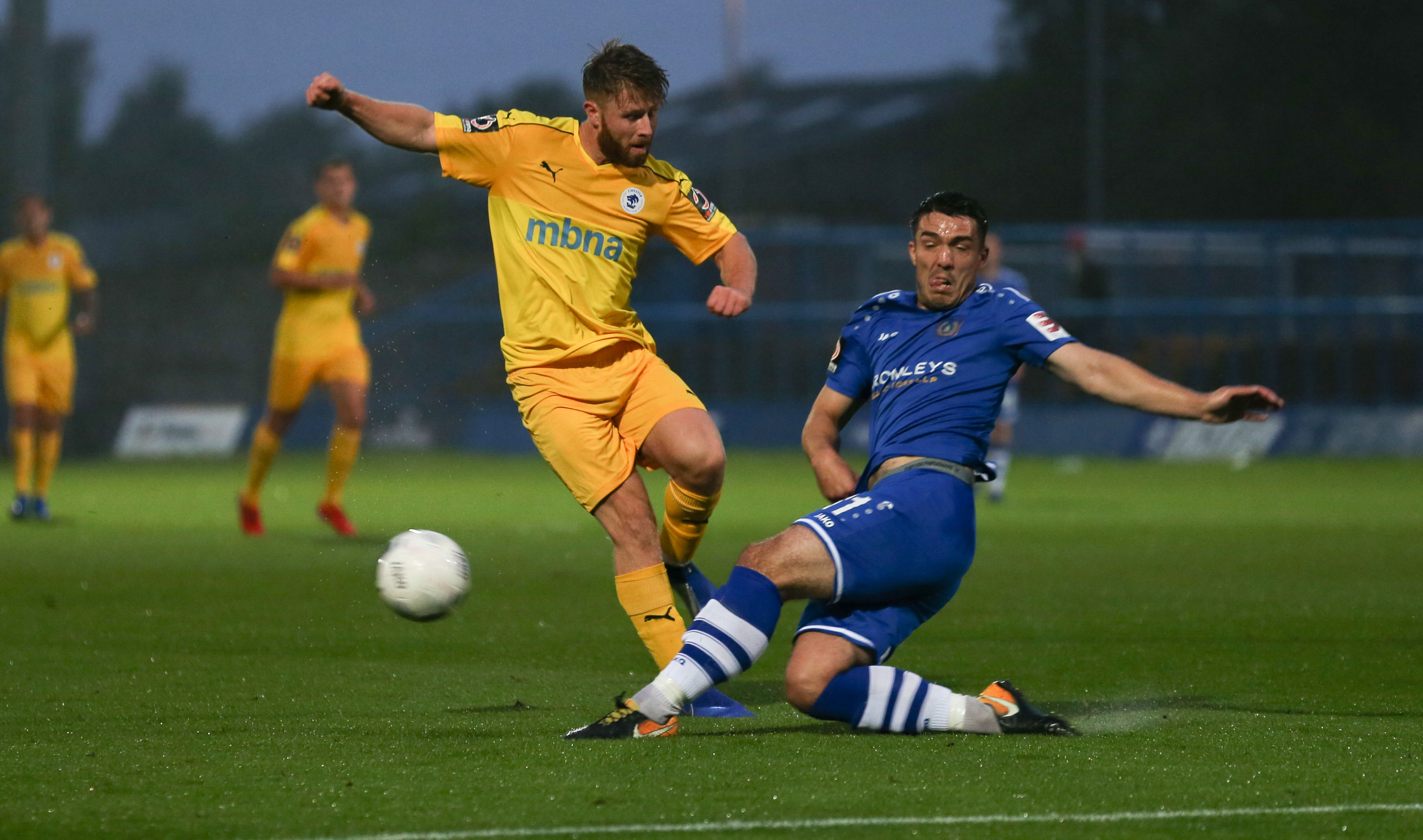 Chester recorded their fifth win of the season after a resilient 3-1 triumph at Curzon Ashton’s Tameside Stadium.

Matty Hughes tapped home at the back post after just five minutes to send the impressive travelling support into delirium before Matt Regan silenced the Yellows with a quick response as the hosts dominated the majority of the first period.

Then came the break and a refreshed Chester came steaming out of the blocks with two quick finishes from Akwasi Asante and Kevin Roberts to steer the visitors to victory.

The Blues deservedly climbed back into the top three as a result, whilst Curzon dropped to 16th.

Chester were unchanged from the controversial 2-1 defeat away at Spennymoor on Saturday and started the brighter of the two, winning a free-kick on the edge inside the opening minute, though this was delivered to no avail from Joel Taylor. A mix-up between two home defenders soon followed as the pressure was applied early doors.

Then the visitors took the lead after a mere five minutes. Taylor, attempting to work an opening on the edge, took on a shot which deflected into the path of new signing George Glendon. His cross was excellently nodded on by Simon Grand into the path of Hughes who side-footed home.

Curzon quickly responded with their first venture forward of the contest as Callum Saunders’ shot was blocked by Scott Burton. The in-swinger that followed arched narrowly over Russ Griffiths’ crossbar.

A fast-paced ten minutes continued as Glendon flashed a shot across goal from a tight angle which nearly caused problems for Cameron Mason in the hosts’ goal. Hughes then tried his luck from distance but his effort was easily gathered by the ‘keeper.

Nearly 20 minutes gone and Nicky Wroe slammed a shot towards Griffiths from the edge but Grand blocked well. Appeals for a handball were quickly dismissed and the resulting corner was cleared.

However the Nash kept plugging away and an Andy Halls cross found the head of Regan who levelled the scores on 21 minutes.

The hosts were well and truly on top in the following few moments and a constant flurry of corners provided a number of opportunities, mostly headers, for the home side to complete the turnaround but these were not converted.

The last 15 minutes or so was a scrappy affair of few chances and mistakes aplenty. The referee blew for the break with both sides enjoying a share of the spoils as it stood.

Curzon flew straight out of the traps in the second half as they pressed down the left side but great work down the same channel from Hughes gave the visitors a throw-in. Quickly taken into Brad Jackson, the winger burst to the by-line and cut the ball back for Asante who slammed home his sixth of the season as Chester retook the lead.

The Seals’ fantastic restart continued as Taylor’s corner on the right side was whipped onto the head of K.Roberts who smashed the ball beyond Mason. The lead extended on 51 minutes as the away side looked rampant.

Glendon charged forward from the centre of the park with nearly an hour gone, driving the ball into the side netting on the right side Chester had dominated.

Superb work from Hughes in the middle to see off two Nash defenders and feed Jackson down the right channel saw the winger fire across goal but just wide after a blistering run. Asante and the aforementioned Hughes linked up shortly afterwards with the lively latter curling an effort into the diving palms of Mason. The clock showed 20 minutes left as Chester continued to cause problems.

Two bites of the cherry for substitute George Waring weren’t enough to give the Blues a fourth, the first blocked before the towering forward curled wide.

Waring was back in the thick of it towards the end as he fed the rushing Jackson, though his effort was parried behind.

The full-time whistle blew shortly afterwards and Chester were rewarded for their hard work in the second half as they wrapped up an excellent win.