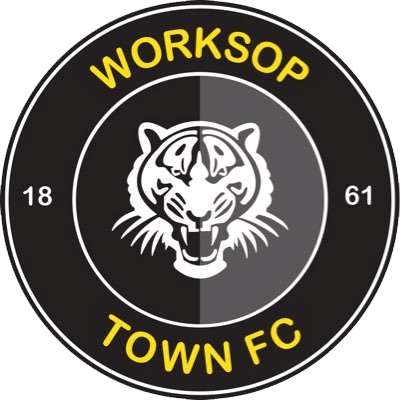 Chester advanced in a dramatic FA Cup tie – scoring two late goals before winning a penalty shootout in an afternoon that had just about everything. Ultimately it was Danny Livesey who proved to be the saviour in 90 minutes – scoring a late brace after being thrown up front.

Worksop had the first opportunity of the match, Jack Greenhough’s long throw was headed out to Connor Smythe – who caught his volley cleanly – but Gray was swiftly across his goal to make an excellent diving save.

Gray was a busy man in the opening quarter of an hour – and picked up a booking when he conceded a penalty. Sloppy passing out from the back saw James Baxendale intercept and go past the keeper before being brought down.

Worksop’s top scorer Vaughan Redford stepped up, but Gray was there diving to his left to save the penalty.

The game just seemed to calm down slightly after the penalty miss as the Blues grew into the game – but then the hosts would hit the front on 31 minutes. Greenhough’s whipped corner found an unmarked Oscar Radford who headed home at the back post.

Chester responded well to going behind and did start to create opportunities. Brad Bauress was the first to have an effort on target, but his shot was comfortably caught by Sebastian Malkowski.

Just before the break, George Waring went even closer. Bauress’ corner dropped kindly at the feet of the forward, however his snapshot struck the underside of the crossbar before being cleared. Half chances came and went at the beginning of the second 45 for Bauress and Danny Elliott – before a melee in the away dugout saw a lengthy delay – with Chester Joint Manager Anthony Johnson and Worksop Town First Team Coach Craig Rouse both sent off for their part.

After the Blues were getting some momentum into the game following the delay, they conceded a second goal. Jack Broadhead’s low skidding effort from distance found the bottom corner of the net.

But centre back Livesey being introduced up front late on proved to be a masterstroke. He halved the deficit when the 35-year-old bundled it over the line after sub Lloyd Marsh-Hughes’ cross had caused panic in the box.

Chester pressed on against a tired looking Worksop and got their second in the third minute of stoppage time. Again Marsh-Hughes was involved, Grand turned his header into the path of Livesey to bullet it beyond Malkowski. After the first seven penalties were converted in the shootout – Anthony Dudley, Gary Roberts, Kev Roberts and Marsh-Hughes all bagging – Gray pushed away Luke Hinsley’s effort before Grand’s blast from the spot sent the Blues into the Third Qualifying Round.