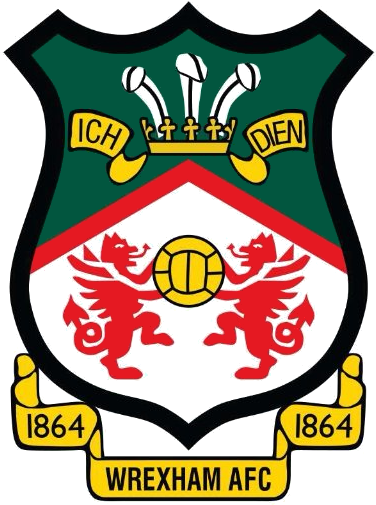 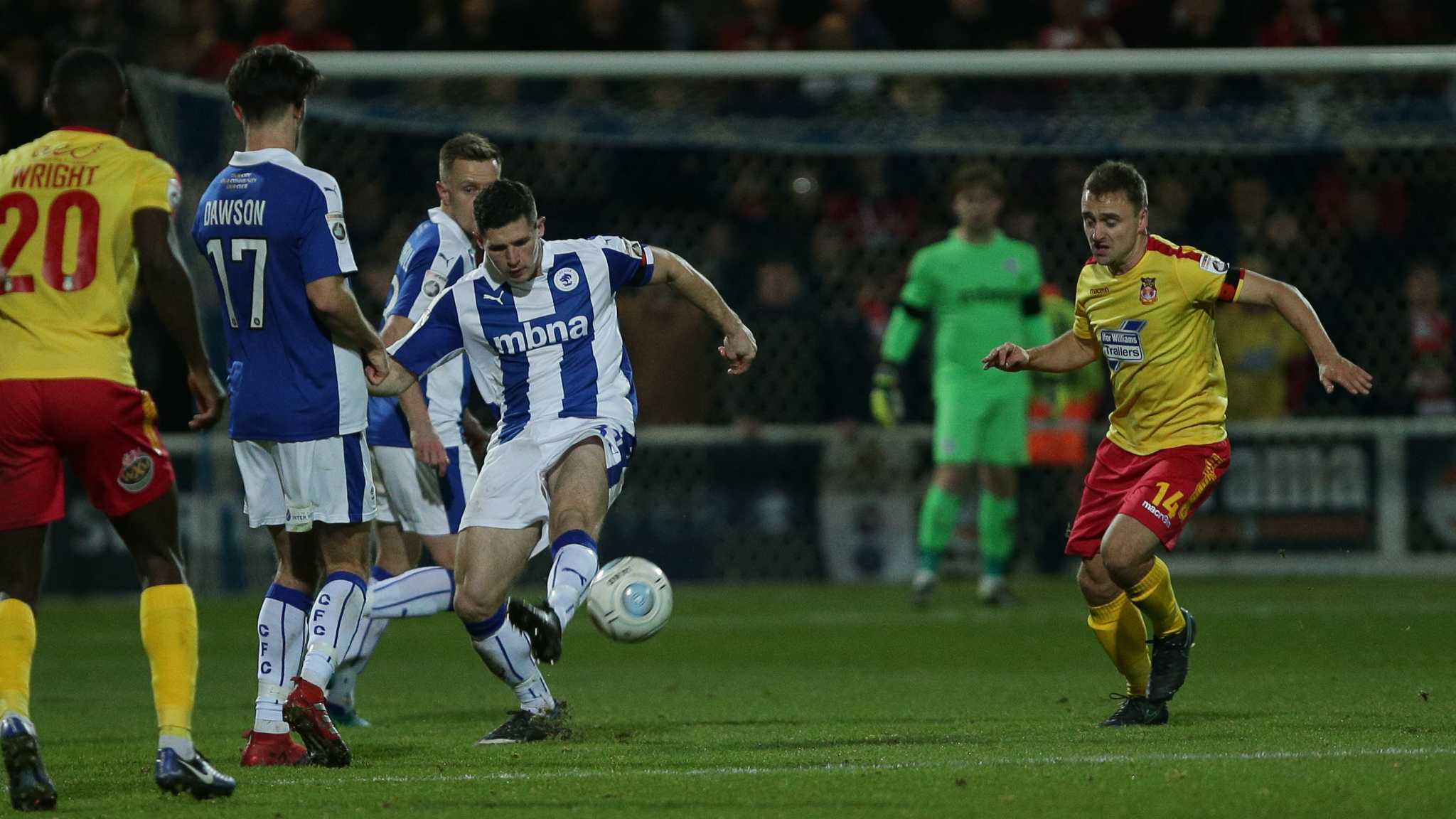 Chester were left to rue vital missed opportunities as they fell to a disappointing 1-0 defeat at the hands of local rivals Wrexham.

The Blues started the game brightly and a goal-line clearance from Manny Smith denied Jordan Archer from getting the Swansway rocking with a perfect start.

The Seals enjoyed great success playing the ball out from the back, and the free-flowing attacking trio of Ross Hannah, Jordan Archer and James Akintunde caused Wrexham numerous problems at the back.

Chester suffered a slight setback 25 minutes in as Reece Hall-Johnson pulled up suddenly when tracking Wrexham’s Marcus Kelly, and the 22 year old was forced to hobble off the pitch.

Superb build-up play from the Blues nearly created the first goal of the game. A neat interchange between Akintunde and Dawson freed up Hannah out on the right, and his teasing cross was met by the stretching head of Archer who fired just wide of the post.

The home side had appeals for a penalty waved away by referee Thomas Bramall, as Lathaniel Rowe-Turner’s headed effort appeared to strike the hand of Wrexham’s Sam Wedgbury.

Despite their opportunities, Chester found themselves trailing just before half-time. The away side were awarded with a sceptical free-kick inside Blues’ half and Wrexham took full advantage, as Kelly’s delightful in-swinging cross was met by the head of captain Shaun Pearson.

Bignot reshuffled to a 3-4-2-1 system for the start of the second-half as the Blues looked to have greater impetus in exploiting Wrexham down the flanks.

Five minutes had gone in the second-half when Paul Turnbull found himself receiving treatment after a late challenge from Wedgbury, although the Wrexham man escaped with just a yellow card.

Intense Blues pressure looked to have paid off 60 minutes in as the ball fell to Lucas Dawson 15 yards out, and his venomous half-volley rattled the frame of the woodwork.

Chester were consistently flawed by poor execution in the final third, despite the impressive levels of creativity when moving forward.

That looked to have changed moments later however, as Akintunde beat two defenders before cutting inside and rifling a beautiful effort that grazed the top of the crossbar.

Minutes later Rowe-Turner found himself being bundled over in the box, but much to the disbelief of Bignot and the Chester bench, Thomas Bramall pointed for a goal-kick and not a Blues penalty.

Wrexham captain Pearson was close to doubling the away sides lead in the 81st minute, but his header was held firm by keeper Alex Lynch.

Seconds after coming onto the pitch, Harry White blazed over an opportunity which the former Solihull Moors man should have at least hit the target with.

Chester continued to push for the elusive equaliser, with Ryan Astles watching his looping volley go over as he began to adopt to his new temporary striker role.

But the Blues’ efforts failed to bare any fruit, and were ultimately left thinking what might have been as Wrexham escaped with all three points. The Seals travel to Bromley next, with Bignot’s side desperately needing to secure a victory.