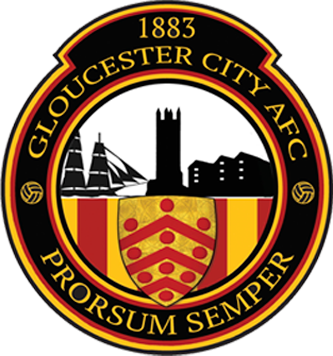 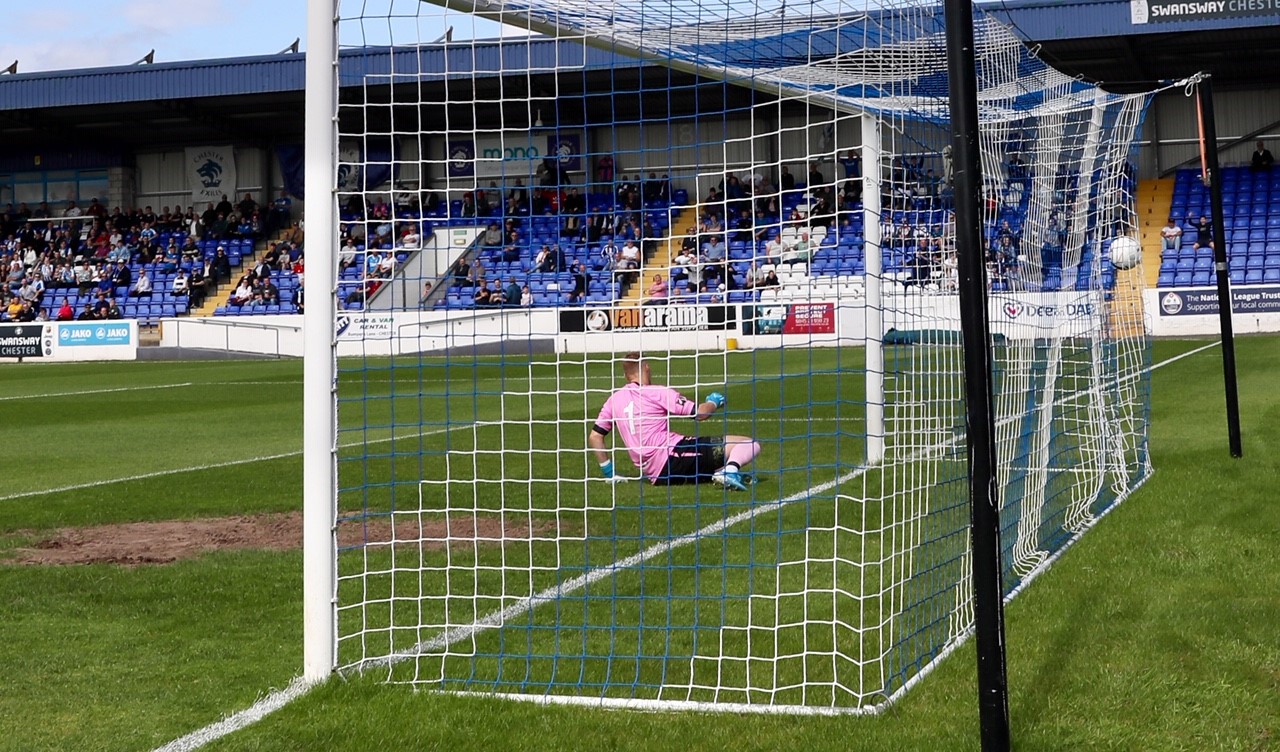 Chester FC recorded an emphatic victory over Gloucester City on a sunny afternoon at the Deva Stadium. A Danny Livesey strike from the halfway line, followed by a George Waring strike gave the Blues a two goal advantage after four minutes, before goals from Bradley Jackson and an Akwasi Asante penalty in stoppage time wrapped up the victory for the Seals.

Chester made one change from the side that faced Kettering during the week, where Akwasi Asante’s penalty earned a share of the spoils. Matty Hughes was the one to make the starting line-up, replacing Craig Mahon.

The Blues got off to the perfect start as Danny Livesey’s ball forward from the halfway line got caught in the wind and Zach Jeacock was caught underneath it, with the ball landing in the back of the net, giving the hosts the lead inside of the opening minute.

It got better for Chester as Matty Hughes showed superb control to bring the ball down before playing the perfect through ball to George Waring, who finished emphatically with his left foot from the edge of the penalty area.

The hosts were dominant and nearly added a third through some really nice play between Joel Taylor and Anthony Dudley before finding George Waring but his ball was just beyond Taylor’s run.

Gloucester almost found a way back into the game with their first chance of the game as the ball broke to Fabien Robert, but his effort struck the crossbar.

The chances kept coming for the hosts though as they won the ball back high up the pitch and set Matty Hughes clear on goal, but his effort with the outside of the boot beat the ‘keeper and passed the far post.

Chester started the second half brightly and Matty Hughes got in behind, only to be denied by Zach Jeacock, George Waring picked out Bradley Jackson, the Blues winger controlled it and fired between the legs of the defender and beyond Jeacock to give the Blues their third.

The Blues continued to press and had a couple of quick chances, first Matty Hughes forced a save low to the goalkeepers right, before Simon Grand met the resulting corner but couldn’t get his header on target.

Gloucester continued to search for a way back into the game and almost found it as Joe Hanks picked up the ball on the edge of the Blues box and saw his curling effort saved by Russ Griffiths in the Chester goal.

It was the Blues who were in the ascendancy throughout though and almost added a fourth as Gary Roberts won the ball high up the pitch, he played in substitute Danny Elliott but the Blues forward took a touch and a Gloucester defender managed to block his shot.

In stoppage time the Blues had the chance to score a fourth as Danny Elliott was brought down in the box, Akwasi Asante stepped up and just managed to beat Zach Jeacock in the Gloucester goal to wrap up the victory.