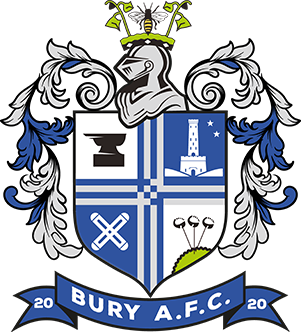 A flurry of second half goals saw the Blues victorious over fellow fan-owned club Bury AFC this afternoon.

Chester were twice pegged back by Bury – George Glendon and Matty Williams goals being cancelled out by Jono Hunt and Scott Metcalfe – before Harrison Burke and then James Hardy struck the seal the win.

Chances were a regular occurrence throughout this pre-season encounter. It started with a Blues new signing in Dan Cowan heading just wide at the far post after a fantastic cross from Glendon.

Moments later Louis Gray had to be alert to tip Tom Greaves’ attempt from the edge of the box round the post.

Another recent Chester arrival should then have put the home side in front after ten minutes. Good work initially involving John Johnston and Glendon enabled Darren Stephenson to run through, but Jack Atkinson got a strong hand to the ball as the striker looked to round him up.

The best chance of the half though was squandered by Anthony Dudley. Cowan was pushed in the box on 11 minutes and Referee Matthew Young pointed to the spot. Dudley stepped up for the spot kick but struck the foot of the post and rebounded clear.

Dudley’s nemesis was to be Atkinson once again on the half hour mark – a strong one handed stop to deny the attacker. Moments later, Jude Oyibo curled over the bar in space just inside the area.

The second half saw the deadlock broken within three minutes though, and it was the Skipper who found the goal. At the end of a flowing move from the right which was worked inside, Stephenson touched the ball back for Glendon to rifle home.

Sub Matty Williams put the Seals back in front just after the hour mark, turning home Hardy’s corner for the number seven’s first assist of a sublime second half.

But the Shakers weren’t behind for long and scored the goal of the game on 68 minutes. Scott Metcalfe whipped a stunning free kick into the top corner from distance.

With a quarter of an hour remaining, one of our own put Bern and Jonno’s side back in front. Hardy again with the delivery – and teenager Burke bulleted a header beyond Atkinson in front of the Harry Mac.

The result was sealed with a minute of normal time remaining. Hardy capped off an excellent performance with a superb solo goal. Dancing beyond two challenges, the attacker found the bottom corner with a precision low shot.