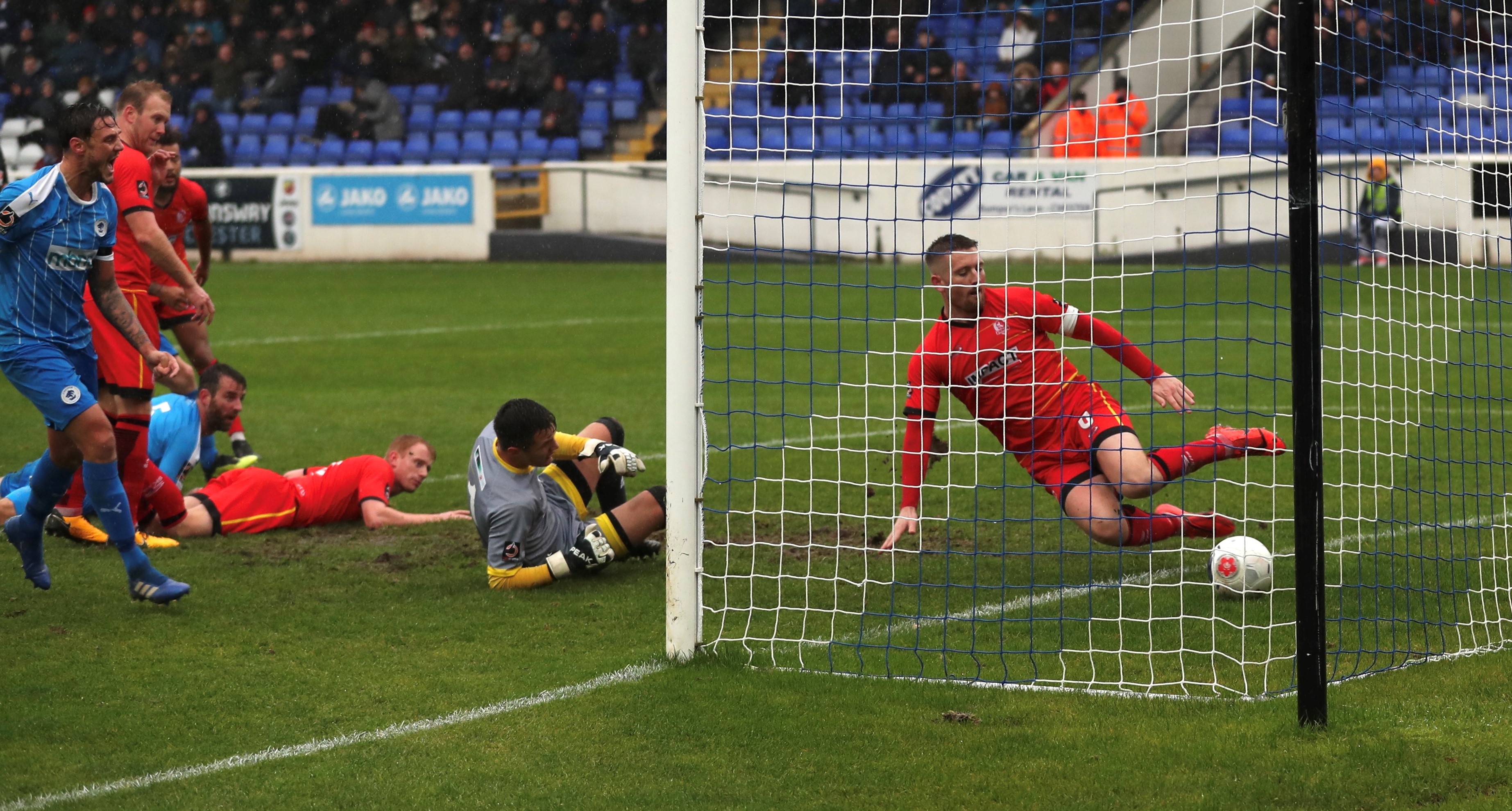 Chester FC returned to winning ways with a convincing victory over Alfreton Town as a brace from Danny Livesey and Danny Elliott secured the points for the Blues.

Anthony Johnson and Bernard Morley made two changes from the side that drew to Brackley a week earlier, with Matty Waters and Matty Hughes coming in for Anthony Dudley and Danny Elliott.

There was a quiet start to the game in the pouring rain, the visitors forged the first chance of the game as the ball was cut back to Amari Morgan-Smith but he fired the ball well over the crossbar.

Alfreton almost took the lead just after the half hour mark as a corner was met by Shane Killock, brother of former Blues defender Ross, but his header glanced the crossbar as it went over.

It was the Blues who took the lead though three minutes later in bizarre circumstances, Matty Waters’ free kick was headed down by George Waring and an attempted Alfreton clearance struck the falling Livesey and rebounded into the net.

The hosts had a couple of chances to increase their advantage shortly after as George Waring first fired over the crossbar when he had time to control it, before a cross aimed for the big frontman was taken off his toes as he looked to convert.

Chester started the second half much brighter and doubled their advantage within two minutes. After a corner was cleared out to the edge of the box, Gary Roberts hung a ball into the penalty area, Simon Grand knocked it down for Livesey to fire home through several bodies to bag himself a brace.

The Blues thought they had a third late on as a Joel Taylor corner curled straight in but the referee gave a fortunate free kick for an infringement on goalkeeper Charlie Andrew.

However, they got their goal in a bizarre passage of play that followed.

The Alfreton goalkeeper took the free kick quickly and the visiting side gave the ball to Danny Elliott, who ran into the penalty area, nutmegged a defender, and finished well in front of the Harry Mac.