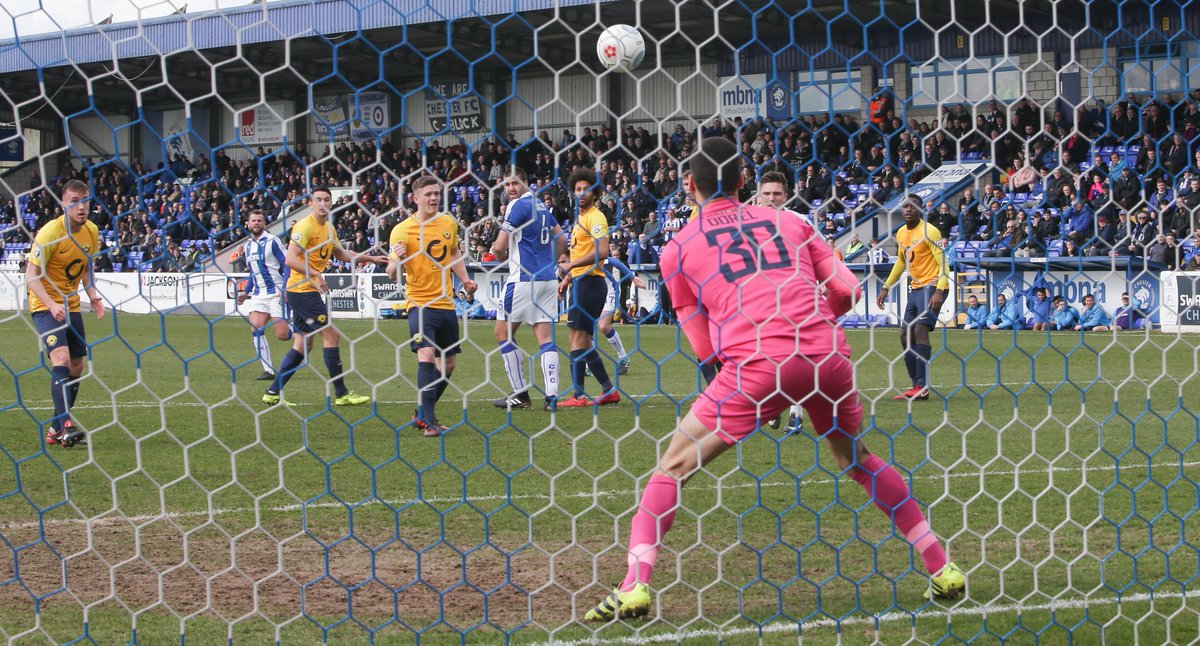 A goal in each half for the visitors – courtesy of Rhys Healey and Elliott Romain – secured the Gulls a big three points in their quest for the safety.

Marcus Bignot made three changes to the side who fell to defeat against Sutton United last time out. Lucas Dawson, Lathaniel Rowe-Turner and Craig Mahon entered the starting line-up, with the Blues left back coming up against his former side.

With the game just minutes old, Torquay raced into an early lead courtesy of Cardiff City loanee Rhys Healey. After beating his man brilliantly in the penalty area, the 23-year old turned sharply to fire the ball beyond Andy Firth from a narrow angle.

Ten minutes before the interval and Bignot’s side nearly found their leveller. Andy Halls played the ball across to Harry White, and with space in the area, the Blues striker aimed for the top corner. Gulls keeper Vincent Dorel acrobatically dived to tip the effort over the cross bar, and away from any danger for the visitors.

Torquay seemed to come quicker out of the blocks and rallied together in their attempts to double their lead. Brett Williams got in behind the Chester defence before the striker squared the ball across goal for Elliot Romain who was denied by a great block from Shaun Hobson.

Andy Firth was called into action almost simultaneously with two outstanding saves to deny a resilient Gulls forward line. The Liverpool-loanee dived towards his near post to prevent Rowe-Turner from putting the ball into his own net, before getting down quick enough to turn behind a strike from the resulting corner.

Gary Owers’ side netted a second just after the hour mark after poor defending in the area from a corner. Luke Young’s in swinging set piece found an unmarked Elliott Romain at the near post, and the Torquay midfielder poked home with ease.

Moments after the second goal, Lucas Dawson received his marching orders for a cynical foul – his second yellow in quick succession – which saw the Blues reduced to ten men.

Blues substitute Jordan Archer almost reduced the arrears with his first touch off the bench, but the striker turned Gary Roberts’ corner on to the post from inches within the area..

There was to be no fightback for Marcus Bignot’s men, and Torquay secured the three points.