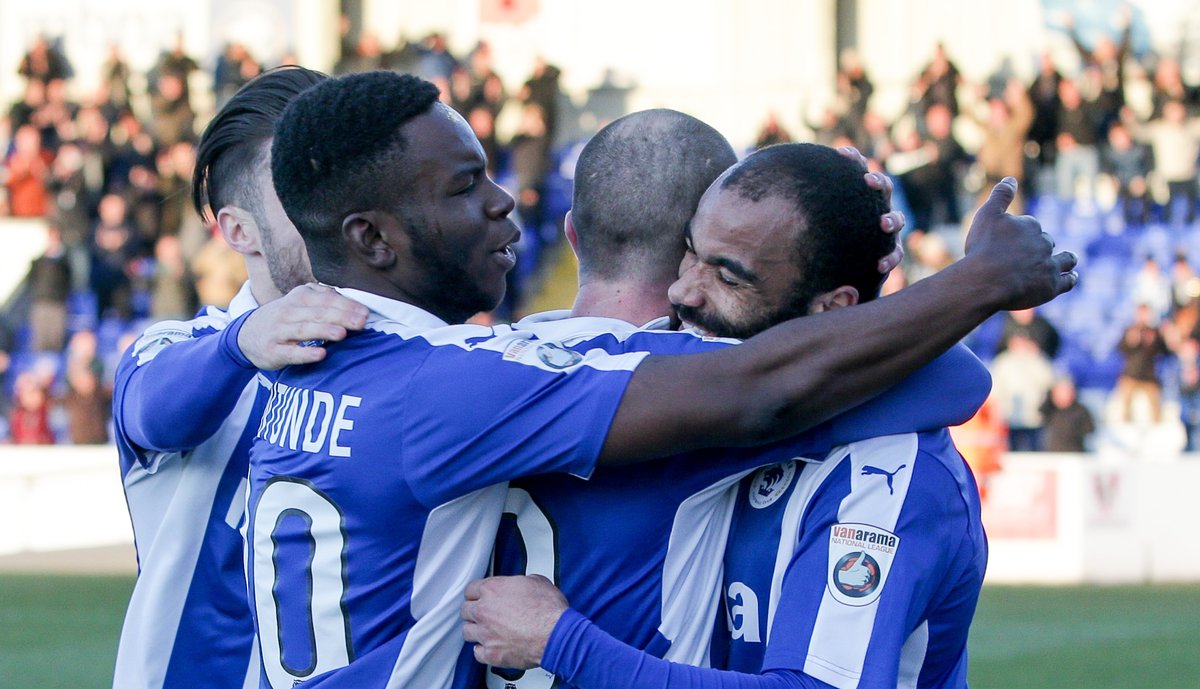 Chester raced to a much needed National League victory with a 3-1 win over a plucky Eastleigh side.

A double from Ross Hannah and James Akintunde’s late strike secured all three points over the travelling Spitfires.

Marcus Bignot rung the changes for the Blues first fixture at the Swansway this month. Shaun Hobson and Gary Roberts made their inaugural home starts in the blue and white stripes, with newly signed Dominic Vose making his first appearance for Chester. Myles Anderson returned to the starting eleven since his return from Torquay United last week.

The Blues seemed to look in control within the opening stages of the game, and duly took the lead with just less than twenty minutes on the clock. Craig Mahon slipped a perfect through ball for Ross Hannah, and after beating the offside trap, the Blues striker placed a calm and composed finish beyond Graham Stack.

Chester didn’t even have time to regroup before Andy Hessenthaler’s side found their equaliser. Making his 100th appearance in a Blues shirt, Ryan Astles deflected a strike from Chris Zebroksi, but the ball fell directly into the feet of Mark Yeates, who placed the ball into an empty net.

With half time fast approaching, Blues took the lead as striker Hannah netted his second of the encounter. Halls whipped in a cross towards Gary Roberts, but it evaded the Chester-born centre midfielder and Hannah poked the ball into the back of the net unmarked at the far post.

The second half was only four minutes old when Hannah was bestowed with a brilliant chance to claim his and Chester’s third of the game. Jordan Archer flicked the ball on for the 31-year-old, and under some pressure within the area, fired a shot which cannoned off the cross bar. Much to the delight of Stack, who was left rooted to his spot.

Although, the Spitfires responded by forcing Sam Hornby into making a superb save to deny Sam Wood, who drove forwards and struck a rasping strike towards the top corner. But, the on-loan Port Vale man stretched a hand towards the cross bar and tipped Woods shot away for a corner.

A moment of magic from Vose helped secure the Blues all three points, as substitute James Akintunde poked home the new signing’s low cross after a wonderful turn on the edge of the 18-yard box.