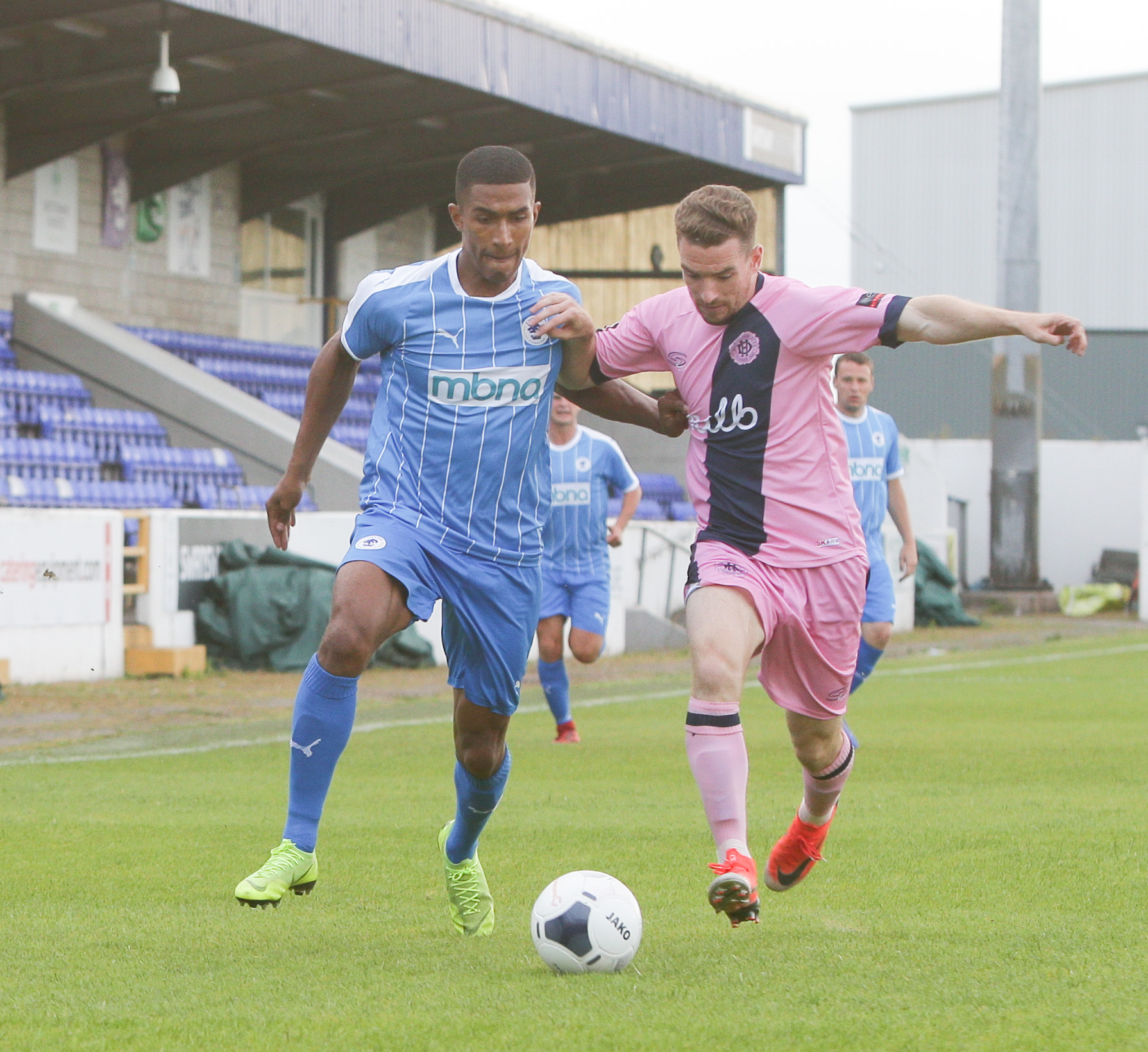 A Danny Mills brace put the visitors two goals ahead before a well worked Anthony Dudley goal got the Blues back in the game, but in the end it was a second home defeat in pre-season for the Blues.

It was the visitors who created the first chance of the game as former Blue, Christian Smith curled a free kick over the wall but wide of the Chester goal.

The best chance of the first half for the Blues fell to Anthony Dudley, after a delightful ball over the top from Gary Roberts, but the Blues centre forward couldn’t direct his effort on target.

Dulwich thought they’d taken the lead just before half time as Christian Smith again went close, this time meeting a cross in the penalty area, but his header hits the crossbar, then the post before falling into the arms of the Trialist goalkeeper. As a result it remained goalless at half time.

The visitors took the lead ten minutes into the second half as Danny Mills got free in the Blues penalty area and after initially being denied well by the Chester trialist goalkeeper, Mills converted on the follow-up.

It was two on the hour as Danny Mills got his second. Dulwich managed to catch Chester on the counter attack and Mills picked out Mills, who showed quick feet to beat his man and decieve the trialist goalkeeper with a left footed strike.

Chester managed to pull one back with just under twenty minutes left after some good work from Iwan Murray, linking with Waring, he played it to Mahon who picked out Anthony Dudley inside the penalty area and he placed his shot into the far corner for a well worked goal.

Dulwich had a chance to put the game beyond Chester’s reach with four minutes left but Aristede Basselle, unmarked in the penalty area, was denied by a brilliant save from the Blues’ trialist goalkeeper to keep the score at two-one.