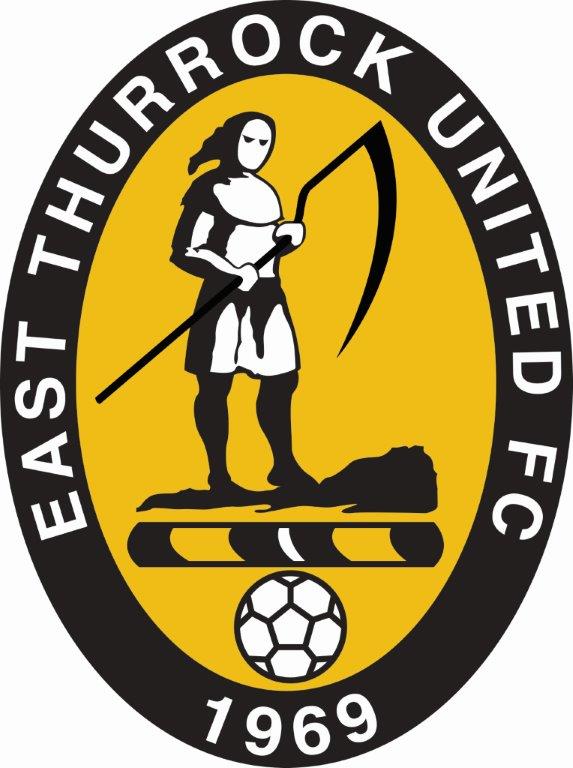 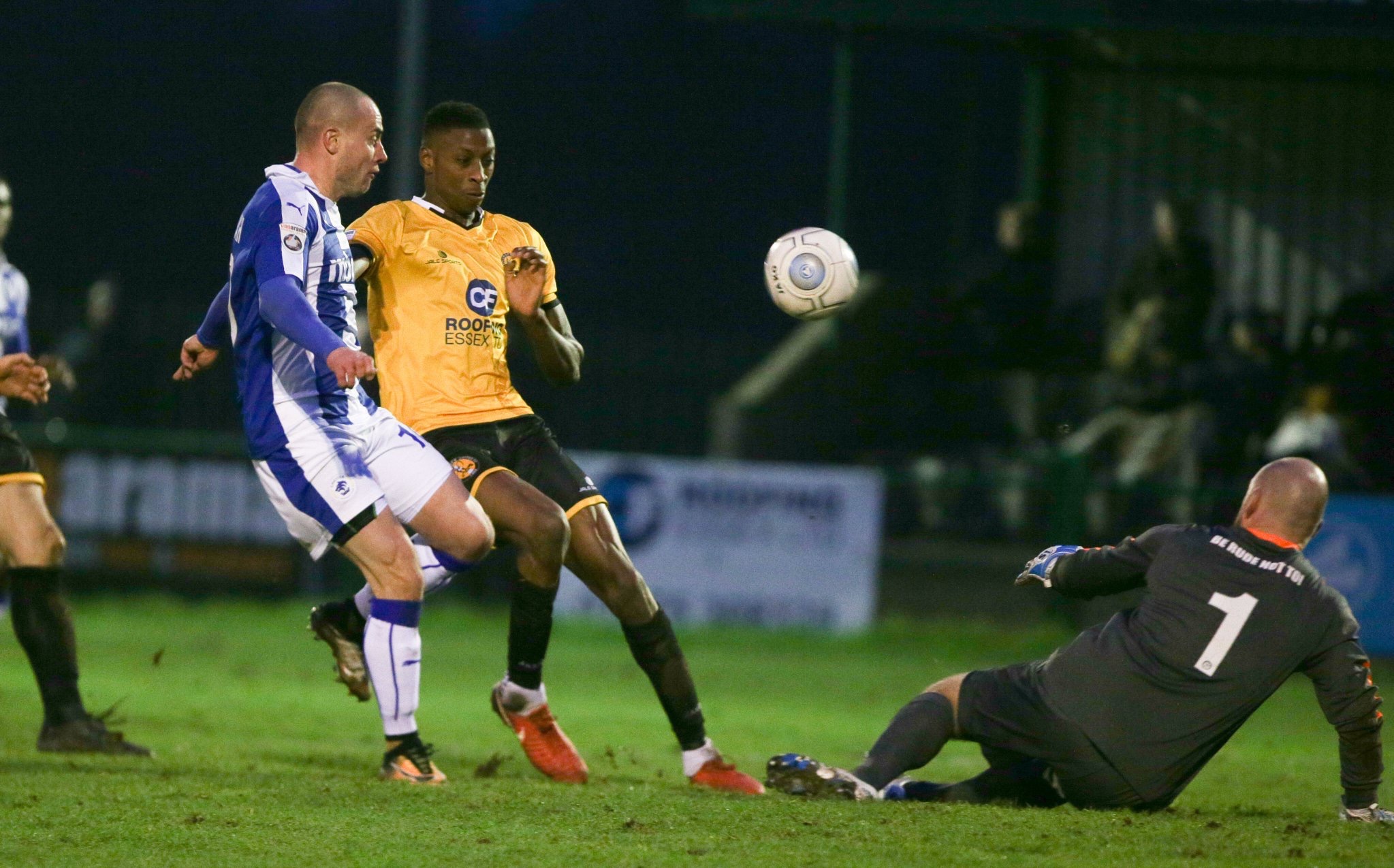 Chester FC were knocked out of the Buildbase FA Trophy in the second round to National League South side, East Thurrock United. A first half strike from Calvin Epiteta was enough to separate the two sides in a game that saw Gary Roberts dismissed on his Chester debut.

Marcus Bignot was forced to make one change to the side that earned a point against Fylde earlier in the week, with defender Reece Hall-Johnson missing out due to injury, and striker Ross Hannah replacing him, which moved Kingsley James to right back.

The Blues started brightly and almost had the lead in the second minute as Akintunde’s good work set up Hannah, who had his shot deflected just wide of Lidakevicius’ post. Two minutes later and Ryan Astles rose to meet Tom Shaw’s long throw but the Blues centre half couldn’t find the target.

It wasn’t long before the hosts were causing problems of their own, and when Lewis Smith was brought down on the edge of the area it allowed the Rocks’ top scorer, Sam Higgins to step up and take the free kick. Higgins’ effort was struck well, and low but Blues stopper Sam Hornby got down well to push the ball away.

The hosts began applying more pressure and they took the lead in the seventeenth minute through Calvin Epiteta as he converted following a cross from Adyemang, following a sublime ball from Higgins.

Chester began to see a bit more of the ball after the opener but it was the Rocks who were again causing the problems, with Max Cornhill forcing another save from Hornby.

Despite both teams working hard, the two sides were cancelling each other out and chances were at a premium as the half time whistle blew.

A change at the break, as Lathaniel Rowe-Turner replaced Paul Turnbull, saw Chester move to three at the back and it almost paid dividends within three minutes of the restart as Akintunde’s good work found White only to be denied by a terrific save from Lidakevicius in the East Thurrock goal.

Much like at the start of the game, East Thurrock came back looking dangerous, earning a succession of corners, from the first Lee Burns was denied brilliantly by Hornby, before the Blues’ stopper made another smart save with his feet to deny Agyemang.

The introduction of Craig Mahon gave the visitors a lift, with the Irishman driving the Blues forward and he linked up with White, whose cross caused problems for the East Thurrock defence but the Blues couldn’t force the ball home.

As the clock ticked past seventy minutes the Blues’ fans got their first opportunity to see Gary Roberts, with the local lad brought on to replace Lucas Dawson.

It was the hosts who almost doubled their advantage though, as Ryan Sammons struck a thunderous effort from 20 yards out only to be denied by the crossbar.

As the game was progressing though the Blues were starting to force more chances, Gary Roberts’ corner found James Jones but the young Blues centre half couldn’t get his header on target.

Roberts again caused problems for the East Thurrock defence, his superb through ball found Hannah, who couldn’t finish with Lidakevicius making a fine save.

At the other end the Blues had Sam Hornby to thank again as he made a stunning save to deny Sam Higgins.

Moments later though the battle got much tougher for the Blues as Gary Roberts was shown a straight red card for a late challenge, leaving the Blues down to ten men for the final ten minutes of the tie.

The Rocks thought they had a second with five minutes to play as Sam Higgins converted a cross, but the linesman’s flag was up and it was ruled out. In the end that was enough for the hosts and they were able to hold on without too many more troubling moments as East Thurrock progressed in the Buildbase FA Trophy.