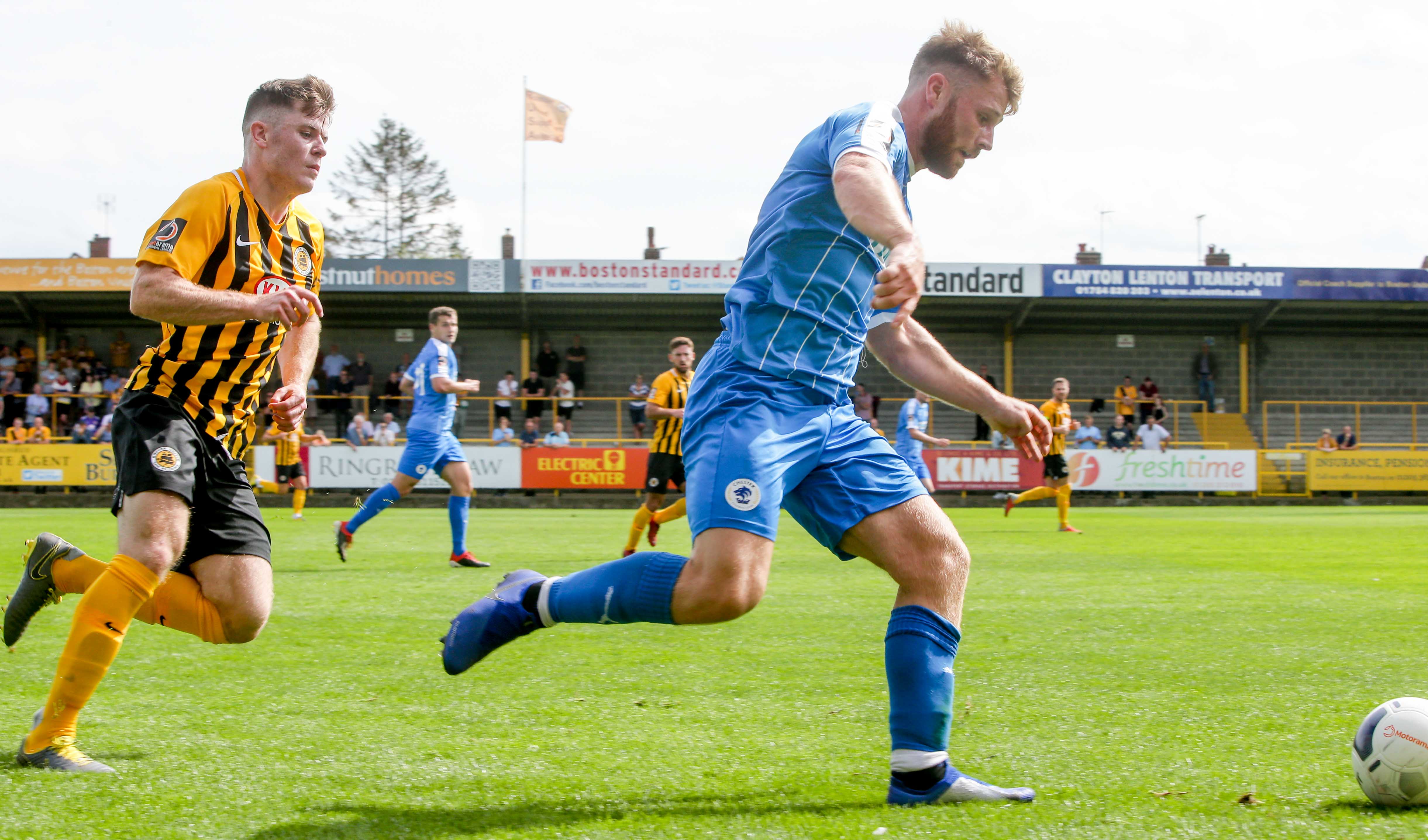 Chester FC got their new season underway with a solid point in a difficult opening day fixture away at Boston United.

George Waring nodded the Blues to a draw after Jordan Thewlis had scored a fortunate opener for the home side.

It certainly wasn’t a cagey opening 45 of the new season, and Chester arguably had the better of the first half. It was almost a dream start in the opening couple of minutes – as good work by Waring supplied Anthony Dudley to shoot first time; however he was denied by Peter Crook.

Danny Elliott was twice denied by Crook – the first a good stop after more hard work by Waring – before the home side took the lead against the run of play on 38 minutes.

Jordan Thewlis’ low ball into the area was sliced past Griffiths and into the net by the unfortunate sliding Simon Grand.

Nevertheless, the response was found less than two minutes later. Quick thinking at a throw in by Joel Taylor enabled Brad Jackson to cross – and his ball was inch perfect for Waring to bullet the header into the corner.

Dudley then almost gave the Blues the advantage as he was slid through after good work by Gary Stopforth, but Crook was once again the saviour for Boston.

A half chance for the hosts started the second half as Rollins nodded wide after good link up play by Thewlis and Tom Platt.

In truth, the second half was a turgid affair – with Dudley volleying wide and the Blues scrambling clear a late corner. A hard earned point to begin the campaign.