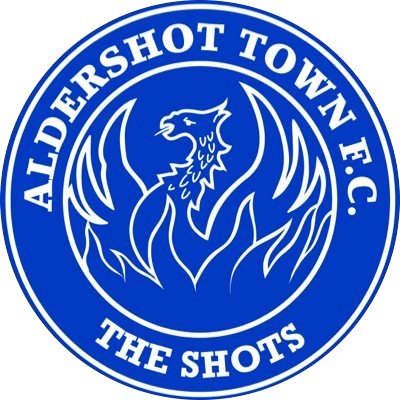 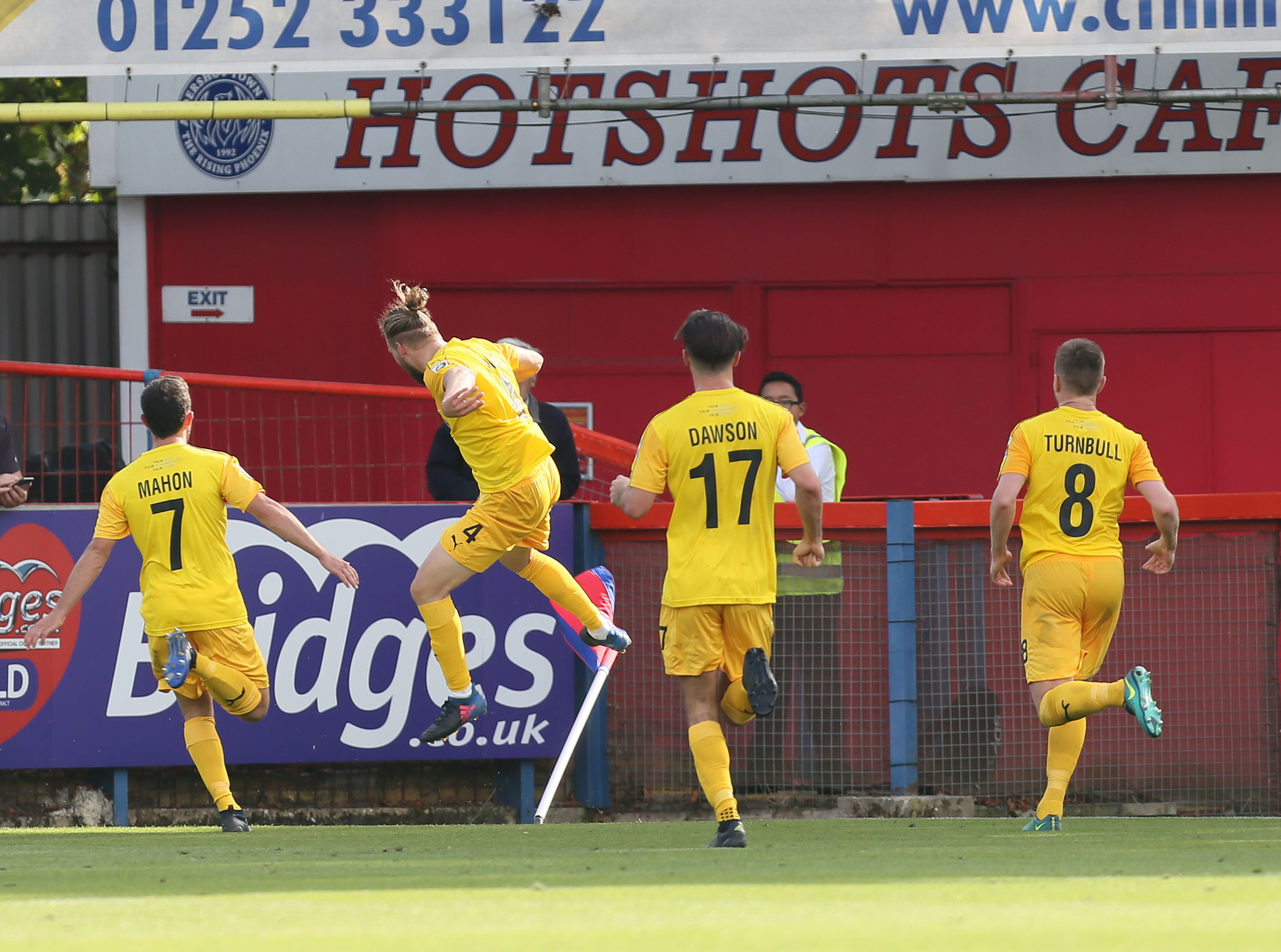 Chester FC came back from a tough first half to record an incredible victory over Aldershot, for their first win of the season. Aldershot hit the woodwork three times in the first half, and lead through McClure’s effort before McCarthy made two changes at half time and lead an inspired comeback. Lucas Dawson’s penalty got the Blues level before Jordan Chapell hit the bar, moments before Kingsley James scored the all important winner.

Jon McCarthy made one enforced change from the side that started against Sutton last weekend, with Liam Davies replacing the injured Ross Hannah.

The Blues were put on the back foot immediately, with Paul Turnbull picking up a yellow card after kicking the ball away after conceding a free kick. The resultant free kick saw James Rowe strike the crossbar from 25 yards out, with Conor Mitchell beaten.

With less than fifteen minutes on the clock, the Blues were counting their blessings again. Craig Mahon lost possession in midfield and the Shots pushed forward, with Bobby-Joe Taylor firing against the post, following a flowing move.

Chester were unable to get anything going forward in the opening twenty minutes, and again Aldershot failed to make them pay as James Rowe’s low cross found Okojie but he couldn’t turn the ball home.

As the half hour approached the Blues were against relieved as the crossbar came to the rescue for a third time. Taylor was the livewire again and his cross found Rowe, who saw his effort strike the underside of the bar and bounce onto the line before Kellermann’s effort was blocked by Astles.

The Blues’ resistance wouldn’t last though as Kellermann got McClure in behind the Blues defence and he converted from close range for a well deserved lead for the hosts.

A double change at the break saw the Blues replace Akintunde and Davies with Chapell and Joyce, and the changes made an instant impact. Joyce’s corner was just too high for Astles, but Mahon picked it up, he twisted and turned before beating his man and was brought down, with the referee awarding the Blues a penalty.

Lucas Dawson was the man to place the ball on the spot and converted beautifully, despite Cole guessing the right way, to bring the Blues level.

Dawson almost provided the inspiration for the Blues to take the lead shortly after, as his cross was just too high for McCombe, with only the slightest of touches needed from the centre half.

John McCombe almost became an unlikely hero for the Blues, as he found himself on the end of another chance but his header was too close to Cole.

Inside the final ten minutes Aldershot started to push again, Rendell seeing a curling effort tipped around the post by Mitchell, before the Blues ‘keeper punched to Oyeleke, but the Shots player couldn’t convert.

Aldershot were made to pay for their inability to finish off the Blues, with eight minutes to go, Dawson picked out Chapell, who lifted it over Cole only for the crossbar to deny him. The visitors kept the ball alive and when Dawson found Chapell again, the Blues makeshift striker picked out James at the back post to fire the Seals to an unlikely lead.

The hosts had one last push and had a golden opportunity to get back level, when McClure found himself unmarked on the penalty spot, but his header didn’t test Mitchell in the Blues’ goal and that was enough for the Blues to claim the three points.