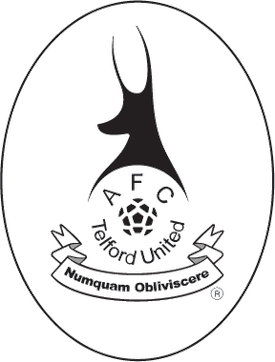 Chester extended their unbeaten away league run to ten games as they were held to a goalless draw at New Bucks Head.

Calum McIntyre made four changes from the FA Trophy defeat at Farsley, as Adam Thomas, Joe Lynch and Iwan Murray all dropped to the bench, while Ollie Heywood missed out.

Left-back Alex Brown came in for his debut, and he was joined in the XI by Liam Edwards, Kevin Roberts and Kole Hall.

Loanee Charlie Caton had the first shot in anger of the game, making space 25 yards out from Declan Weeks’ pass, but dragged his attempt wide.

Chester then had a good spell just after the quarter of an hour mark, with Weeks’ superb inswinging corner just evading the head of Caton and behind turned behind – before Willoughby then tested Luke Pilling from range – and then the Seals’ top scorer combined to send in a beauty of a cross which Hall couldn’t quite turn home.

Nevertheless Telford had the best chance of the match up to that point on 26 minutes when Brendon Daniels’ free kick bounced all the way through to Montel Gibson, who nodded wide unmarked from close range.

Hall, back from injury for his first start since November, was bundled to ground on 36 minutes which was waved away by Referee Jonathan Maskrey, before forcing Pilling into a diving save moments after.

At the other end, the Bucks had a couple of chances just prior to the break as Harry Tyrer gathered following a scramble from a corner, before clawing over a Daniels free kick.

Chester came out on the front foot inside the second, but failed to create a big opportunity early on. Edwards volleyed over under pressure following a Weeks corner, before Hall drilled a low effort off target.

Telford had another big chance towards the end as sub Nathan Blissett charged into the box ahead of Williams, but Tyrer was equal to his attempt.

The Yellows struggled to create late on and it ended goalless in front of a bumper crowd.