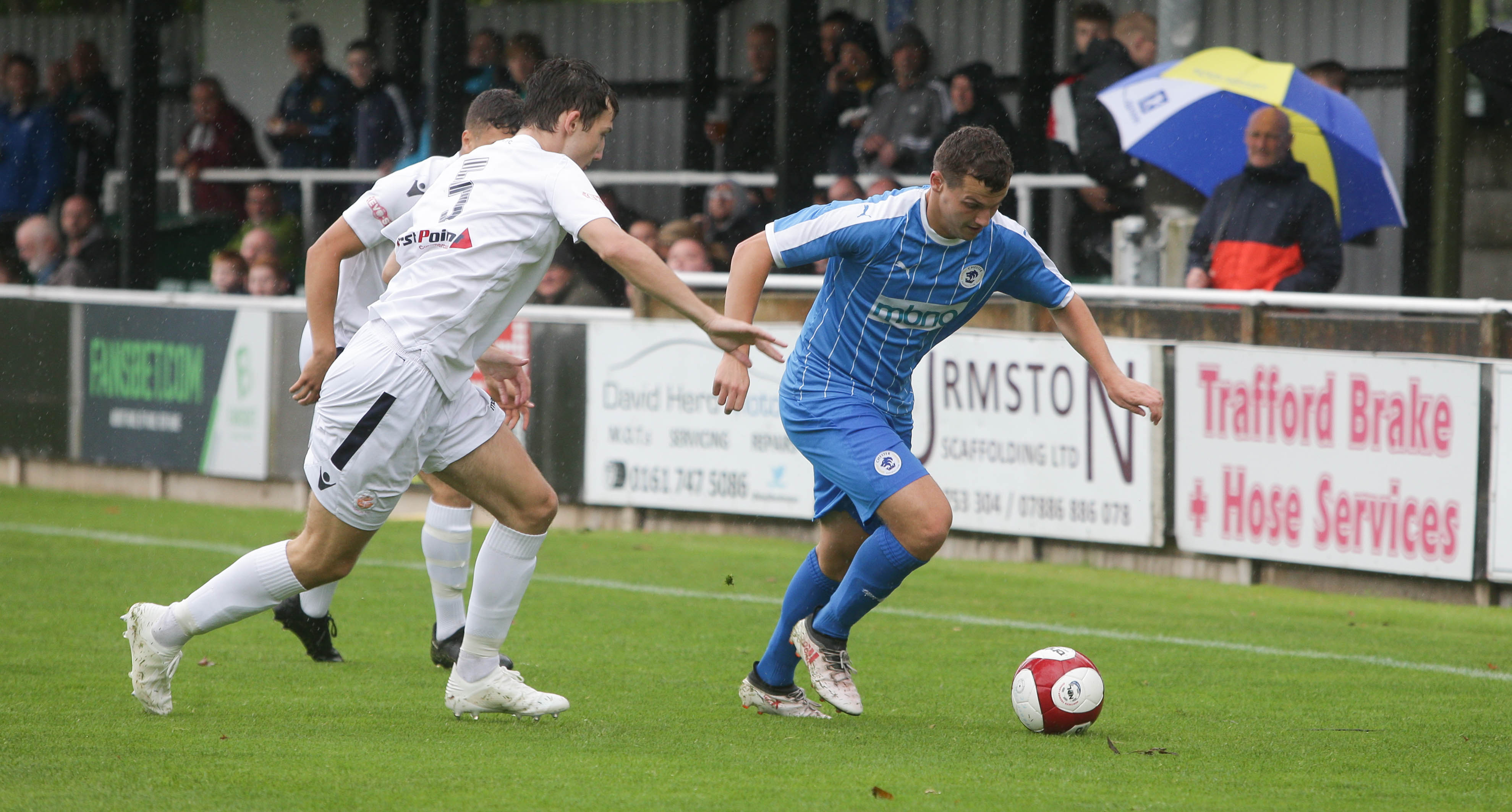 The Blues put in another encouraging performance this afternoon ahead of the new season, with a comfortable victory at Trafford.

Chester got off to the best possible start on eight minutes. Showing their higher league quality, a slick passing move resulted in Danny Elliott finding space inside the box – he was denied but the loose ball rolled across to Brad Jackson who found the net with a clever dink over the goalkeeper.

Trafford, two divisions beneath the Blues, did have some half chances in the opening 45. In the space of a couple of minutes, Ross Davidson and Lewis Salmon both fired off target from outside the box – with the latter having time and space before missing his chance.

But the ruthless Blues made it two just after the half hour mark. Gary Roberts’ delivery was pinpoint accurate, and Simon Grand’s movement and skill was outstanding to turn the ball beyond a helpless Matt Cooper.

The home side did have one effort at goal in the first half, but Russ Griffiths made a comfortable catch from Harry Sheridan’s back post header.

After the break, Danny Elliott looked destined to make it three when he escaped his marker and connected with a great cross by the superb Joel Taylor – but Chester’s number ten could only glance his header wide of the far post.

Then Trafford halved the deficit just moments later. A corner from the right flank was headed home by the towering leap of defender Sam Baird.

Twice the Blues would then go close via the same combination. On separate occasions, Jackson was able to locate Taylor inside the box – but he was denied by Cooper and blazed over the bar when the wing back got his chances.

Nevertheless, the two goal lead was restored and a win was sealed on 77 minutes. Just off the bench, Matty Waters whipped a deadly corner into the box from the right which was glanced home at the near post by the unfortunate Dougie Nyaupembe for an own goal.

Russ Griffiths was called into action late on, making a strong stop from Jordan Wynne – as the Blues secured a victory with encouraging signs in the persistent rain in Urmston.