Chester FC Women saw off Altrincham to get their league campaign off to a winning start on Sunday afternoon.

The Blues were on the front foot throughout and, despite not making the breakthrough in the first 45, they were clinical in the second half. Altrincham’s goalkeeper made three important saves early on in the space of five minutes, to deny Adderley, Molly Wood and Wright. Wood would then fire over from close range moments later, before Ash Bullock curled an effort off target just before the break.

The, just prior to the hour mark, the deadlock was broken. Adderley’s 30-yard free kick flew into the net leaving the opposition ‘keeper with no chance this time. 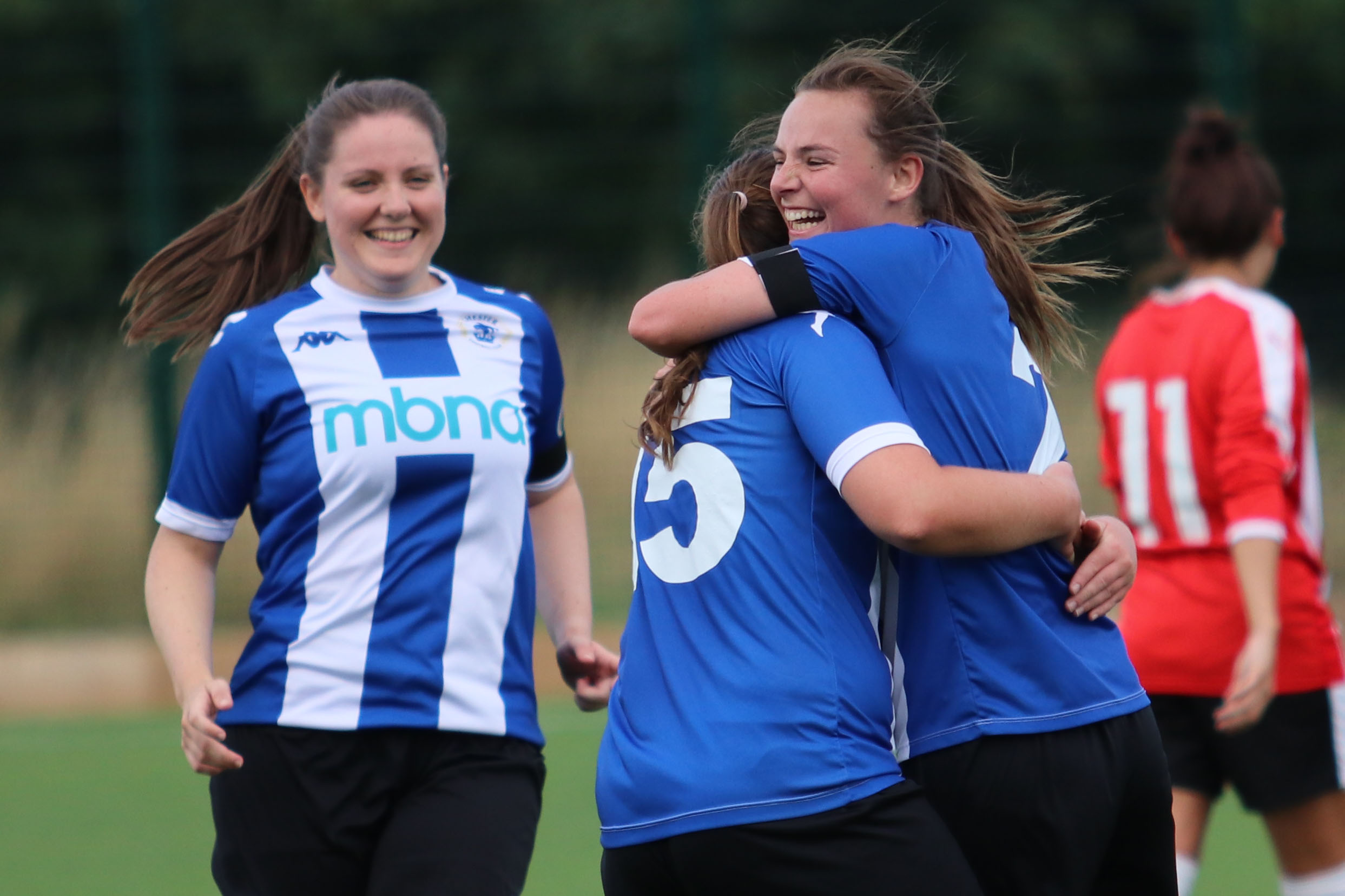 This started a 21-minute salvo as the Blues stormed to victory. One became two on 67 minutes when Bradley slotted home into the bottom corner.

Second half substitute Paul had only been on the pitch 11 minutes when she made it three, firing into the far corner for her first ever competitive goal. And it was well and truly sealed with ten to play when forward Wright pounced on a loose ball to convert. 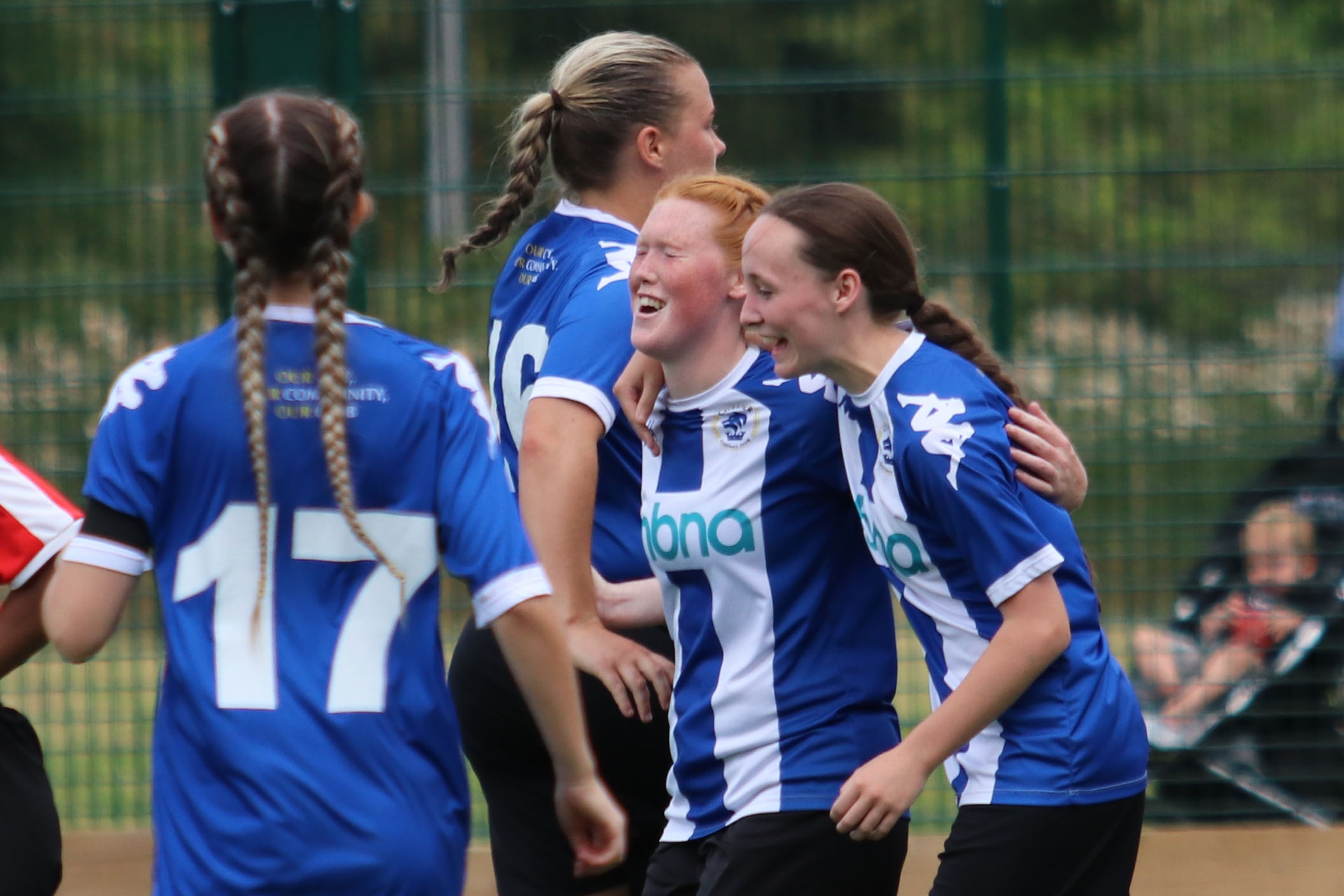 It wrapped up a comprehensive win for the Blues in front of an excellent crowd in their first ever league fixture at the newly opened Hub in Blacon. They travel to Poulton Vics on Wednesday (6.45pm) for game two of the new campaign.

Meanwhile it proved to be an unbeaten weekend for the Women’s teams, as the Development Squad drew a dramatic match 5-5 with Bolton Devs, and the Under 18’s were 2-1 winners over Wigan U18’s!