The Vitality Women’s FA Cup draw took place today, with Chester FC Women in the hat for the First Qualifying Round stage.

Martin Fitzsimons’ side have received a bye in the 1QR stage, and have been drawn to face Blackburn Community Sports Club in the Second Qualifying Round on Sunday 2nd October!

Further details on the game will be released in due course. The Blues have also had their first four league fixtures confirmed (see below) with their opening home fixture set to take place at the KGV Sports Hub. Make sure you come along and support the team! 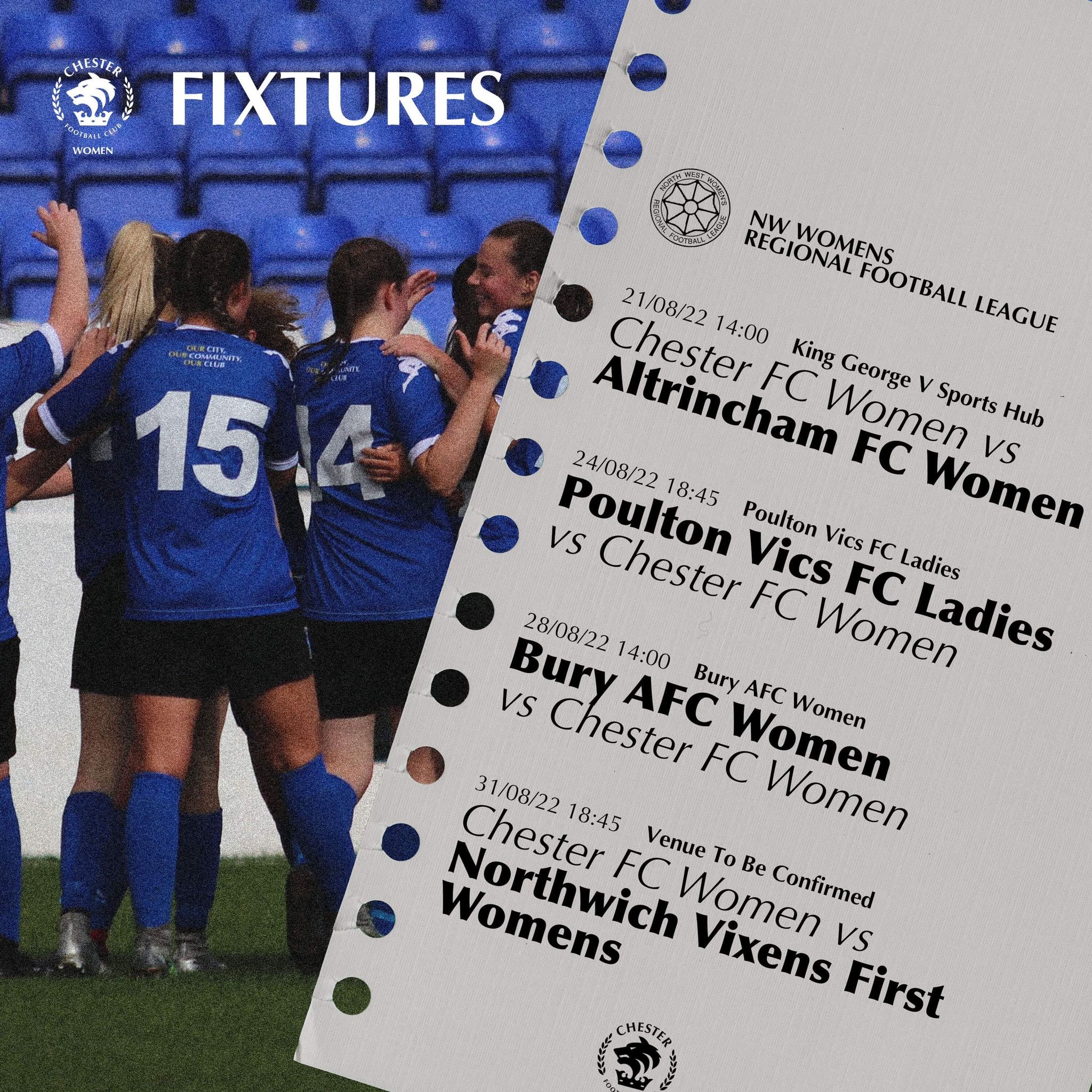