Chester FC’s Under-19’s are on the hunt for silverware this evening as they face Eastleigh in the Final of the National League Alliance Cup.

Over 12 months ago, Calum McIntyre’s side advanced to the final of this competition with a 2-0 win at the Deva against Luton Town Cedars.

The competition, along with all football, was halted due to the COVID-19 pandemic – but now the Under-19’s get their belated opportunity at winning this trophy for the second time.

Some Blues fans will still remember that memorable night in 2018 when McIntyre’s team won the competition at Walsall’s Bescot Stadium. A victory over FC Halifax secured the win after a fantastic journey including demolishing Boreham Wood at home in the Semi-Finals.

Unfortunately due to restrictions, this game is being played behind closed doors at Worcester Warriors’ Sixways Stadium. We have full commentary on the game, which kicks off at 7pm.

Changes in team selection will see different side from the Semi-Final, with some of the players having moved on. Semi-Final goalscorers Tom Ruffer and Regan Rubin are two – with Will Goodwin also having joined Stoke City. Eastleigh defeated FC Halifax Town in the Semi Finals.

While the entire Academy setup is gutted our amazing supporters can’t be there for the big game, you still have the opportunity to back the lads from afar by purchasing a £5 Virtual Ticket for the game! Every penny makes a big difference to the Youth setup. Click the image below to get yours! 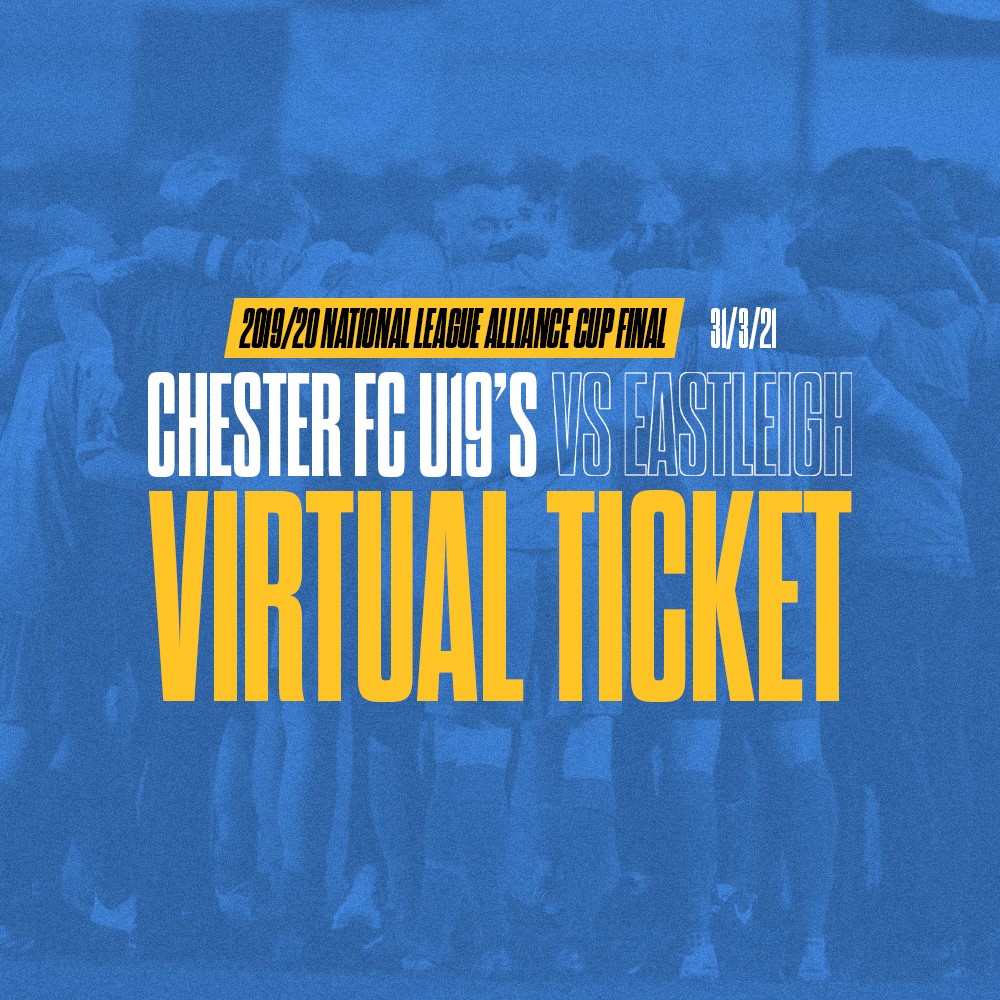 THE COACH AND SQUAD PREVIEW THE GAME

THE JOURNEY SO FAR

Time to take you back to over a year ago! Chester’s journey in this competition got underway with a superb away win at Hartlepool United in Round One, with Tom Ruffer and Will Goodwin on the scoresheet.

A home draw in Round Two at home to Gateshead saw a dominating 8-2 victory in which the Heed’s two goals came late on. In this round Ruffer and Goodwin scored five of the goals, the former bagging a hat-trick, and being accompanied by strikes from Burke, Regan Rubin and Jake Hampson.

Round Three brought yet another home draw at the Cheshire – this time against Harrogate Town – which saw another dominating win. Ruffer scored two more, and Burke and Rubin also backed up the last round with further goals in this one. George Woodburn and Tyler Sutton added gloss to the scoreline.

Round Four’s incredible 9-1 win away at Rugby Borough was followed by a visit from another Rugby – this time Rugby Town in the Quarter Finals. At the Cheshire, a 3-0 win with goals from Will Goodwin, Stuart Crilly and Harrison Burke secured their place at this stage.

Tom Ruffer and Regan Rubin struck in the Semi Final at the Deva Stadium in a 2-0 victory over Luton Town Cedars.

We would like to thank CH1PA Limited for their support of the Academy, they are match sponsors of tonight’s big match on Seals Live!

CH1PA is based in the heart of Chester (CH1) and can provide you with a great postal address for your business. They offer a range of services from Company registered office address, to company formations, and can act as company secretary to ensure you remain legally compliant.

In short CH1PA enables you to work from wherever you want whilst providing you with a professional business image and address. CH1PA can also offer daily desk hire for the time when you want to work from an office! 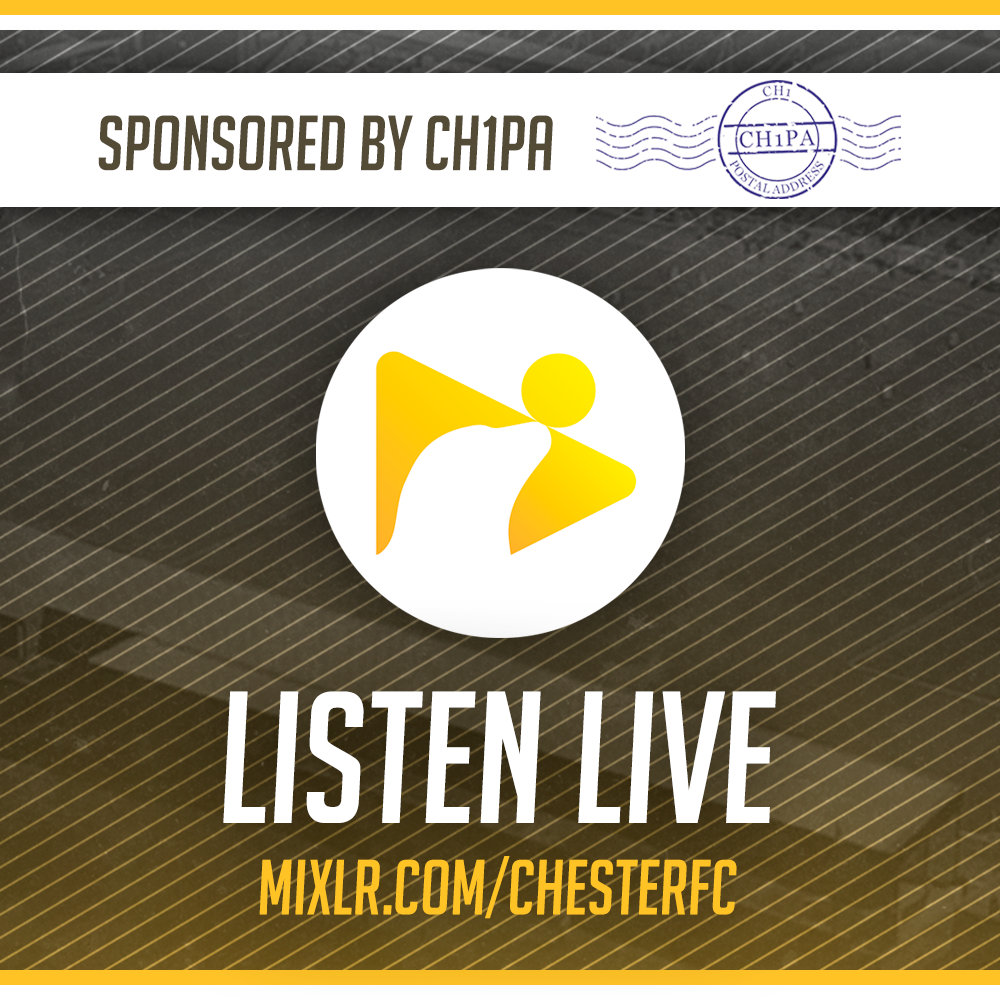