The team news is in ahead of today’s Buildbase FA Trophy Third Round tie against Altrincham!

Paddy Lacey, George Waring, Luke Clark and Will Goodwin all drop to the bench. Danny Livesey, Danny Elliott, George Glendon and John Johnston – against his former club – return to the side.

The team news is below… 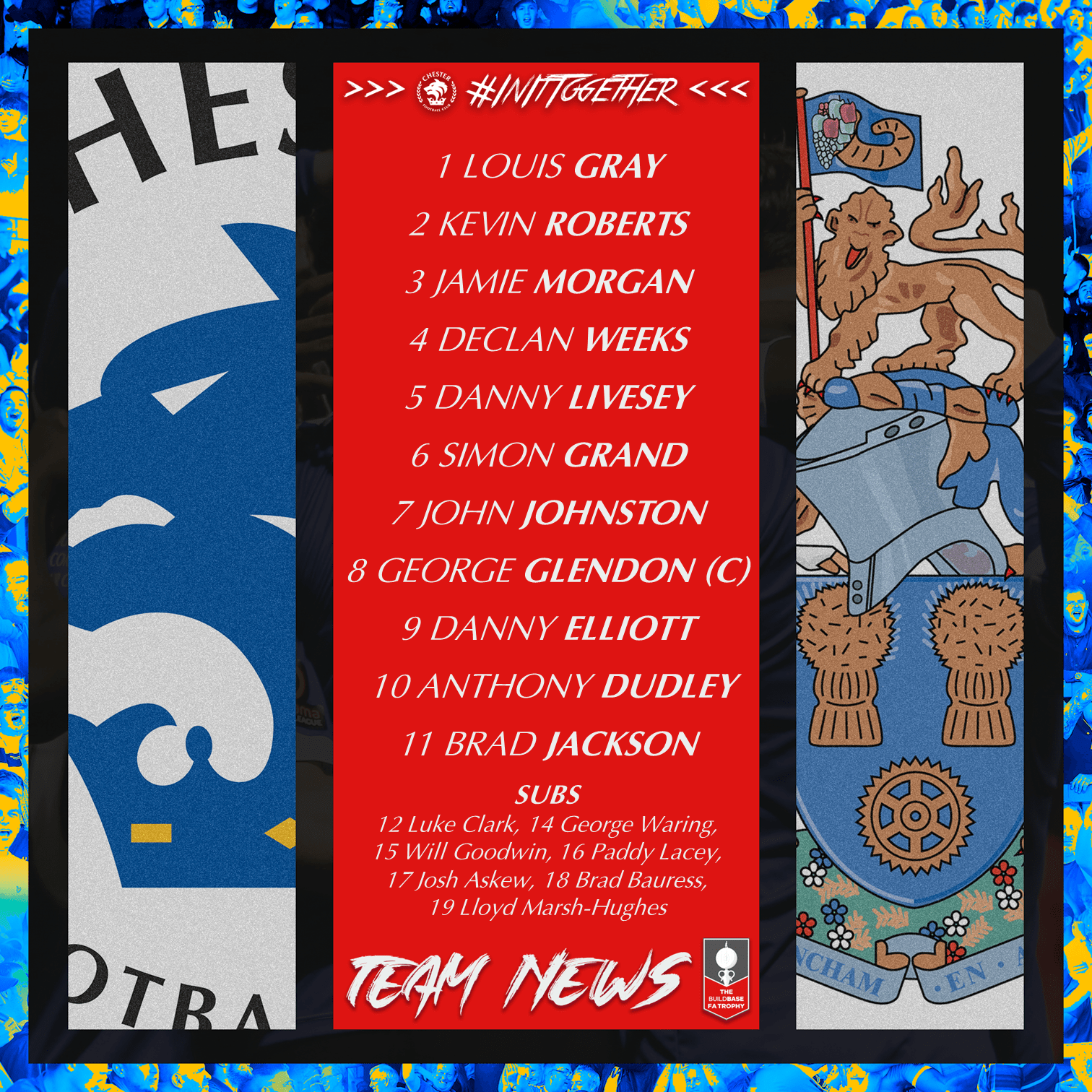 There’s plenty of opportunities below to stay up to date with all the action.