After a fantastic start to the National League North season on Tuesday night, Bern and Jonno’s side will look to make it six points from six tomorrow against Leamington.

The Blues have had a positive start to the new campaign, with an FA Cup win at Worksop last weekend before a second victory in 15 years at Kidderminster on Tuesday night.

📹 The goals, and the @SealsLive commentary, from the victory last night at Aggborough!

Goals from Danny Elliott and Declan Weeks gave us a 2-1 win, with both sides ending up with ten men. Paddy Lacey was given a straight red card for his challenge in the second half – but his suspension doesn’t start until Tuesday; so he is eligible for tomorrow’s game.

Chester are still yet to beat Leamington in four meetings over the past two seasons. Both sides played out a six-goal thriller at the Deva last year, with Matty Waters’ free kick rescuing the Blues a point.

The Brakes have started with two home defeats this term, being knocked out the FA Cup last weekend by Banbury United before a 4-0 thumping against one of the promotion favourites, Boston United, in midweek.

Kick off tomorrow is 3pm! 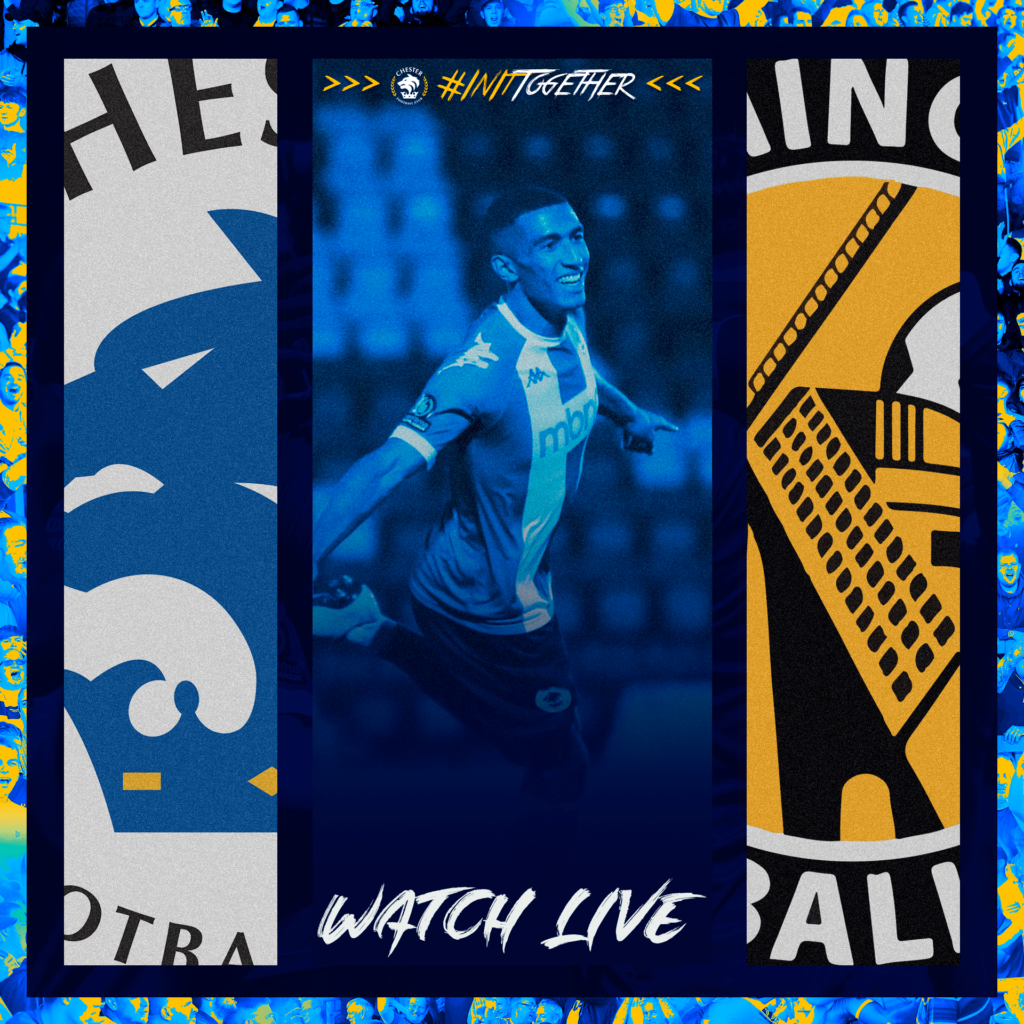 With tomorrow’s game being played behind closed doors, The Blues have partnered with InPlayer to provide our new streaming service, ensuring fans won’t miss a kick of the action!

As confirmed yesterday, season ticket holders can watch every home league match for free and will receive a unique code via email to access the stream along with a free digital programme and team sheet.

With full match commentary and analysis from the Seals Live team, graphics and plans for exclusive pre and post-game content in the near future, it’s the next best thing to being at the Deva Stadium.

Single match passes for non-season ticket holders cost £8.99 with fans able to purchase a 10-game bundle covering the next three months for just £79.99.

The new streaming portal can be found at www.chesterfc.com/streaming and this weekend’s match against Leamington is available to purchase now.

The new look Cestrian programme is back for 2020/21! We will have a full announcement and reveal tomorrow morning – with supporters being able to purchase both digital copies, as well as ordering paper copies to be delivered to their doorstep.

To confirm, all season ticket holders will receive their FREE copy of the matchday programme at approximately 1.30pm tomorrow. Features include…

…and much, much more! Digital copies will cost £2, with printed copies £2.50 plus P&P, courtesy of MatchDayCreative. Stay tuned…

Kick off tomorrow at the Deva Stadium is 3pm. This match is being played behind closed doors. However, we have match updates and our live streaming service to keep you up to date.

We will have team news FIRST on our social media channels from 2pm, with match updates on our Twitter account from the game. As well as our full match stream with commentary from Seals Live’s Phil Turner and Matty Johnson.

CLICK HERE TO WATCH THE MATCH LIVE FROM 3PM