The Blues will be hoping to keep up the momentum after a dramatic ending to the Emirates FA Cup clash over the weekend at Worksop Town.

Two goals down with five minutes to go, Danny Livesey, moved up front, scored a brace to take the game to penalties. In the shootout, the Blues converted five from five and Louis Gray made a critical save. Simon Grand stepped up to give the Blues the victory.

Back to League action, the season kicks off in unfamiliar circumstances – behind closed doors. Anthony Johnson and Bernard Morley will be encouraged by Saturday’s character and desire and will look to build on it this evening. Chester’s poor run at Kidderminster came to an end last season – Matty Hughes’ goal ending a 14-year winless hoodoo at Aggborough in a 1-0 victory. 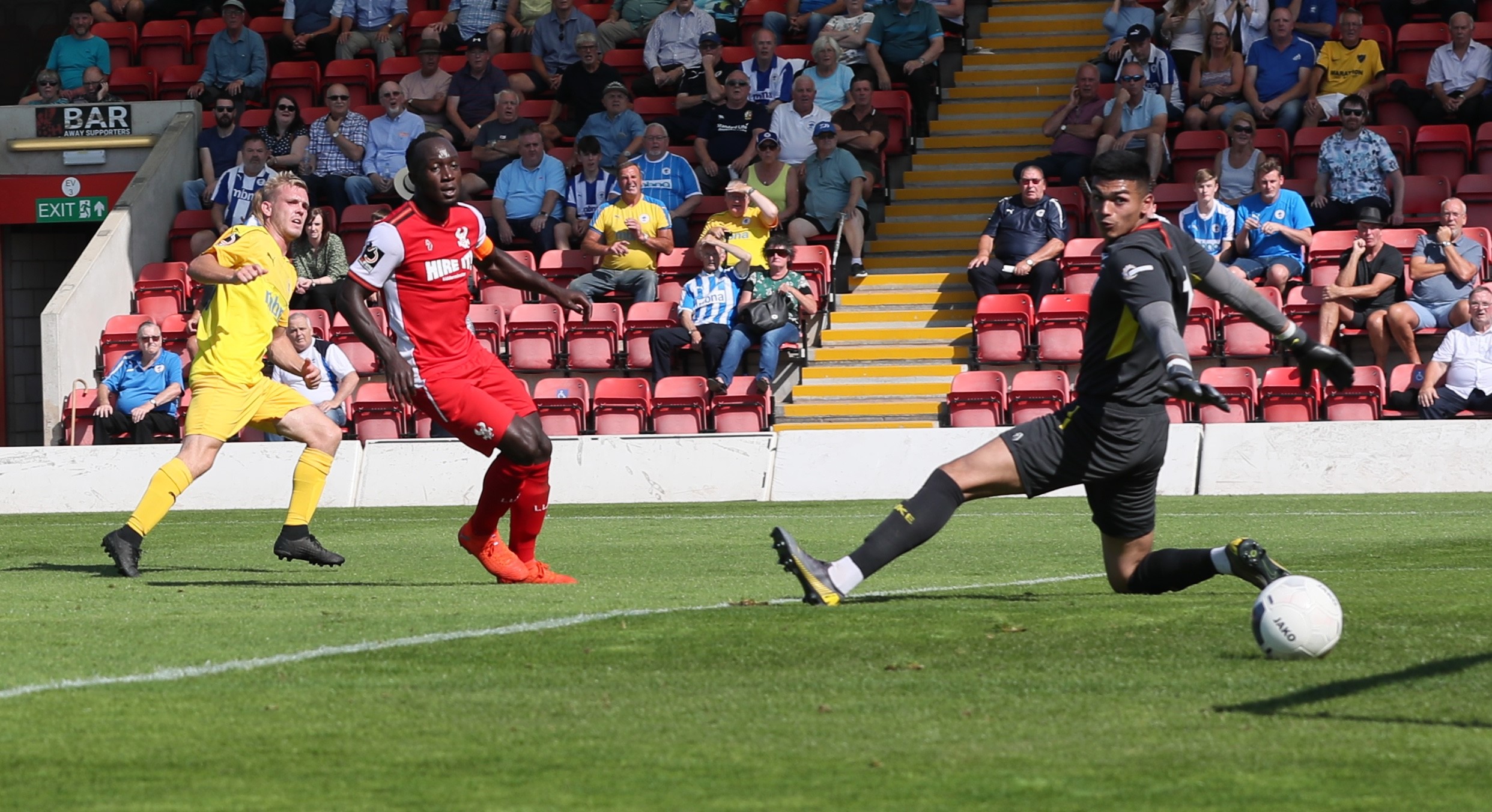 Russ Penn is Kidderminster’s Manager this term – but did see his side start the new season with FA Cup defeat at Alvechurch on penalties over the weekend.

On a player front, winger John Johnston has completed his one-match ban and is available for the season opener. Brad Jackson missed Saturday’s game due to injury, but could be welcomed back into the squad tonight.

Kick off tonight at Aggborough is 7.45pm. This game is being played behind closed doors.

We will miss the Blues travelling faithful this evening – but there are plenty of ways to keep up to date with the action.

Kidderminster are running a streaming service for just £7.99. The link to buy is due to be revealed later on today. We recommend you stay tuned to KHFC’s social channels for further updates on this.

The Chester FC Media Team will also have match updates, team news and reaction across our socials – as well as full FREE match commentary on Seals Live!

CLICK HERE TO TUNE INTO OUR FREE MATCH COMMENTARY!