Our full fixture list has been revealed this afternoon, with the season starting at Aggborough on Tuesday 6th October in a 7:45pm kick off.

Saturday 3rd October will be the first competitive game of the season – which is to be an Emirates FA Cup Second Round Qualifier.

The Blues host Leamington in the first home league game on Saturday 10th October (3pm) at the Deva Stadium.

We visit AFC Telford United in the annual Boxing Day fixture – with the reverse game at home on Saturday 2nd January. In between, Bern and Jonno’s side host Chorley on Monday 28th December.

Our final away game sees us take a trip to the North East to play Darlington on Saturday 22nd May 2021, before ending the regular season at home to Kettering Town seven days later. 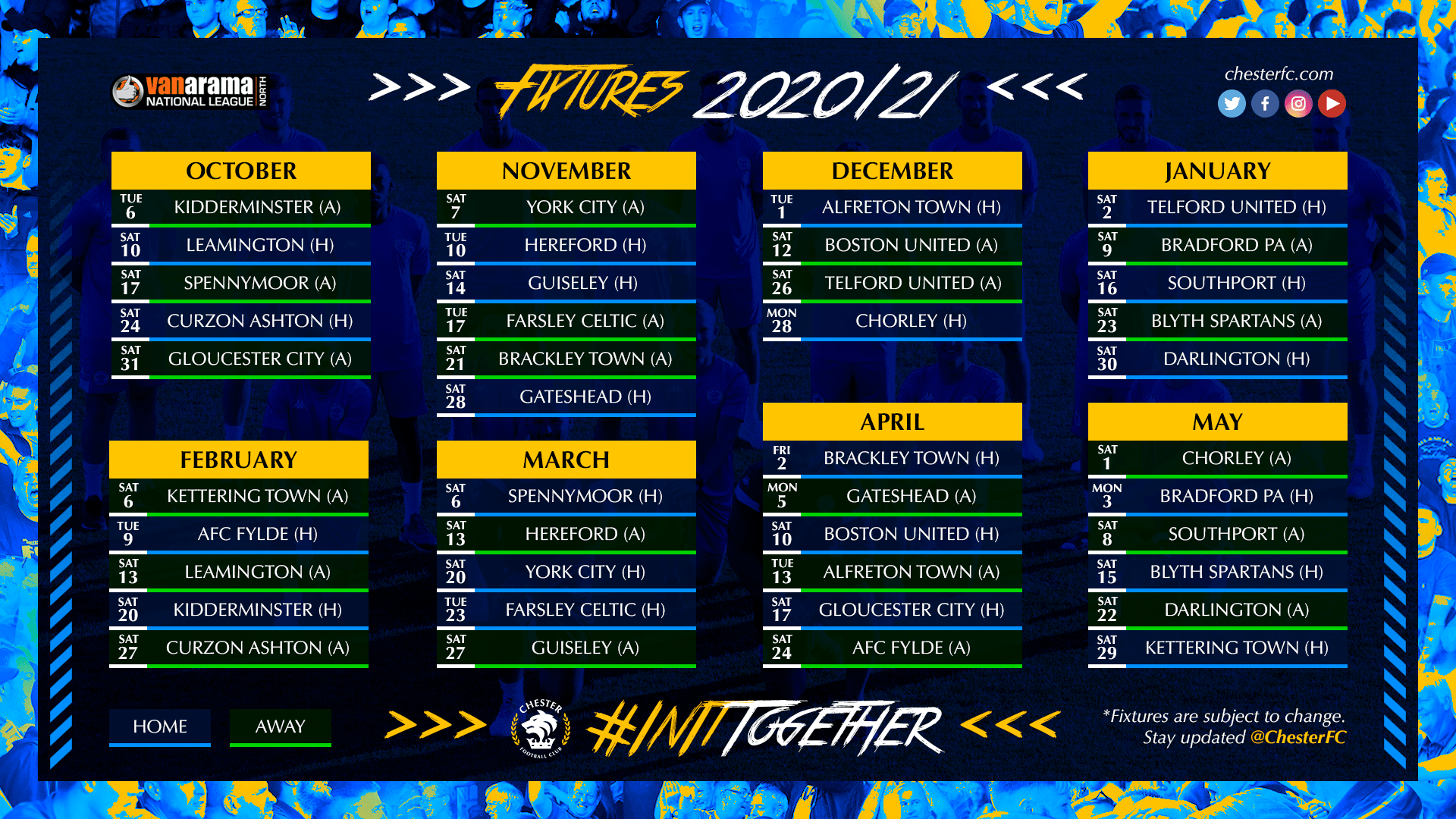