Chester FC forward Danny Elliott believes he can fill the void left by last season’s top scorer Akwasi Asante and lead from the front for the Blues in 2020/21.

The frontman scored 10 goals in 26 appearances in all competitions last term for the club, with five in five on top of that during a loan spell at Alfreton Town.

Despite serious interest elsewhere in the 24-year-old, Danny opted to stay at the Deva to lead the line and replace Asante – who departed for Gloucester City earlier this summer.

Speaking to ChesterFC.com after putting pen to paper, he said: “Well I was going to go to Barcelona, but I saw their result the other night and decided to stay!

“I want to do what I know that I can do here. At the start of last season, I publicly said I wanted to score 25 goals.

“I fell slightly short of that – so I won’t be saying that again this year!

“But I believe in myself, I always will, and I can be the man to fill Akwasi’s boots up top and do even more.

“I’m happy the Managers believe in me to do that too; I believe I can do that this season.” 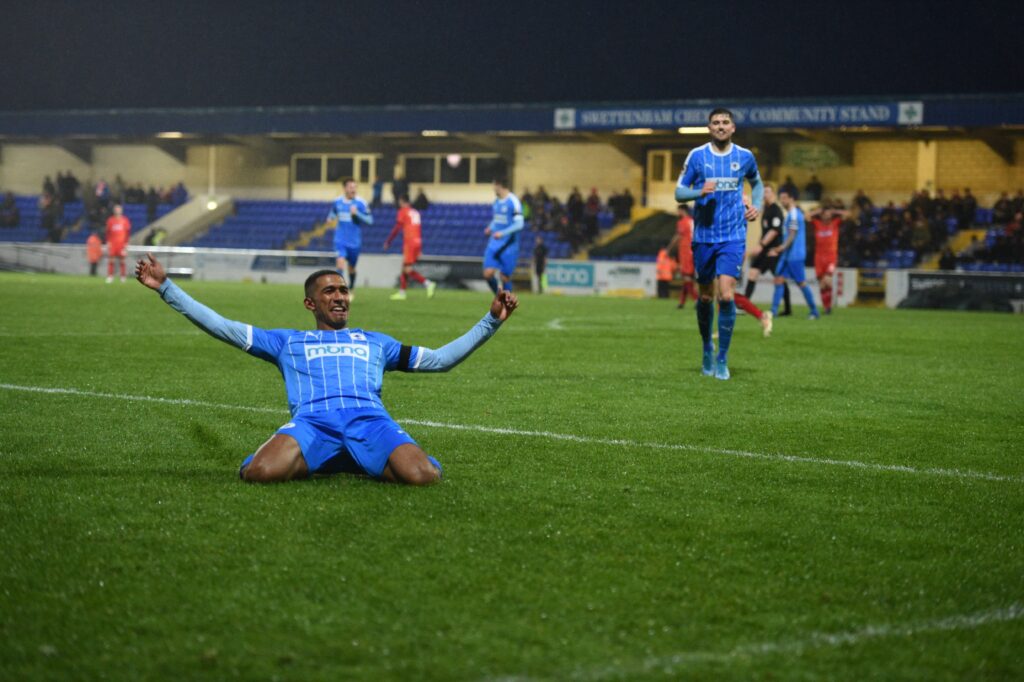 Elliott had just returned from a successful, goal-a-game average loan spell at Alfreton Town and got his opportunity to start up top in our game at Bradford Park Avenue back in March.

However, his momentum and form would be cut short by the COVID-19 pandemic, as that would be the last game the Blues would play before the season was curtailed.

He said: “It was really frustrating.

“It was an up and down season for me really. So to get it back on track and then see things grind to a halt was frustrating for me.

“Obviously, it was nice to get back playing in the Play-Off game last month, it didn’t go the way we wanted, but sometimes that’s just the way it goes.” 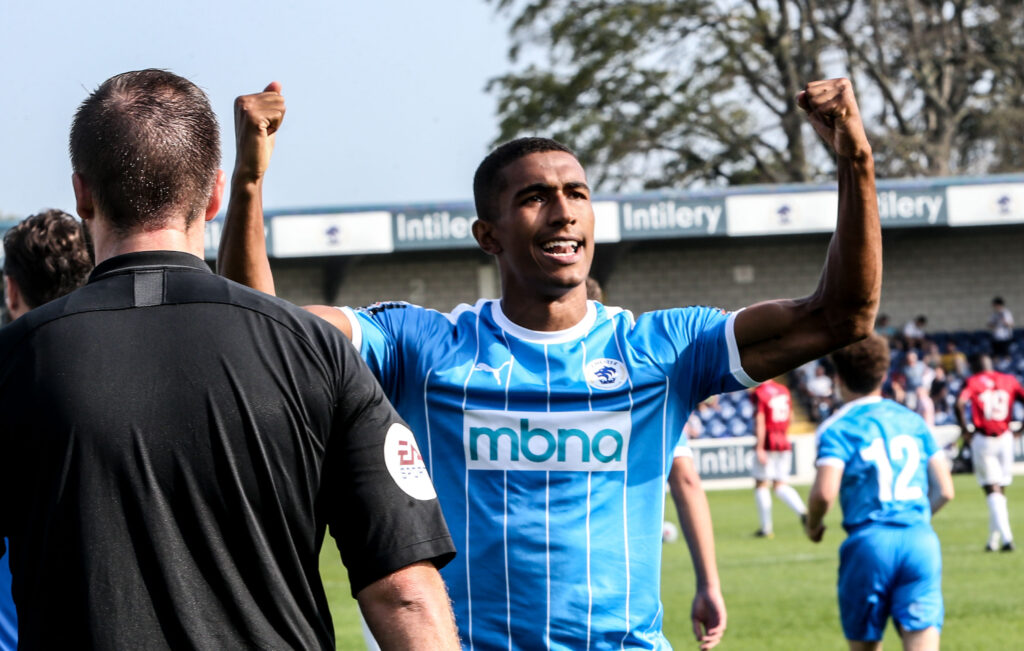 Despite interest coming Danny’s way through the off-season, he was only interested in re-signing back at Chester FC.

“I’m delighted to be back.

“This is exactly where I wanted to be. To work with this group of players again and the Gaffers too – it’s been a long time away and I’m looking forward to getting back to it.”

Following an uncertain time in the footballing world, the Blues have opted for continuity to lead the way, with Joint Bosses Anthony Johnson and Bernard Morley keeping hold of the bulk of the side that reached sixth place last term.

Elliott, who turns 25 next month, believes this method may bring the Blues success this time around.

“When you get to know players and spend time with them, you see their strengths and weaknesses.

“A lot of time with them helps. We had a good group last season – young and hungry players mixed with the right amount of experience that have been there and done it.

“It’s nice to keep most of the lads, but also to keep that balance is key for us.

“There are no egos in that dressing room. It’s a good group of guys that get along as teammates but friends as well.”