We are back. It won’t be the same without you, but that won’t stop our players giving it absolutely everything to end the 2019/2020 season in style.

Come 1.30pm tomorrow, it will have been 134 days since last our match, an away defeat at Bradford PA. A lot has happened since then. The National League North ended on a PPG basis, meaning the Blues ended their second season under Bern and Jonno in 6th place.

Altrincham ended it one place above Chester, meaning Moss Lane will host this Play-Off First Round Eliminator. It’ll be a tricky path to success for the Blues, with the winner of this tie visiting York City next Saturday – before the Promotion Final on the first day of August. 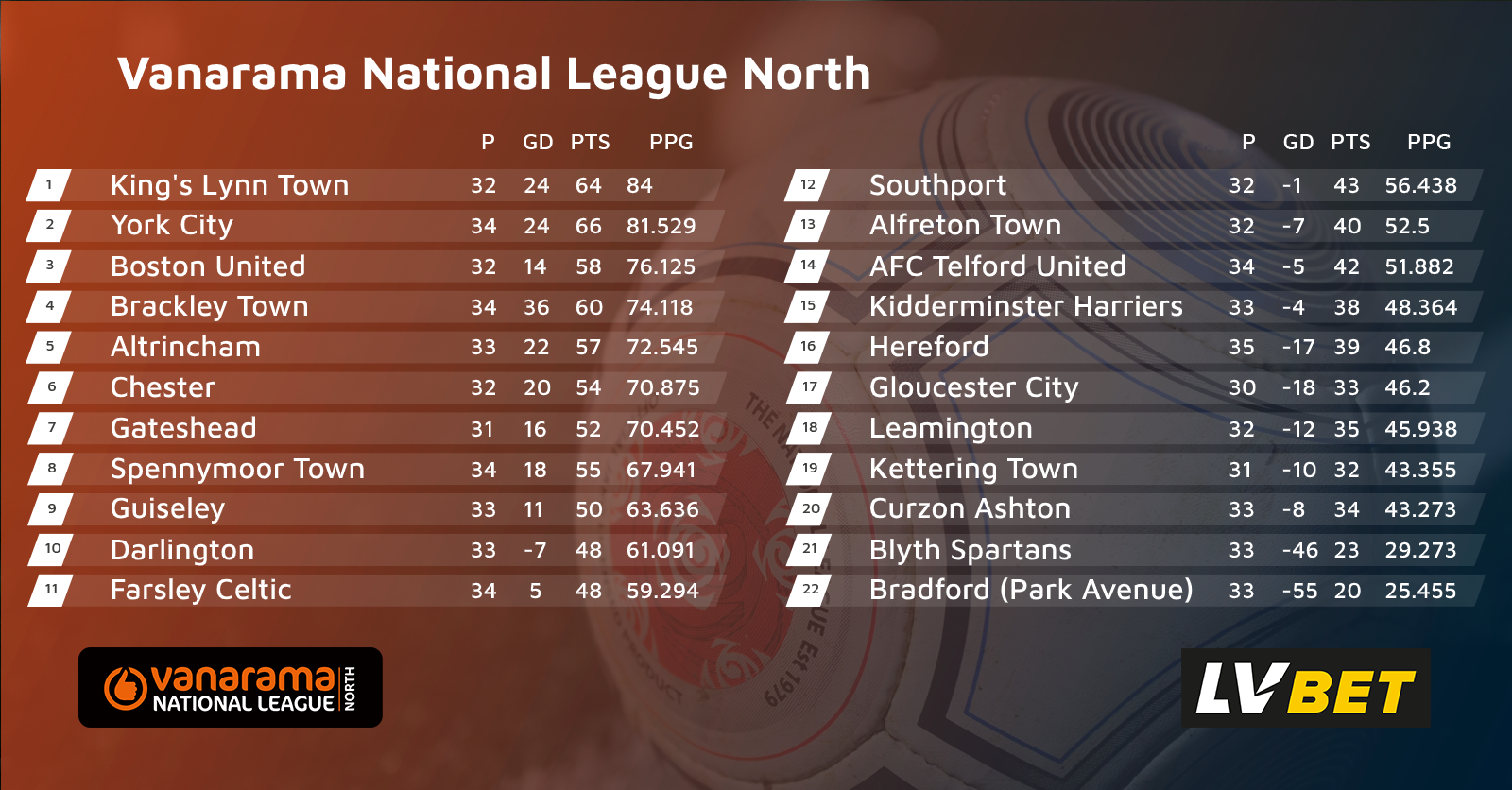 The final National League North table, based on PPG. The Blues end the season in sixth place.

The Blues have lost Russ Griffiths, Elton Ngwatala and top scorer Akwasi Asante in the period without match action, but will have Louis Gray and Jon Worsnop to call on between the sticks.

There’s still plenty of firepower to choose from up top, with Danny Elliott hitting top form during a loan spell at Alfreton Town at the start of the year.

Altrincham and Chester have already faced off three times this season. The two sides drew in the second game of the NLN season in August, with Gary Roberts striking us an injury time equaliser. They met again in the FA Cup in September, another 1-1 draw at the Deva with Matty Hughes bagging, before the Robins were 1-0 victors in the replay.

Kick off tomorrow at Moss Lane is 1.30pm. This match is behind closed doors.

There will be a drinks break in all matches midway through each half, which will last no longer than one minute.

In all play-off matches the number of substitutions permitted for use by each team has increased to five. Up to six substitutes can be named on the team sheet.

Each team has a maximum of three substitution opportunities during the match. An additional opportunity is in place at the end of half-time before the second-half starts.

In the event of the scores being level at the end of 90 minutes play, the winners will be determined by a penalty shootout.

Extra-time will not be played.

The National League, in partnership with BT Sport and Sportradar, will be live screening HD coverage and commentary of ALL NLN and NLS Play-Off games..

To access every match live and on demand, the recommended Play-Off Pass is priced at £14.99.

Single game passes are available from £5.99, while access to both Promotion Finals costs £9.99.

Viewers will be able to access the streaming platform via web, mobile devices and tablets, in addition to connected TVs via Chromecast.

If you have pledged £5 or more to our #InItTogether scheme, you will have had your access to the special digital copy of the Cestrian Programme! 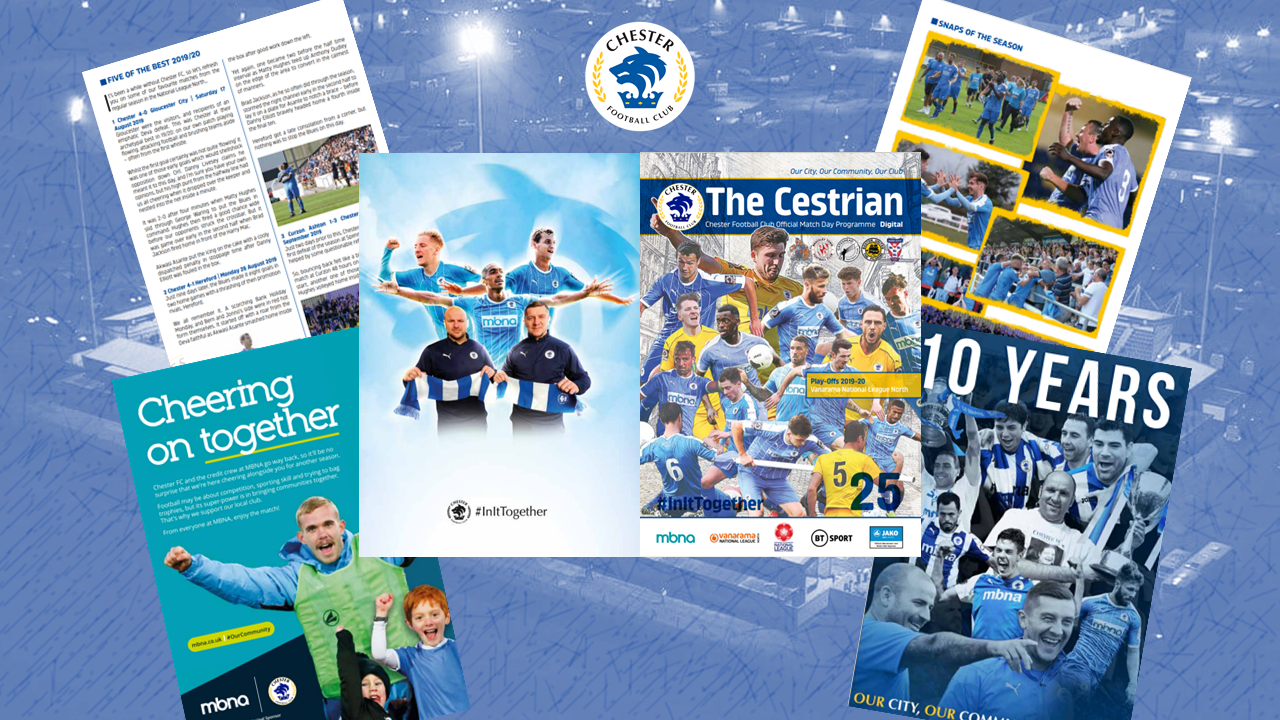 …and so much more!

CLICK HERE TO DONATE TO THE IN IT TOGETHER CAMPAIGN!

The Chester FC Media Team will be covering tomorrow’s game across our social platforms, alongside the live stream of the game. Follow the links below!

HALF TIME AND FULL TIME UPDATES AVAILABLE ON OUR FACEBOOK PAGE 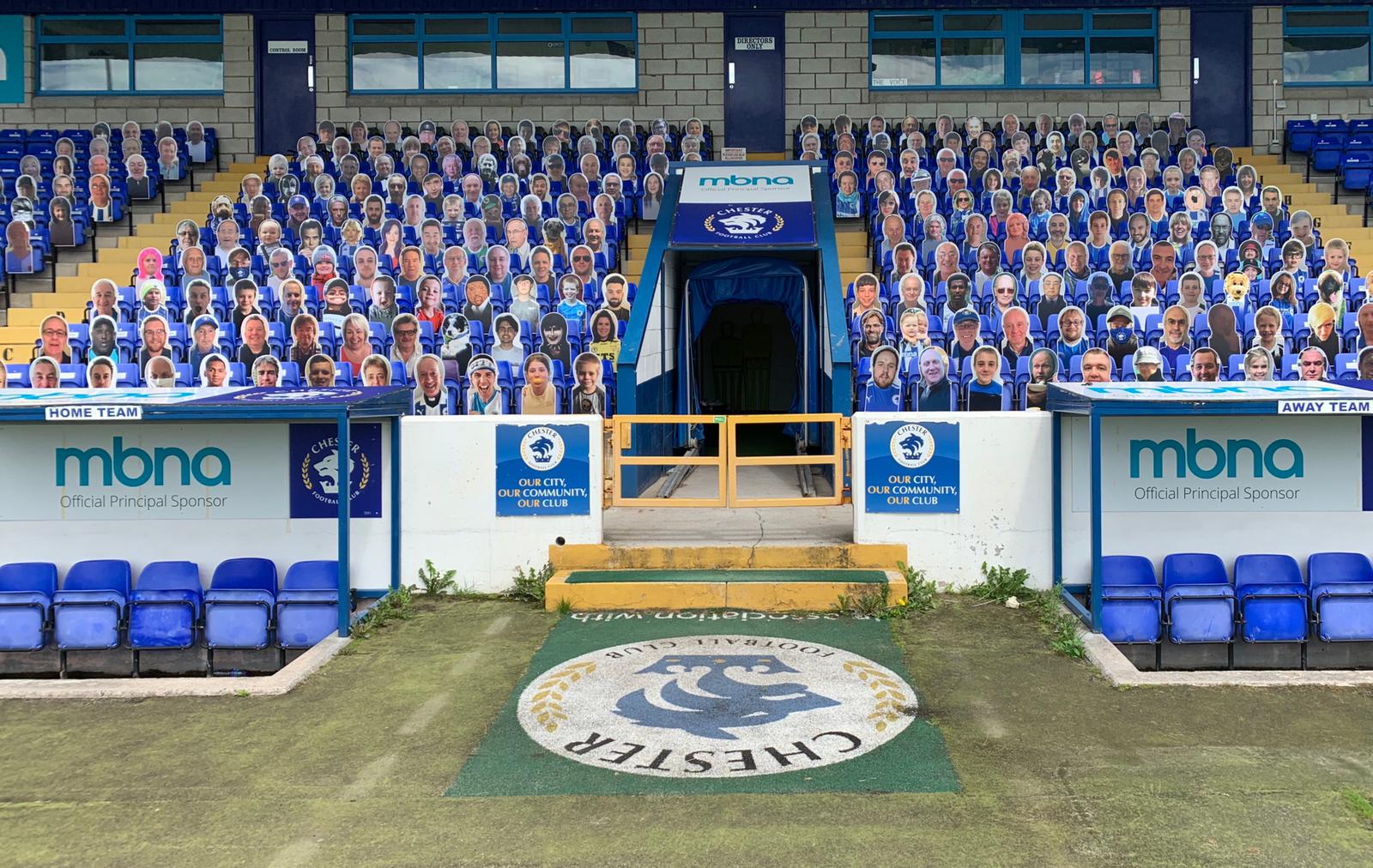 Thanks to the hard work of our volunteers, and your fantastic donations, the Faces in the Crowd were installed at the Deva yesterday!

Whether it’s from the Gary Talbot Stand, your house, a socially distanced pub visit, or anywhere else: we know you’ll be backing the Blues tomorrow.

Enjoy the game. UP THE SEALS!