The 25-year-old will face a first round showdown at his former club, Altrincham.

With JJ and the Blues players all playing for free – they have shown we are truly #InItTogether. Our explosive winger promises the team will leave everything out on the pitch.

Speaking to the Cestrian, he said: “We will give it everything we’ve got.

“This club is very special to us all, and that is exactly why we chose to play for free. Name me another club who would do that. We’re doing it for the fans, they’ve been fantastic all season, and fingers crossed we can reward them with a bit of success.

“I know the Chester record against Alty in recent years isn’t great, but fingers crossed I can be the one to end that run.”

PLEDGE JUST £5 TO THE #INITTOGETHER CAMPAIGN TO GET YOUR HANDS ON OUR DIGITAL PROGRAMME AND READ THE FULL INTERVIEW!

Our digital programme will also feature the ‘Shuffle the Deck’ question feature with Kevin Roberts, and a brand new music-based piece with Jamie Morgan! It’s one you don’t want to miss in the build up to Sunday’s game. 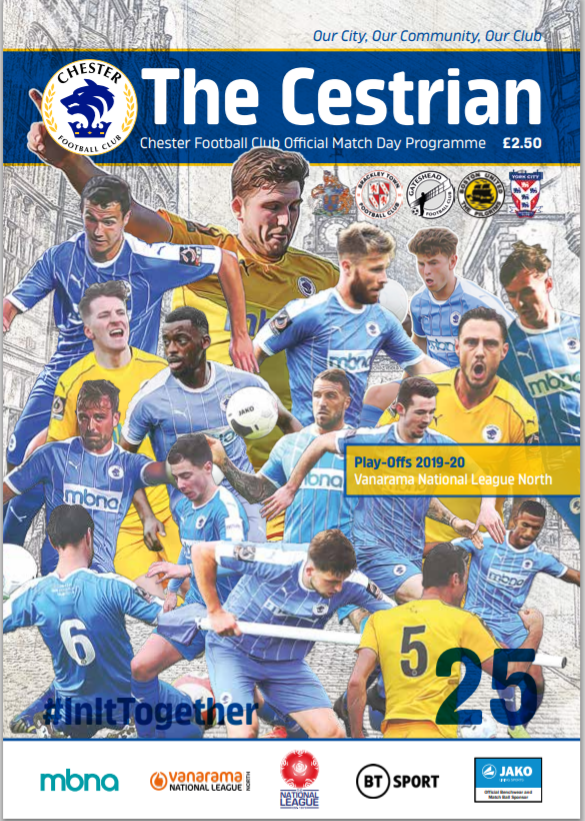