Just over three weeks ago, Chester Football Club launched Boost the Budget, the most ambitious fundraiser in the club’s history which aimed to raise £100,000 for next season’s first team budget over a seven-week period.

After smashing past our £100,000 target on Friday night, our latest update is as follows… 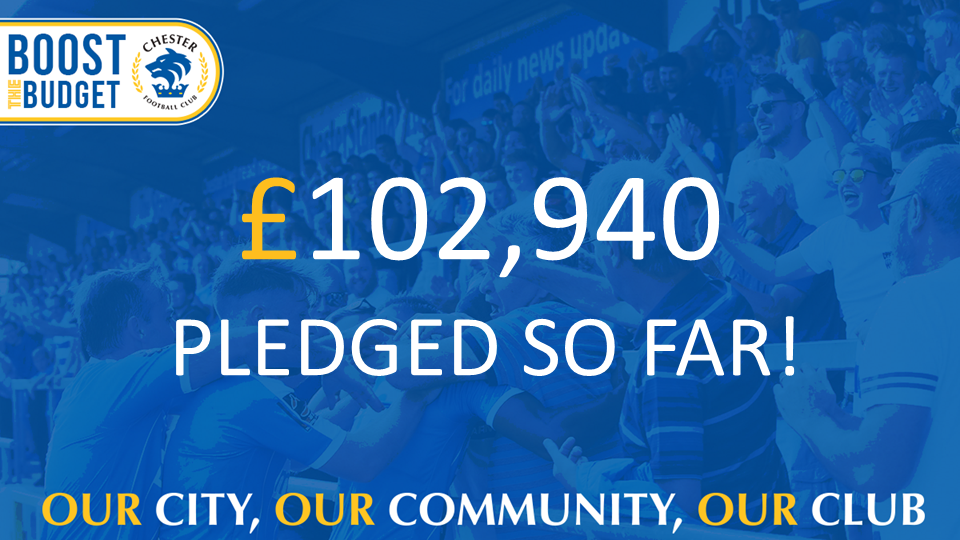 Thank you for your support, let’s keep driving this number up! 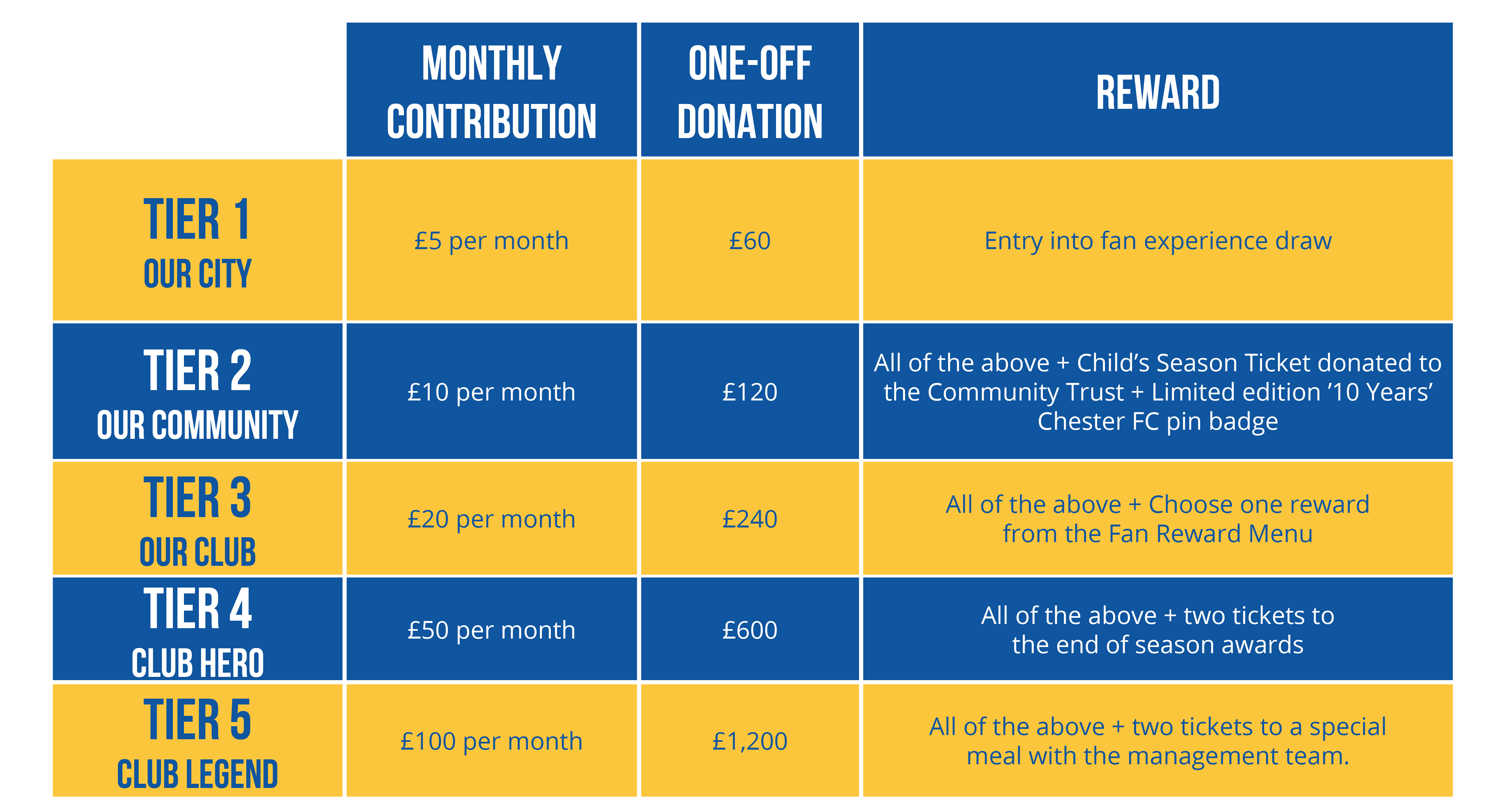 There are five tiers of Boost the Budget rewards available for those committing to contribute above £5 per month (or equivalent one-off payment) to our playing budget.

We have lots of entries into our Fan Experience draw for those pledging £5 per month and above, whilst those pledging £10 and above get a limited edition ‘10 Years’ pin badge. Our Community subscribers have also helped to buy over 400 tickets for the Community Trust to distribute to local children.

At £20 and above, fans get to choose from the special fan reward menu, and as a result we will be hearing ten fan-chosen playlists before Blues games next season, with all ten spaces for that reward snapped up already. There will also be a new look to the squad photo, with fans taking their place alongside the players, as well as a new ’10 Years of Chester FC’ wall at the stadium, made up of bricks bought by the fans.

Chester Football Club would like to thank everyone who contributed to Boost the Budget. We could not have done it without you!

Our City, Our Community, Our Club.