After getting back to winning ways in the FA Trophy in midweek, the Blues will be looking to make it back-to-back victories at home to AFC Telford tomorrow afternoon.

The 2-1 victory at the 1885 Arena in midweek against Hednesford Town was much needed, as the Blues advanced to Round Two with a trip to Royston Town coming next month. It also provided a timely boost of £4500 into the club coffers.

They face an AFC Telford side who lost by five goals at home to Leamington in the Trophy on Tuesday night. However, Chester will be wary of a backlash as the Bucks look to produce a big response down Bumpers Lane.

This exact fixture was played one year ago, with the Blues beating Gavin Cowan’s men 2-1 in the final league game before Christmas 2018. Akwasi Asante and Anthony Dudley were on the scoresheet that day – and Joint Managers Bern and Jonno will be hoping for a similar return from the two tomorrow.

Our last league game was a defeat at Darlington, with lots of chances created but none being put away. The team will know they have to be clinical as a busy period of four festive fixtures over the next 12 days starts right here at 3pm tomorrow.

Tomorrow’s Blues Playlist has been selected by Anthony Johnson! 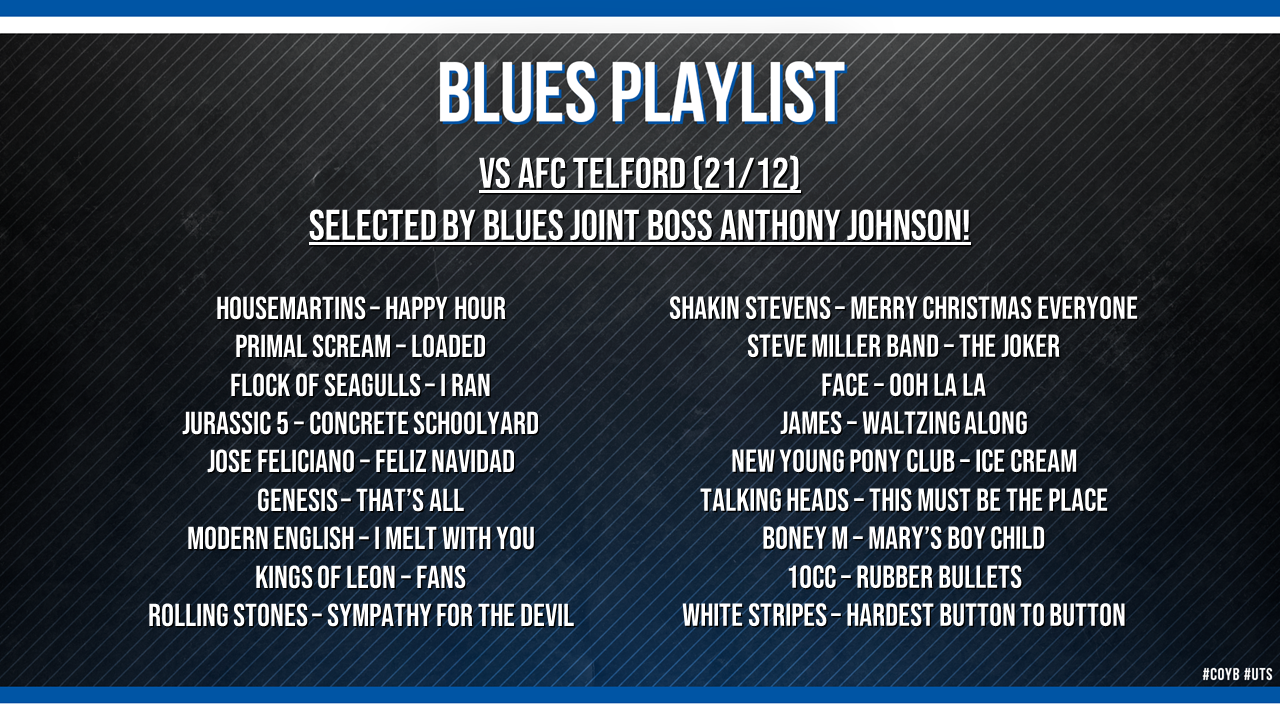 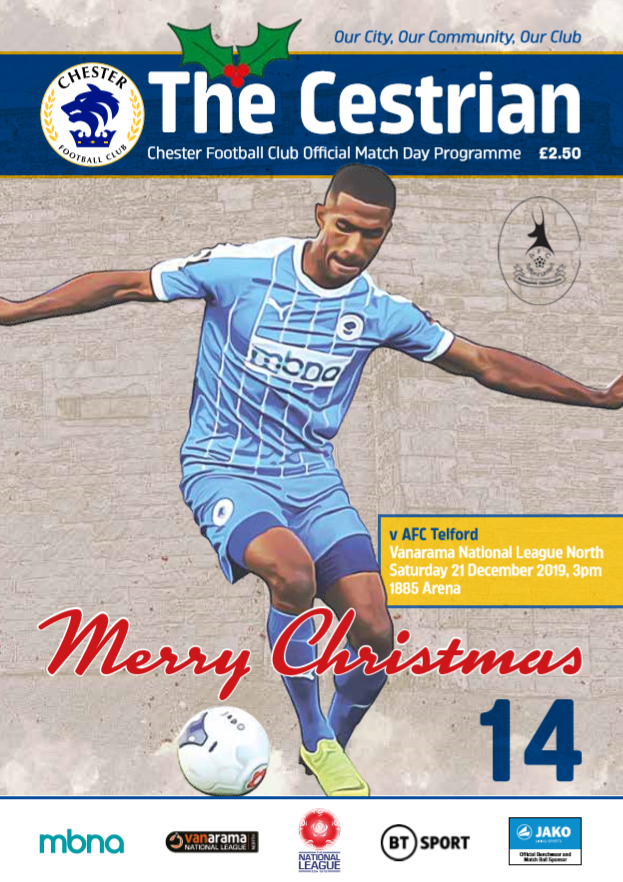 Unfortunately, due to updates, our programme is not available online via the MatchDayInfo app this weekend.

Our Club Shop will be open from 1.30pm tomorrow – come in and grab a bargain or some last minute Christmas gifts!