ChesterFC.com take a look at five of the best wins since the Blues reformed in the month of November…

A stunning display by Neil Young’s side blew title rivals Skelmersdale United away in front of more than 2,500+ fans at the Deva Stadium. Michael Wilde headed the Blues in front before winning a penalty which saw Steven Akrigg sent off. Wilde’s pen was saved but the second half display allowed Chester to cruise to victory. Another penalty saw Tom Field take responsibility and slot home, before Stuart Jones stabbed home from close range and sub Jimmy McCarthy scored a skillful solo effort late on to put the icing on the cake.

Two second half goals saw Chester advance to the First Round of the FA Trophy in a difficult away tie, as the Evo-Stik Premier’s in form side visited the leaders of the Southern Premier League. In difficult conditions at a blustery War Memorial Athletic Ground, chances were few. The first goal was always going to be key, and it came on 68 minutes when Iain Howard drilled home for Neil Young’s side. The second came ten minutes from time when Christian Smith’s ball into the box was finished off by Matty McNeil, despite the best efforts of the defenders. Chester would end up going out in the Second Round in January to Ebbsfleet, despite a brave effort in a 3-2 loss. 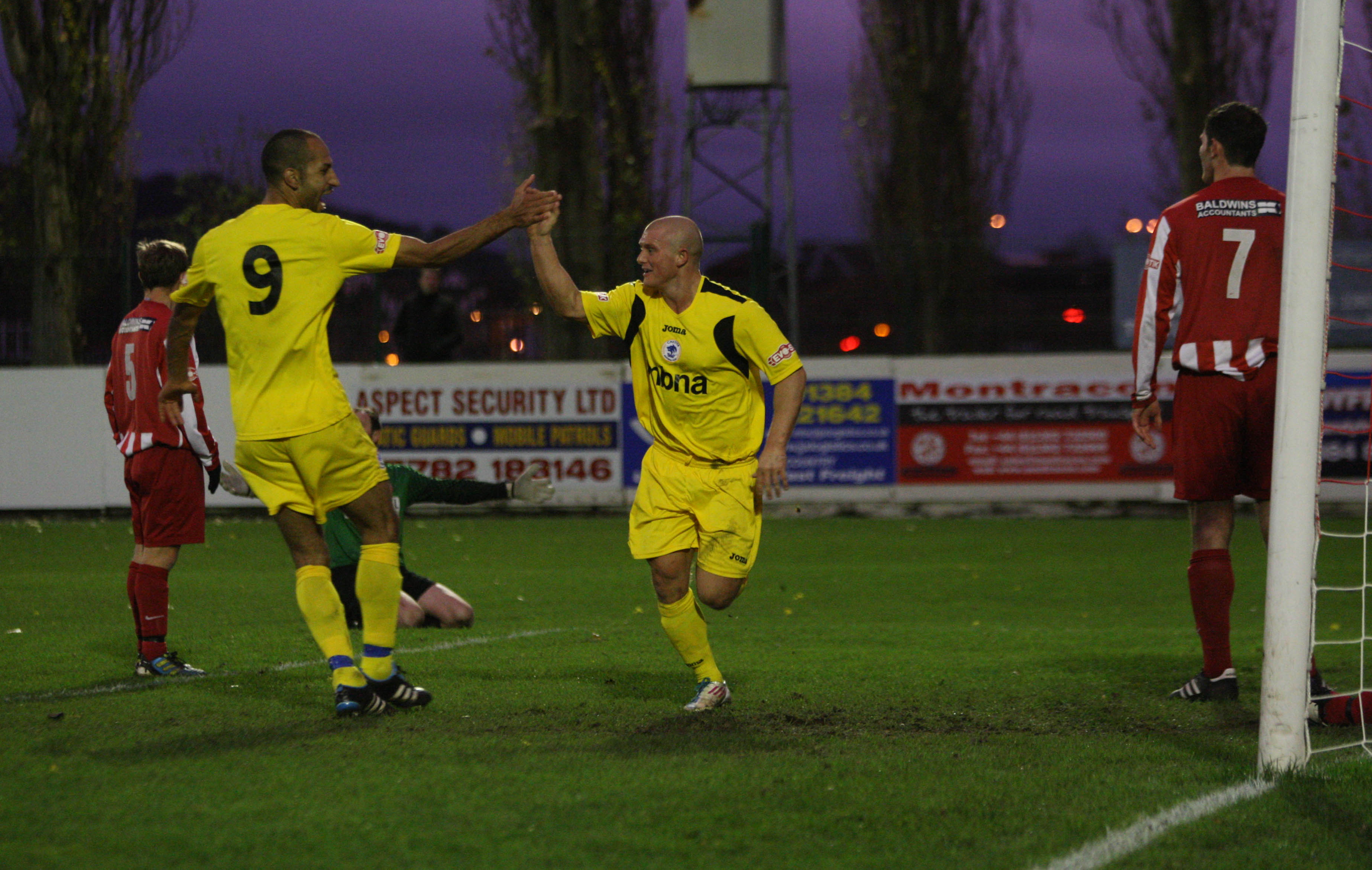 A sublime first half performance saw Chester cruise to victory to go top of the Conference North in 2012. This was the first game since Manager Neil Young had turned full time with the Blues. All the four goals came in the first half, with eight minutes in seeing the deadlock broken when Craig Curran’s ball was dummied by Antoni Sarcevic, allowing Tony Gray to score. The lead was doubled mid way through the first half as Captain George Horan glanced home from Wes Baynes’ corner. Sarcevic then set up Nathan Jarman to make it three. Lewis Taafe was brilliantly denied from the penalty spot by John Danby, before Gray made it four with a cracking curling finish. Shane Tolley scored for the improved Histon in the second half, but victory was already comfortably assured for Chester.

Game 3 saw all four goals coming in the first half against Histon, but Game 4 brought Chester four goals all in the second half! This was Chester at their slick best under Steve Burr on a cold Tuesday night at Dartford. Two goals down after 46 minutes thanks to goals from Lee Noble and Elliot Bradbrook, the Blues staged an incredible fightback. Record breaker Craig Mahon was at his very best that night, pulling one back when he snatched a loose ball and fired into the net. John Rooney then provided for the Irishman to level the scores on 54 minutes – this was a move of real quality and one you need to watch! (see below) The loanees then combined as Rhys Oates set up another current Chester player, Matty Hughes to complete the turnaround on the hour mark. The fourth goal to seal it on 86 minutes was a storming counter attack and Oates scored the goal to wrap it up. 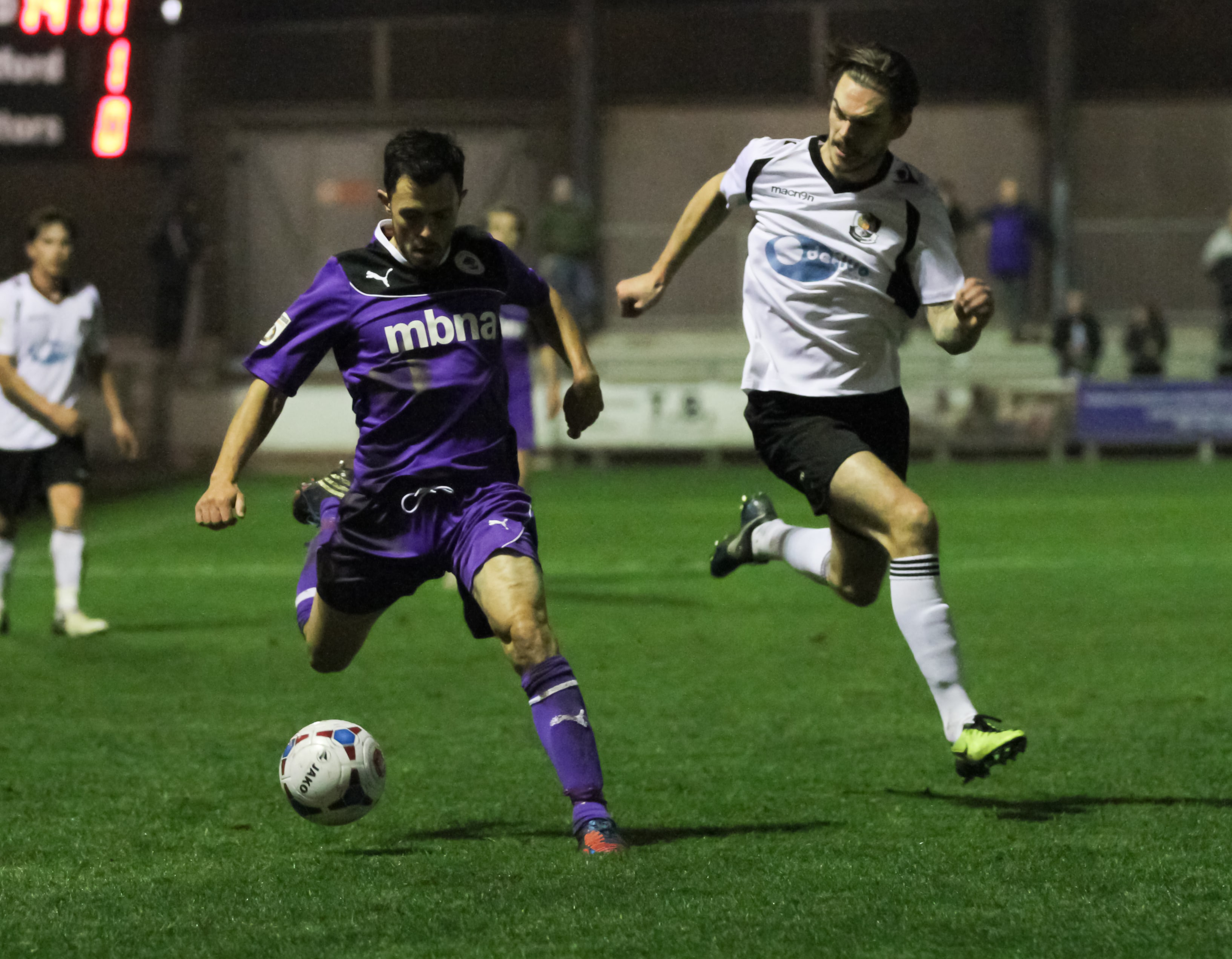 119 travelling Chester FC fans witnessed a superb away performance under Jon McCarthy to pick up a fantastic three points at big spending Eastleigh. After weathering the storm from the hosts, Johnny Hunt’s cross was turned in by Kane Richards to complete a superb counter attack before the interval. Richards then won a penalty after the break which Tom Shaw had saved, but Elliott Durrell was on hand to turn the rebound home after a scramble. Sub Jordan Chapell converted late on to make it an outstanding away day.