Jeff Banks, Director of Fan Engagement said, “We’re pleased that we can once again launch the Cestrian 10 Season Ticket, which this year also includes an amazing deal for 18-21 year olds, who can get the ticket for £50 and at £5 per match that represents fantastic value.

“It’s one age group that the Fan Engagement Working Group (FEWG) are really working hard on to attract to the Deva Stadium.

“There are still 14 games to choose the 10 from this season, and we certainly have some exciting months coming up, and now is a great time to get a Cestrian 10!

Make sure you get yours – it could be a fantastic Christmas present for Blues fans, as there will still be 11 games to choose from even after Christmas Day! 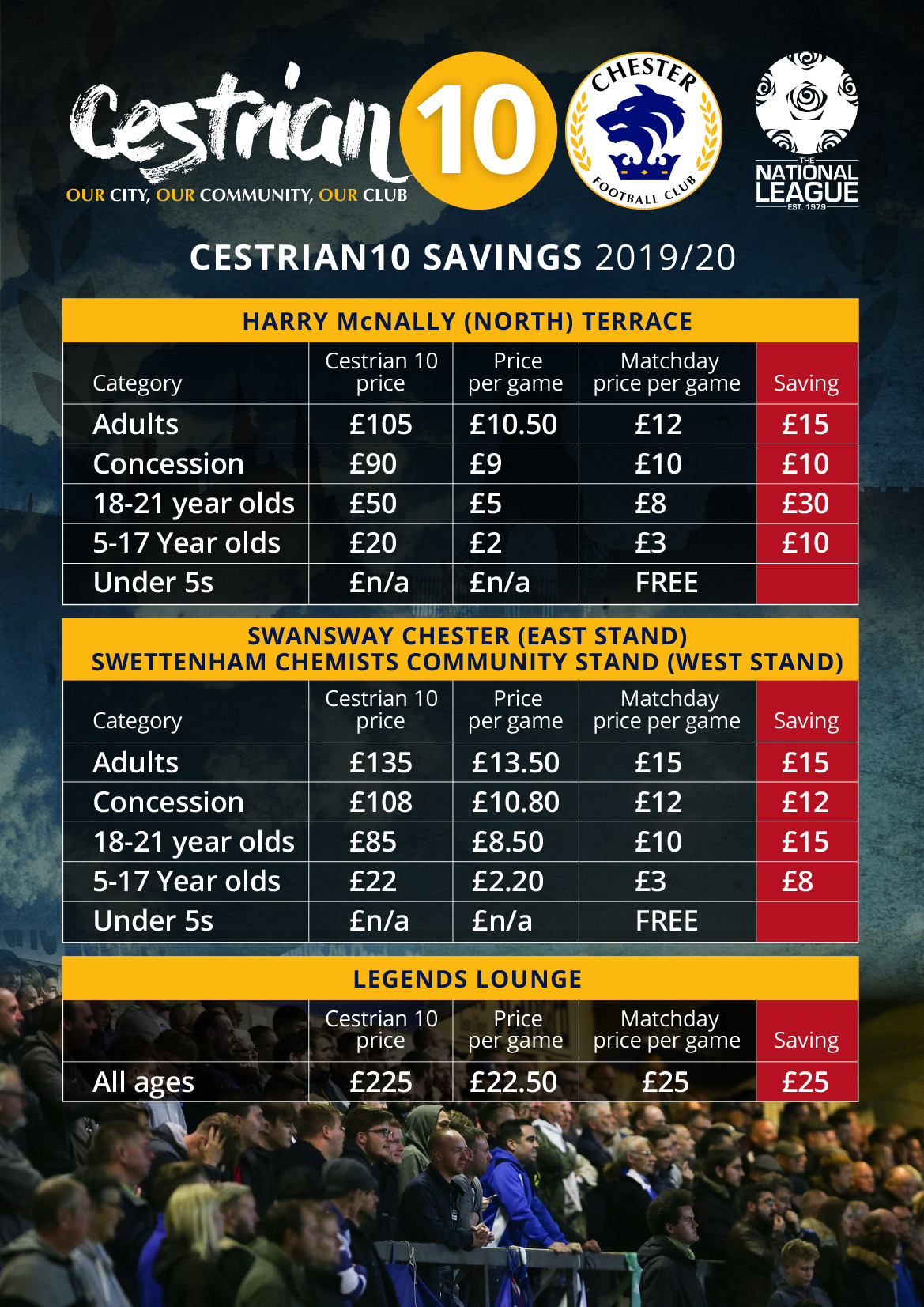