Football will return to the Deva Stadium this Sunday, 20th October, when a match will be staged to raise funds for the Squadbuilder £20k #PushForPromotion initiative.

This Sunday, come down to the Deva Stadium to watch local footballers take on a team fielded by Bernard Morley’s Step-Father, Gary Bleackley, which will feature a number of players who have turned out for Chester FC and others with Premier League experience. We are also expecting Bern & Jonno themselves to take part in the match.

Entry is FREE although the Fundraising Working Group will be out and about as they look to build towards our £20k Squadbuilder #PushForPromotion.

It will literally be a game of two halves as in the First Half Chester Supporters FC are scheduled to take on Gary’s team while Hoole Rangers FC are set to be their opponents in the second.

The club wishes to thank Gary for hs tremendous support. 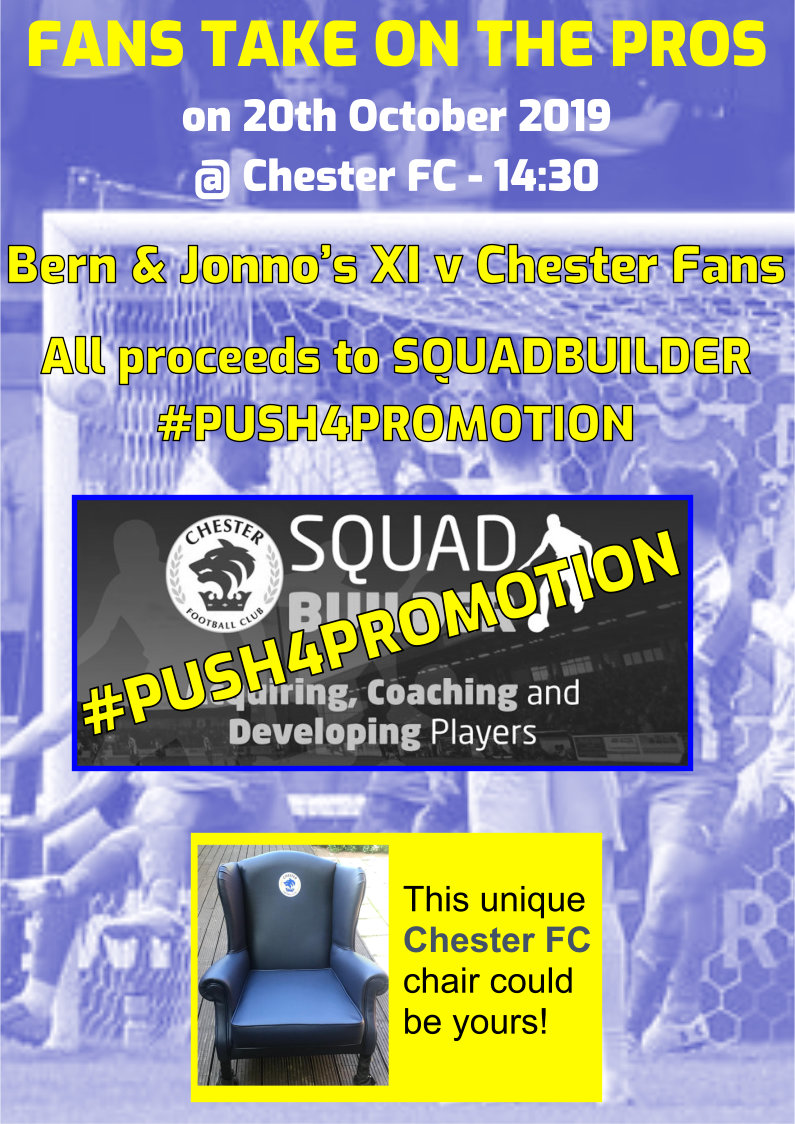