From the Wirral, Matty is an Academy Graduate and part of Calum McIntyre’s squad that reached the Third Round Proper of the FA Youth Cup.

Thomson made his senior debut in April 2018 – playing the full 90 minutes against Maidstone United.

Matty signed a professional deal at the Deva in June 2018 and the right back made 16 appearances in all competitions last term before signing a one-year extension in the summer. 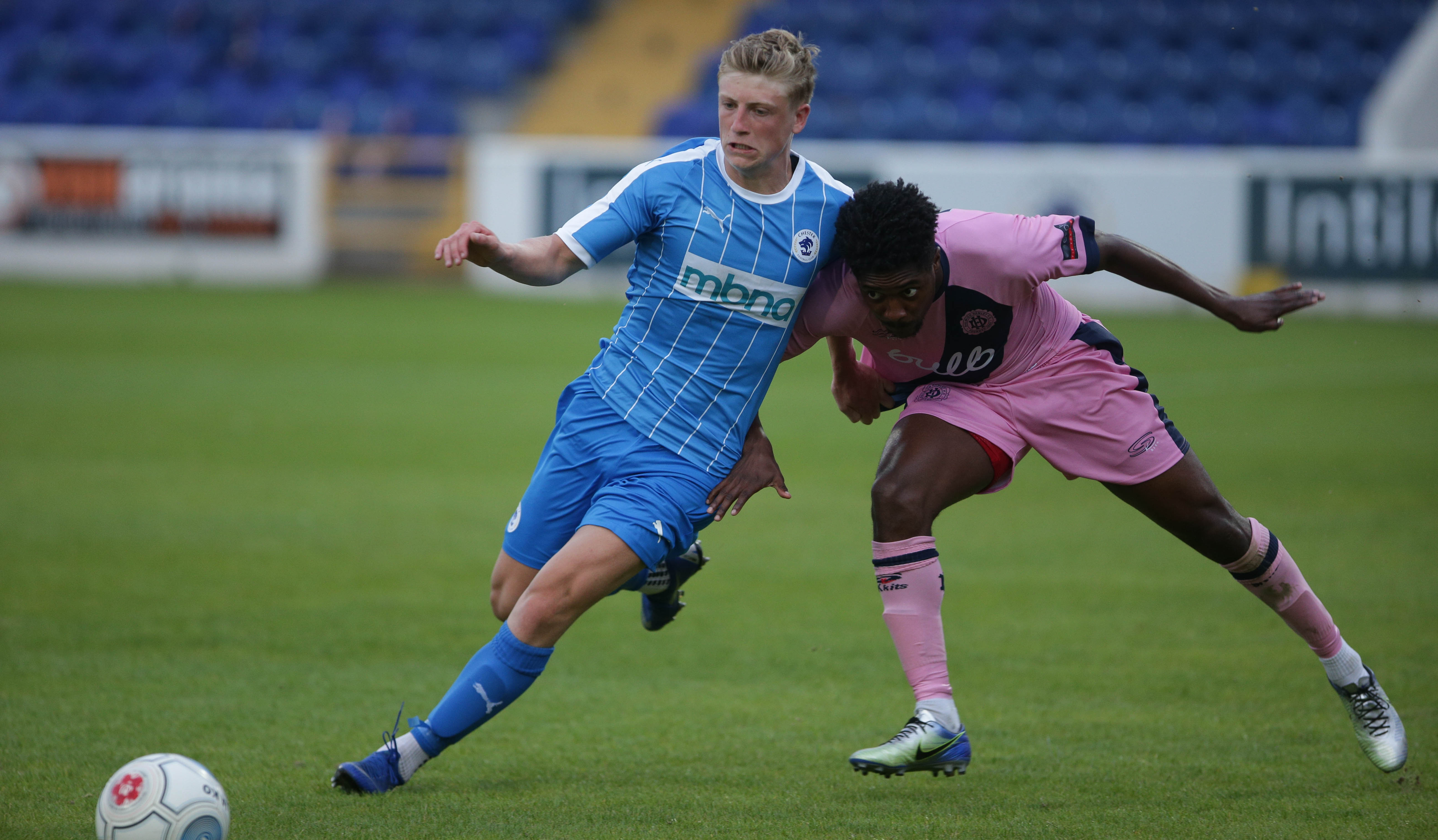 Louis is also an Academy Graduate, signing a one-year deal with the club after impressing through the Blues scholarship programme.

A physical central midfielder from Halewood, he joined the club from Blackburn Rovers in May 2017.

Louis has been recalled from a loan spell at Burscough in order to make the move up a division and also impressed during pre-season at centre back in Chester FC XI fixtures at Cheadle and Rylands.

Bamber Bridge sit 20th in the Bet Victor Northern Premier Division – the league below the Blues. 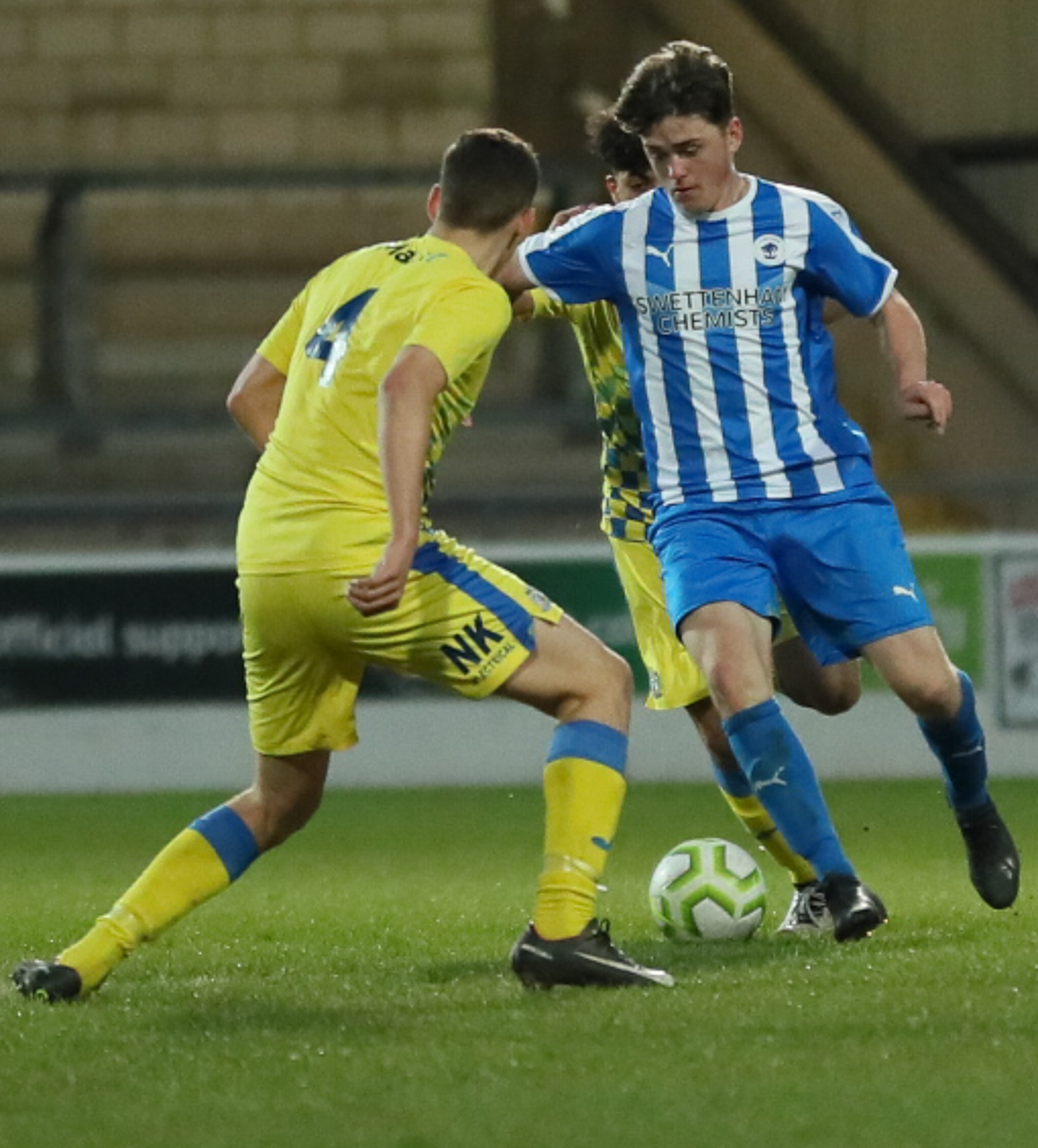 Louis Hayes in action for the Blues

Best of luck, Matty and Louis!