After an early exit from the Emirates FA Cup this week, the Blues will be hoping their league momentum continues tomorrow afternoon.

A replay with Altrincham in 2QR after a 1-1 draw, the Blues were unfortunate to go down by just the one goal in the replay on Tuesday at a wet Moss Lane. James Jones’ early header proved to be the difference – but a controversial George Waring goal could have seen a different result. Nevertheless, they will be looking to keep the momentum running after just one defeat in 11 at the start of the league season.

Kevin Roberts was spotted doing some light running before Tuesday’s match, but tomorrow will probably be too soon for him. Jamie Morgan will serve the last game of his ban this weekend. But one positive was minutes for Joel Taylor off the bench, even though he was forced off with injury just a week ago.

The Blues face a Leamington side they took just one point off last season. The Brakes also faced a replay on Tuesday, but went to Extra Time at Chasetown before winning. In the league they have an ‘up and down’ last five – winning three games in a row before more recently having lost two on the bounce. Those losses were big defeats too, a 5-0 defeat at Altrincham and a 3-0 home loss to surprise package Farsley Celtic.

Paul Holleran’s side goal threat is likely to come from Josh March, who already has seven goals this term – having stepped into the goalscoring shoes of Colby Bishop; the striker that was sold to Accrington Stanley during the summer transfer window. 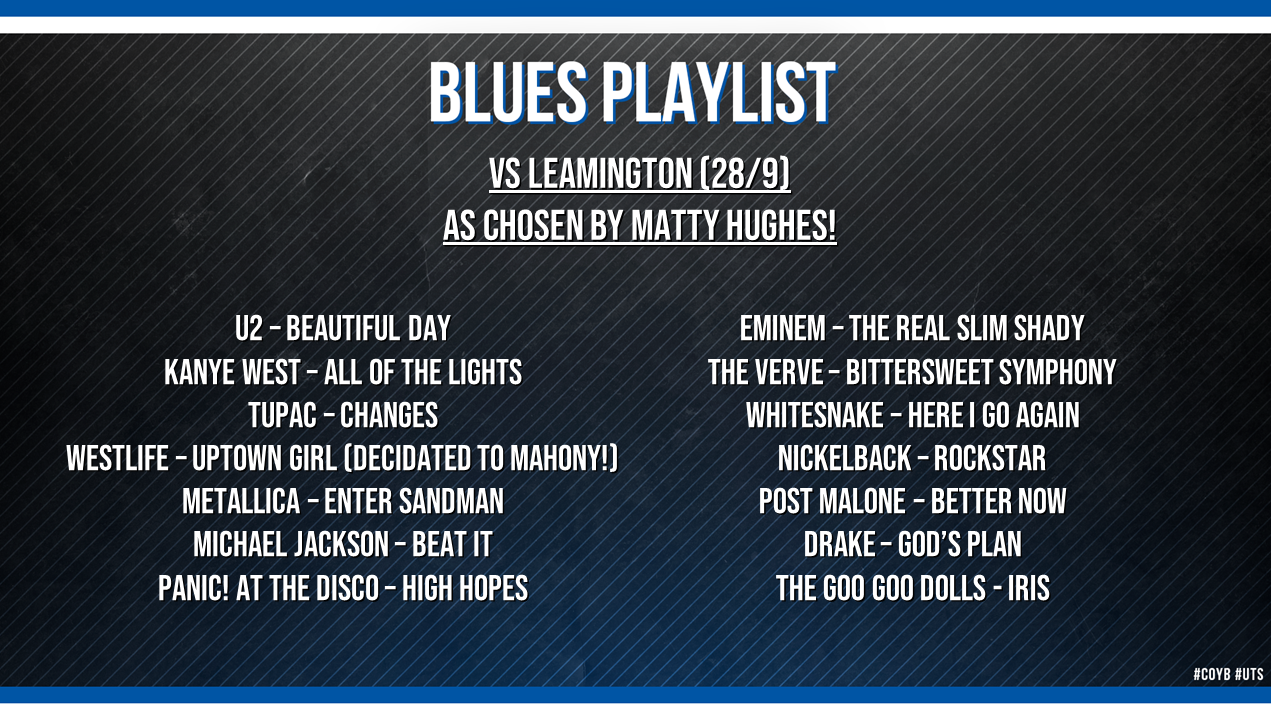