The Blues are back in action tomorrow afternoon – with another 3rd vs 4th National League North clash for the second Deva game running.

After sweeping previous challengers Hereford aside on Bank Holiday, attentions turn to high flying Guiseley. The Lions were relegated with the Blues back in 2018 – dropping into the National League North – and suffered somewhat mixed fortunes. Chester finished just three points shy of the play-offs with Guiseley ending in 19th, the spot above the relegation places.

Nevertheless, the Nethermoor side are reaping the rewards of showing patience in management duo Russ O’Neill and former Blues Manager Marcus Bignot – with the side looking up this term.

Chester bounced back from defeat at Spennymoor with a superb 3-1 win at Curzon Ashton on Monday. However, due to last Saturday’s controversial loss, they are without solid centre defender Danny Livesey to suspension. This could mean a start for Salford loanee James Jones, or Kevin Roberts filling in at centre back. There are a few options at the disposal of Joint Managers Anthony Johnson and Bernard Morley.

But this reshaped defence will have to be very wary of the threat posed by National League North top scorer Aaron Martin. The 28-year-old already leads the scoring charts with ten goals in just nine games. He joined in May from Brighouse Town, where he notched 30 goals and 11 assists in 42 games last term. Nevertheless, the Blues certainly have a threat of their own up top in Akwasi Asante. He bagged another on Monday, and is averaging almost a goal a half in terms of minutes played this season.

Nothing could split the sides head-to-head last season, and this one may have all the makings of a classic. You daren’t miss it!

Tomorrow is the CFC Fan Engagement Working Groups #BestOfBritish themed matchday! With no Premier League footy due to internationals – we would love anyone without a game to watch to come and back the lads – who are unbeaten at home this season!

Wear your international tops or your Chester gear and come and back the lads.

We will be screening the England vs Bulgaria match in the Blues Bar after tomorrow’s game. Grab a drink and watch the Three Lions!

There will also be a half time penalty shootout, face painting in the car park courtesy of the Community Trust and much more! 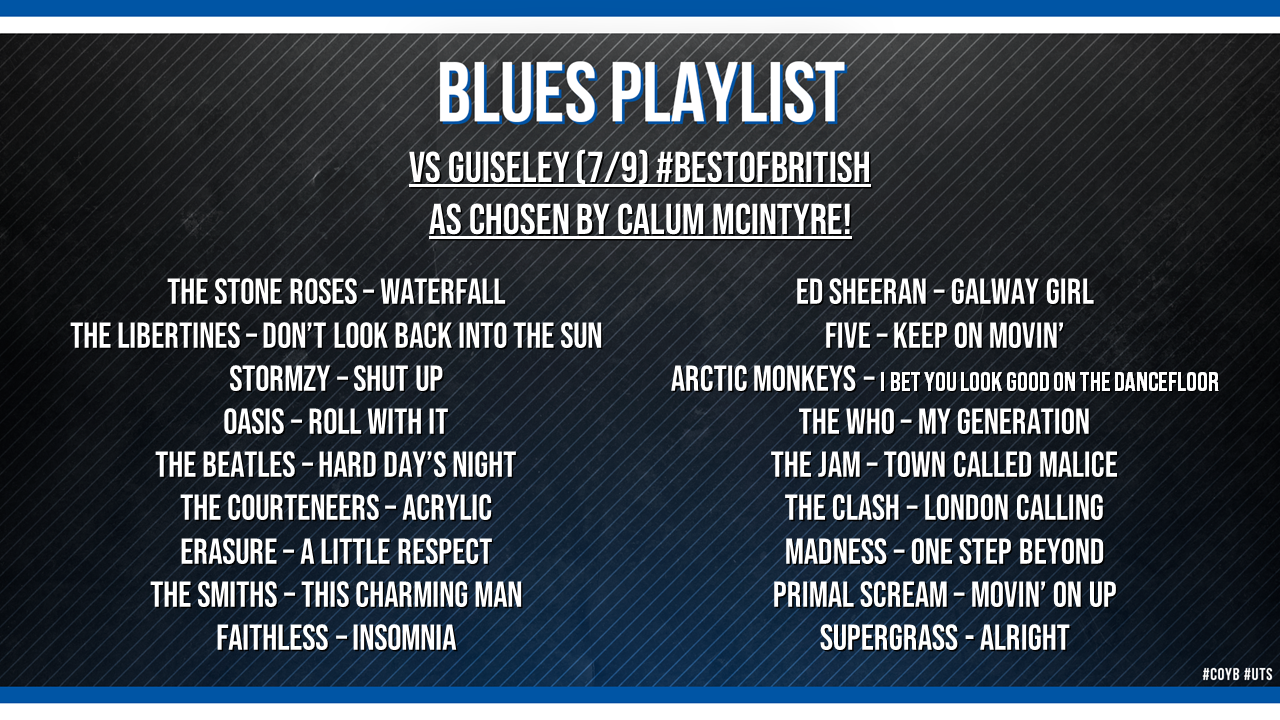