It’s the start of a brand new season tomorrow afternoon, as Chester hit the road to visit York Street for what is expected to be the final time ever.

It was a summer of improvement for two sides who finished just short of the play-offs last term. It looks likely Boston United begin their final ever season at their York Street home, as the club is aiming to move into a new, modern stadium by the beginning of next season.

There was little to separate the teams last season in terms of the 42-game National League North table. The Blues finished in 9th, two places and four points above tomorrow’s opponents. Anthony Johnson and Bernard Morley’s side will be eager to make up the three point gap which saw them miss out on a play-off place last term.

The Blues will take heart from doing the double over the Pilgrims last season. In September 2018, Steve Howson and Dan Mooney fired us to a 2-0 away win. Then, in the reverse, Chester romped to a 4-1 victory with Akwasi Asante, Anthony Dudley, Craig Mahon and George Waring on the scoresheet. All four players remain with the club this term – Mahon now into his seventh campaign with Chester FC.

New signings Russ Griffiths, Jamie Morgan, Joel Taylor and Danny Elliott could all make their debuts tomorrow. Kevin Roberts and James Jones are in their second spells with the club – while Danny Livesey and Anthony Dudley made their loan moves from Salford City permanent during the off-season.

Forward Matty Hughes has been proving his fitness this summer following a lengthy spell on the sidelines after an ACL injury, and has signed non-contract forms ahead of this match – meaning he could be involved in the 16-man squad.

A busy schedule of pre-season came to an end Tuesday with defeat at FC United – but with the hybrid model now in play the Blues have had two training sessions to right the wrongs ahead of a brand new adventure.

Kick off tomorrow afternoon is 3pm – in what looks likely to be a cracker to get the National League North ball rolling. 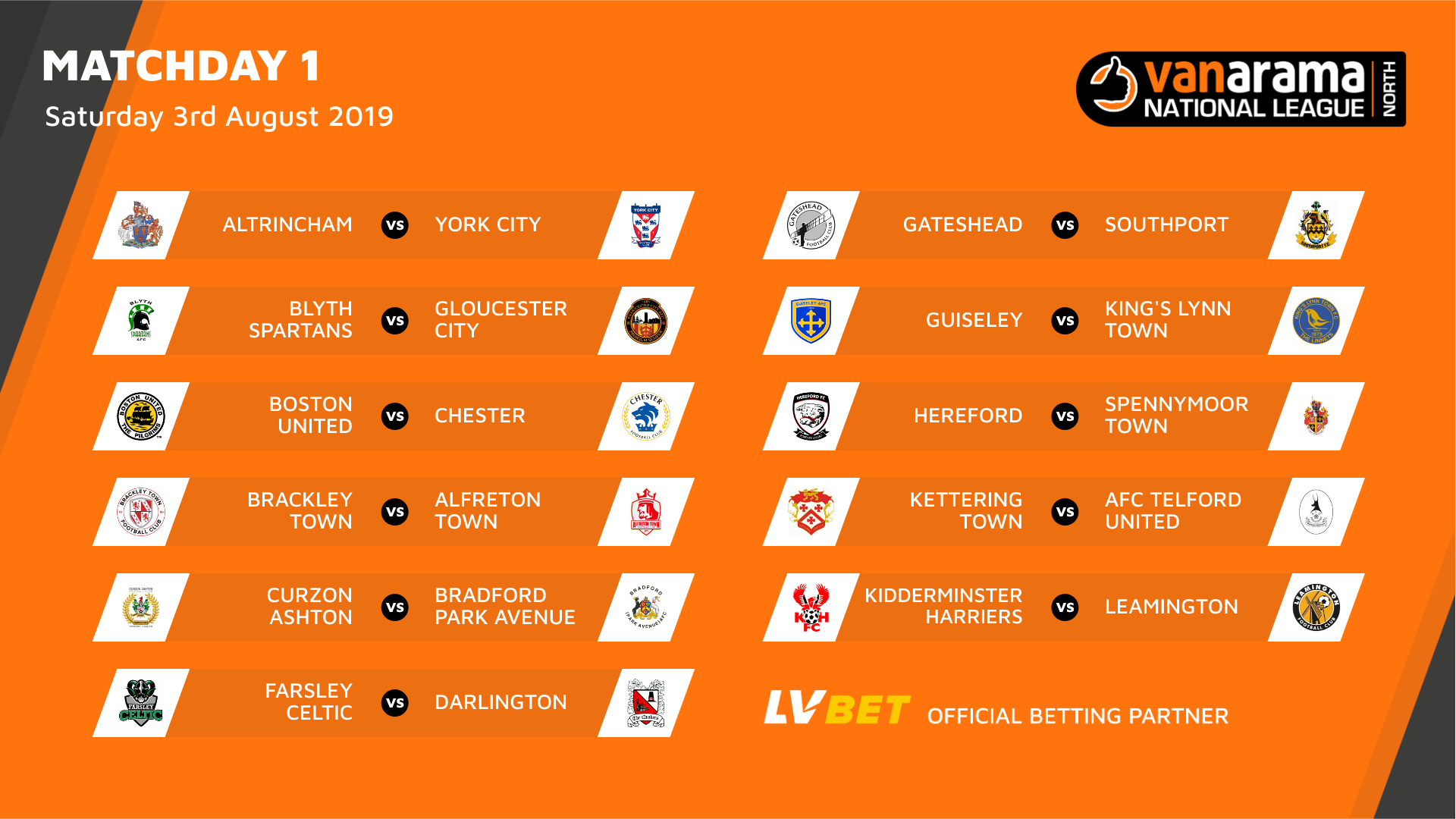 Kick off tomorrow is 3pm at York Street. The postcode for the ground is PE21 6JN.