Chester’s away day woes continued last Saturday at Altrincham – but their strong home form gives them an opportunity to put things right tomorrow against Leamington.

A 4-0 loss at Moss Lane on Saturday, accompanied by midweek results for sides above mean that Bern and Jonno’s side are now in 9th; five points shy of the Play-Off places.

Four defeats in a row for the Brakes have pushed them down the table to 17th place, and looking over their shoulder possibly – just six points off the bottom three now. In the reverse fixture in November, Paul Holleran’s side took their chance courtesy of Colby Bishop to beat the Blues 1-0.

Midfielders Scott Burton and George Green are suspended for the game, meaning the Blues Managers could have a midfield selection headache tomorrow. Akwasi Asante and Simon Grand were unused subs at Altrincham last weekend, and could be in line to return to the line up. Asante has seven goals in his first five matches for the Blues – an impressive record only blighted by injuries so far.

This Saturday is Chester FC Community Day as the Blues welcome Leamington with Anthony Johnson and Bernard Morley’s play-off chasers bidding to get back on track.

Community Day aims to celebrate our club’s links with local communities and showcase the work of the Community Trust, who will be the match sponsors.

There will be lots happening around the Swansway Chester Stadium with over 500 community tickets snapped up for the Intilery South Stand for the game, which kicks off at 3pm.

Pre-match activities begin at 1pm and include face painting, football inflatables and challenges, music, ice cream and a soft Play Bus for younger children. There will also be a bucket collection to raise funds for the Community Trust and all contributions will be greatly appreciated. 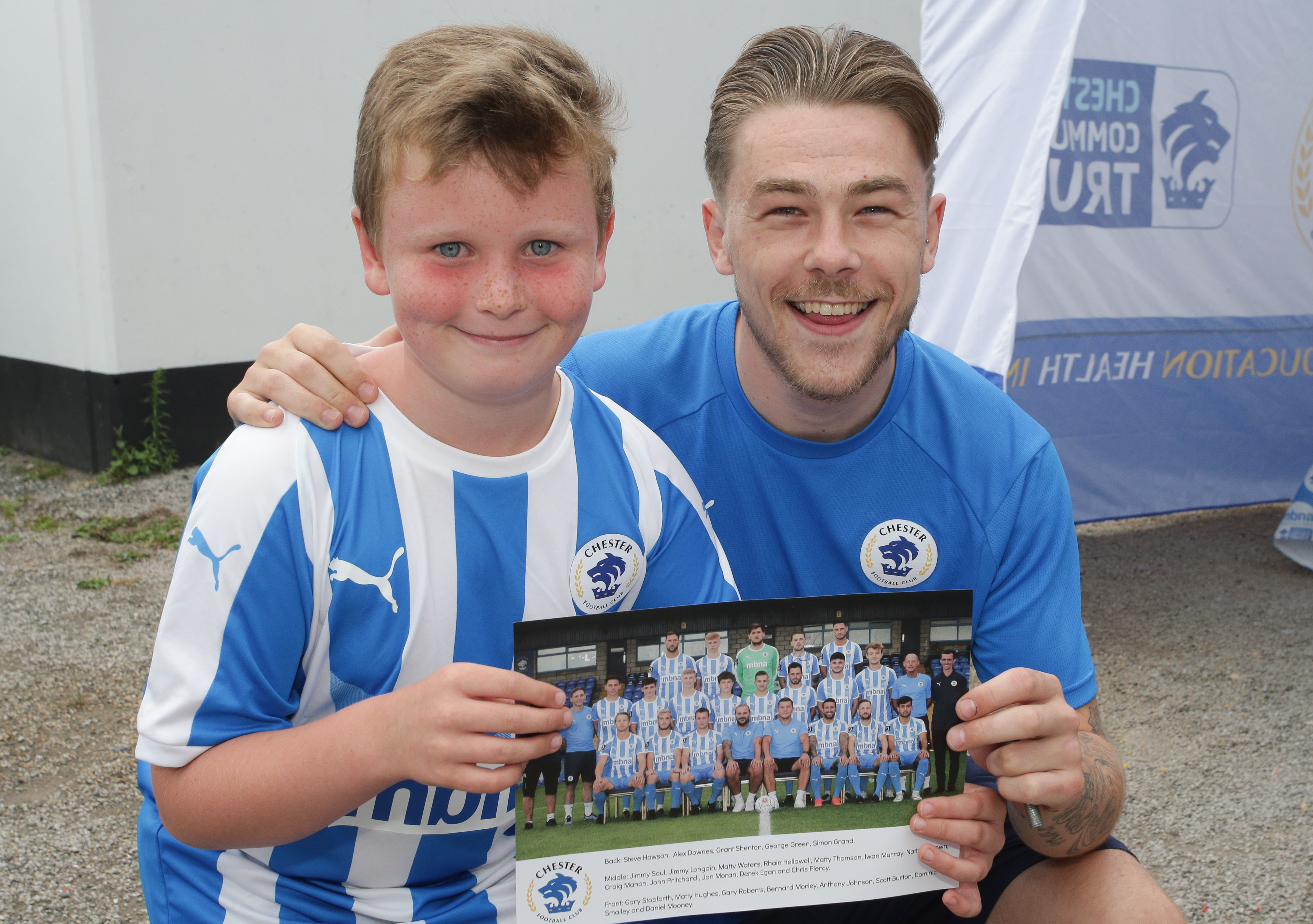 At half-time there will be a parade of children around the pitch with youngsters encouraged to wear kits/colours representing their football team or school. All children aged U16 are welcome to join this parade –look out for the Community Trust coaches who will be leading the parade.

Please note groups who have ordered community tickets can collect these from Community Trust gazebo outside the Red Insure Stand from 1pm onwards.

And don’t forget the Blues Bar will be open before and after the game for both home and away fans with children welcome.