The Blues will be looking to bounce back this evening from Saturday’s defeat at Bradford Park Avenue, with Blyth Spartans making the journey from the North East.

A 2-0 defeat was perhaps a harsh scoreline on the weekend, with a controversial early goal putting the hosts in a good position to earn three points. Injury headaches have made life difficult for Anthony Johnson and Bernard Morley – and the situation isn’t getting any easier. They could be without several key players once again this evening.

Nevertheless, a strong home record this season always brings confidence when the Blues compete at the Swansway Chester Stadium. With nine wins and just two defeats from 15 matches, the Deva is a real fortress in the National League North this term.

They will need it to be a fortress again this evening. Blyth Spartans will leapfrog Chester with a win tonight – and edge ever closer to the Play-Off hunt. On the flip side, a home success tonight narrows the gap for the boys in blue to just one point off the top seven.

It promises to be a cracker. Come on you Blues! 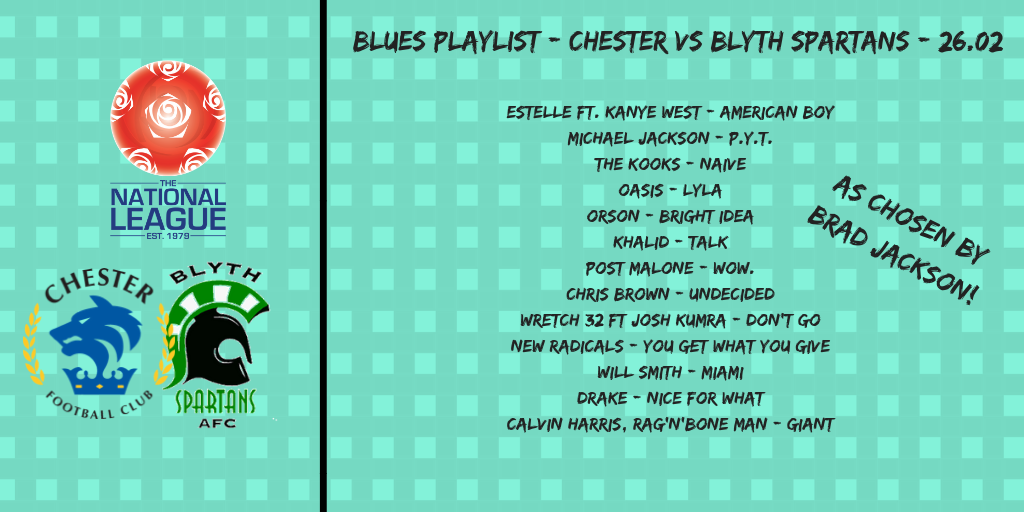