The Blues, unbeaten in 2019, look to pick up another crucial three points tomorrow – as the National League North season draws towards its crunch.

Anthony Johnson and Bernard Morley’s side were held to a 1-1 draw by ten-man Guiseley last Saturday. Anthony Dudley’s 10th of the season wasn’t enough for all three points.

Midfielder George Green missed the game through suspension, but returns tomorrow afternoon to be considered for selection.

Defender Matty Thomson may also be back, but Gary Stopforth and Akwasi Asante are likely to remain out.

Winger Ben McKenna arrived from Bradford (Park Avenue) today – as the 26-year-old becomes yet another attacking option to boost the Blues ahead of this game.

They face a Curzon side who sit 16th in the National League North table – seven points above the drop zone. Their survival chances massively improved by three wins in a row. 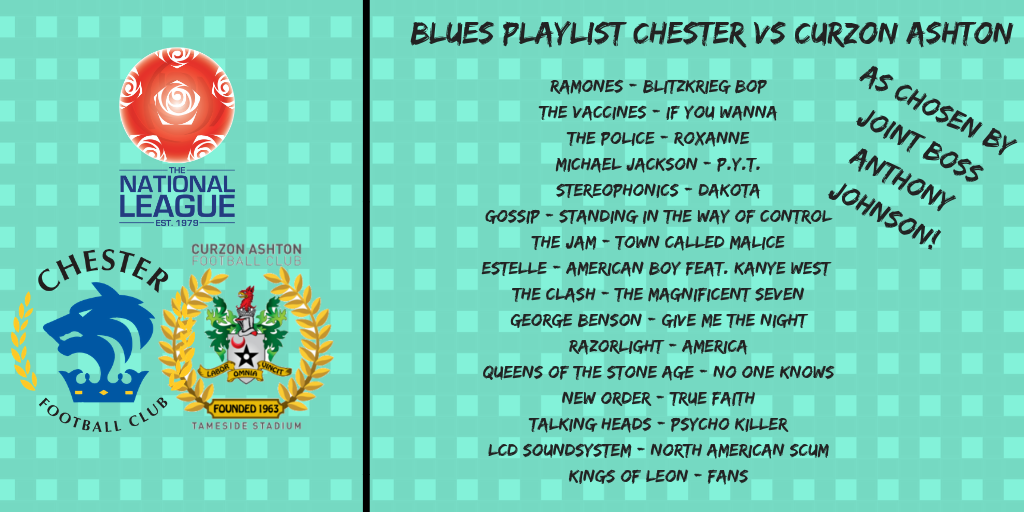 Chester FC will also be remembering the late Micky Metcalf – who sadly passed away last month.