The Blues kick off 2019 back at the Swansway Chester Stadium tomorrow – facing the National League North’s in form side, Southport.

Getting back to winning ways, and also revenge, will be on the agenda for Anthony Johnson and Bernard Morley’s side. On Boxing Day in the reverse fixture, Southport ran out convincing 3-0 winners.

A brace from Captain David Morgan and a Bradley Bauress strike sealed the win for Liam Watson’s team on the 26th. They followed it up with a 2-1 win over Alfreton on Saturday.

Chester had a much different festive period, being stretched by injuries to key players, they have lost back to back matches against the Sandgrounders and Hereford respectively.

Nevertheless, tomorrow is a time to take eyes off the away form and focus on fortress Swansway. Just one home loss this season and the best home record in the NLN aides the Blues tomorrow afternoon.

They could remain without Danny Livesey and Gary Stopforth tomorrow. Akwasi Asante has also been sidelined for the last two, but the Hereford game was the last of his loan spell as the club chase a permanent deal. 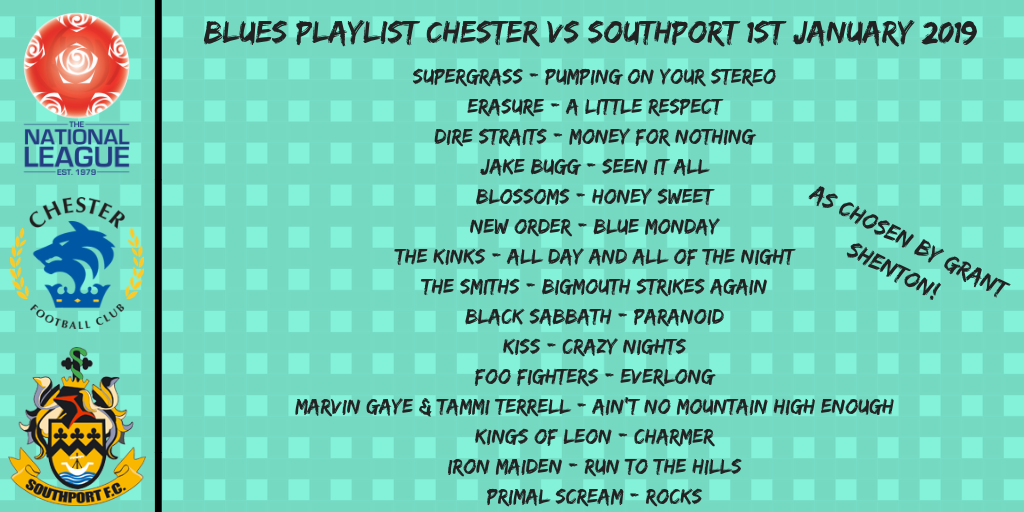 Happy New Year – Up The Seals!