After 14 days away from football, the Blues return to National League North action at the Swansway Chester Stadium tomorrow to face AFC Telford United.

The Blues will be looking to build on an unbeaten December so far. They turned in one of their most impressive performances of the season at Stockport County last time out – but missed golden opportunities and could only draw the game 1-1.

Anthony Johnson and Bernard Morley will want their side to be more ruthless in front of goal then – as they welcome 8th placed Telford, looking to avenge the reverse fixture earlier this season.

Gavin Cowan’s side have made a strong start to the season, and sit outside the Play-Offs only on goal difference. In the previous encounter at the end of August, Telford won the game 3-1 aided by a brace from former Chester loanee Daniel Udoh. 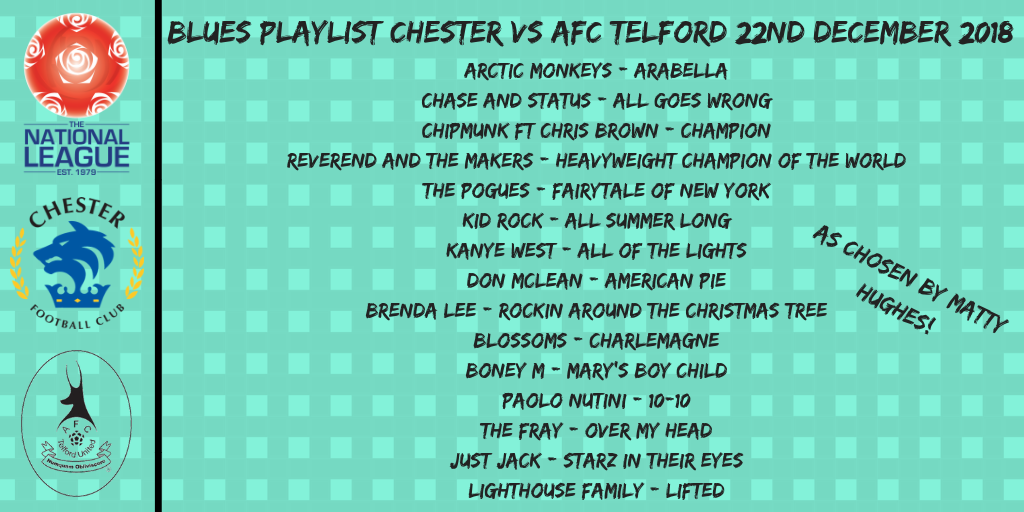