It’s been a 25 day wait, but finally the Blues get back to National League North action tomorrow.

Anthony Johnson and Bernard Morley’s side will be looking to pick up where they left off in the league, the 3-0 victory over Hereford on 2nd October made it seven unbeaten in the division.

In the Blues’ absence, they have dropped to 8th place. However, with sides above dropping points this month, they could go as high as 2nd if games in hand are capitalised upon.

In midweek, a steady performance shook off rustiness in the Cheshire Senior Cup – as the Blues ran out 2-1 winners over Witton Albion. Gary Roberts and Craig Mahon got the goals, on a night where a bulk of players returned from injuries which offers real encouragement going into an action packed few weeks.

Be aware, Alfreton represent a tough task tomorrow afternoon. Whilst they have lost all of their last four games in the NLN, they have recruited strongly this week with incomings such as Reece Styche, David Lynch and Sam Hird.

With a Manager like Billy Heath also on board, who has been promoted from this division before with FC Halifax, they represent challenging opposition at the Swansway Chester Stadium. 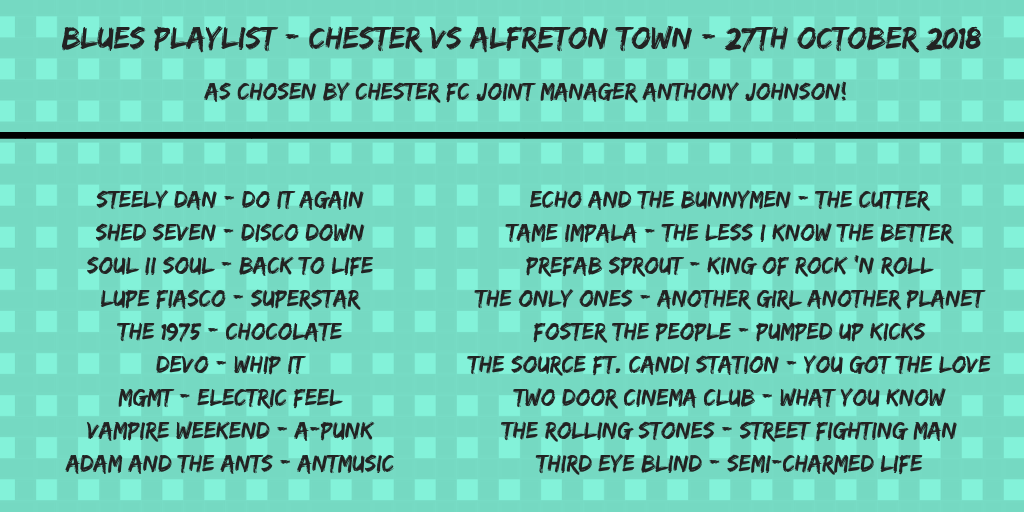 What’s going on before the game?