The Blues play their National League North game in hand this evening – as Hereford visit the Swansway Chester Stadium.

Anthony Johnson and Bernard Morley’s side will be looking to make it eight games unbeaten tonight in all competitions, and a victory would see them move into the Play-Off positions.

Chester will take confidence from an unbeaten start at the Swansway, looking to build on what was an excellent September; which ended with a more than deserved point at league leaders Chorley on Saturday. Gary Roberts and top scorer Anthony Dudley missed the goalless draw through injury, and the Blues will be hoping they can have a swift return to match action.

They face a Hereford side struggling for form in the division at the minute. Newly promoted to the NLN, they won three of their opening four games. But have now failed to win in the league in six matches. In that time there has been the surprise sacking of Manager Peter Beadle – who guided them to three successive promotions – and the appointment of a Head of Football – Tim Harris – as part of a restructure for the club.

The Bulls are yet to appoint a Head Coach – but will be buoyed by their FA Cup exploits just six days ago. 3-0 down at Truro in a Second Qualifying Round reply, they pulled it back to incredibly win 4-3 after extra time. The 17th placed side could move up four positions with a win this evening.

A familiar face returning to Chester tonight is striker Harry White. The forward was with the Blues throughout last season and leads Hereford’s scoring charts with four goals this campaign. 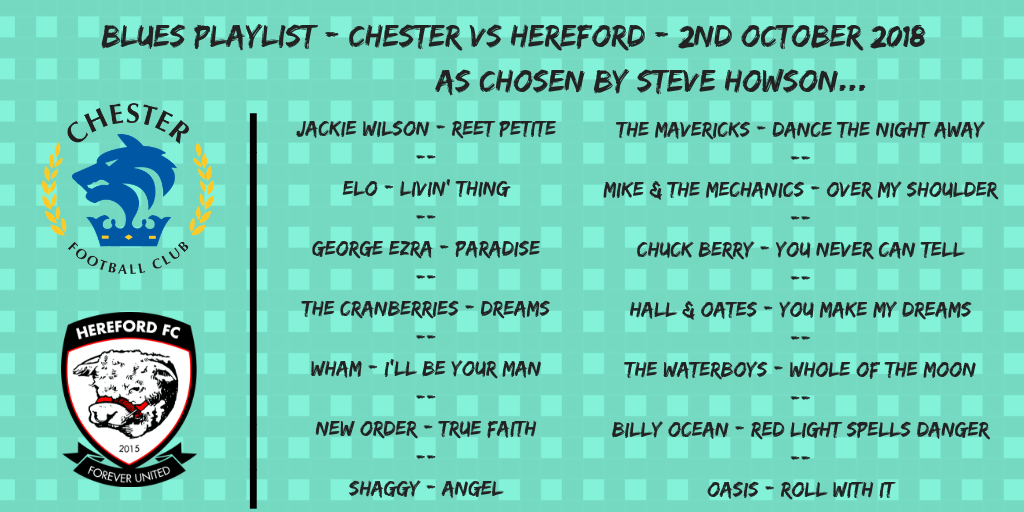