The Blues return to action this evening, hosting a Kidderminster Harriers side who are looking to close the gap on National League North leaders Chorley.

Chester themselves are unbeaten this month, with two wins and two draws, and will take serious encouragement from Saturday’s win at Boston United.

A 2-0 win saw an attacking threat and defensive solidity – but Anthony Johnson and Bernard Morley are well aware of their sides need to be consistent with those types of performances.

Kidderminster represent a real test this evening. Unbeaten this season in their nine games, they have won four games in a row. In this impressive run they have only conceded two goals.

They were excellent on Saturday – perhaps their best performance this campaign. A 3-0 victory away at York City was a dominant display. Ed Williams struck twice and Joe Ironside added a third before half time.

Ironside was on the scoresheet against Chester last season, as the two met in the Emirates FA Cup Fourth Qualifying Round. Kidderminster beat the Blues 2-0 that afternoon. 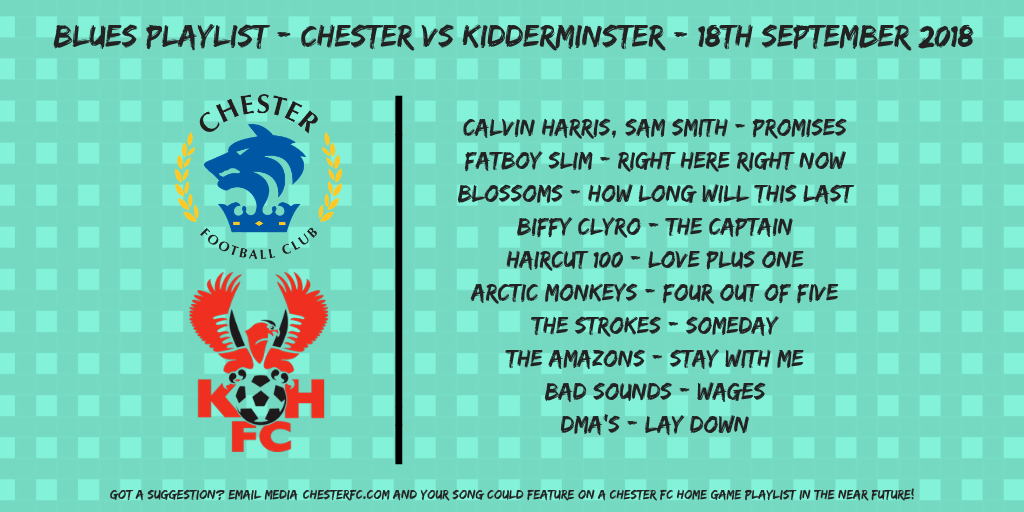 Kick off tonight at the Swansway Chester Stadium is 3pm. Our Sat Nav postcode for the stadium is CH1 4LT.