Blues Joint-Managers Anthony Johnson and Bernard Morley began their managerial career at ‘The Rams’ for the 2009-2010 season. Under the duo, Ramsbottom went from the North West Counties to the Northern Premier League – the seventh tier of English football – for the first time in their history.

Chester’s Pre-Season began with a 7-0 defeat to Liverpool on Saturday. 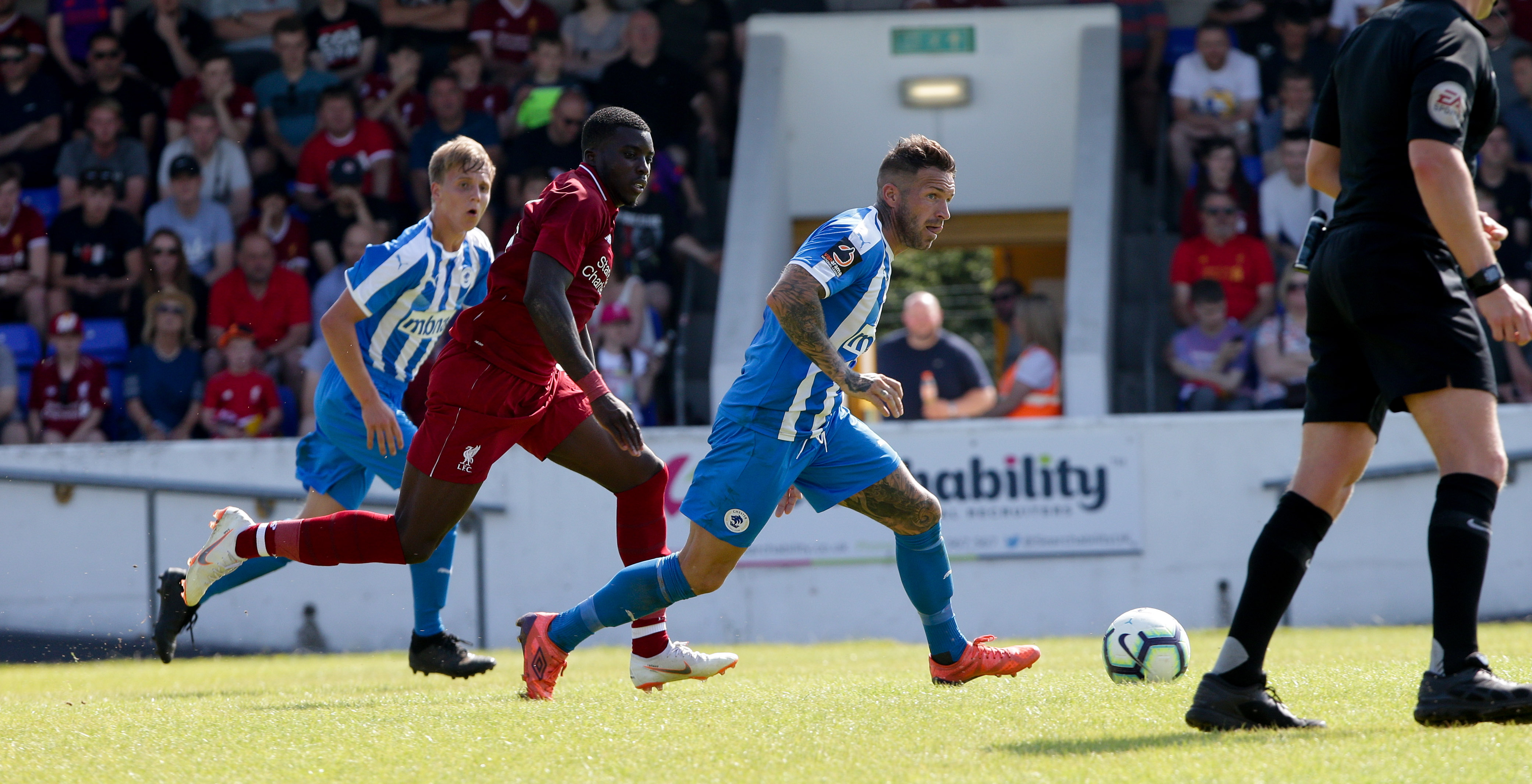 Regardless of the result, it was a fantastic learning experience for the Blues players and staff alike to rub shoulders with elite footballing talent. A game against Ramsbottom is the first of three away games in a row for Johnson and Morley’s side. Following tonight they visit Runcorn Linnets and Llandudno. With no new recruits since Saturday’s game, it is expected a similar line-up will feature for Chester.

As mentioned, Johnson and Morley guided Ramsbottom to their highest level ever – the Northern Premier League – back in 2014. In January 2015, they moved to Salford City. However, The Rams were relegated for the first time in their history at the end of the 2015-16 campaign; 50 years on from when they were formed. Two mid-table finishes – both in 14th place – have followed in Division One North.

Kick off tonight at the Harry Williams Riverside Stadium is 7.45pm. The Sat Nav postcode for Ramsbottom Cricket Club – adjacent to the football stadium – is BL0 0BS.

Entry is £5 Adults and £2 Concessions.